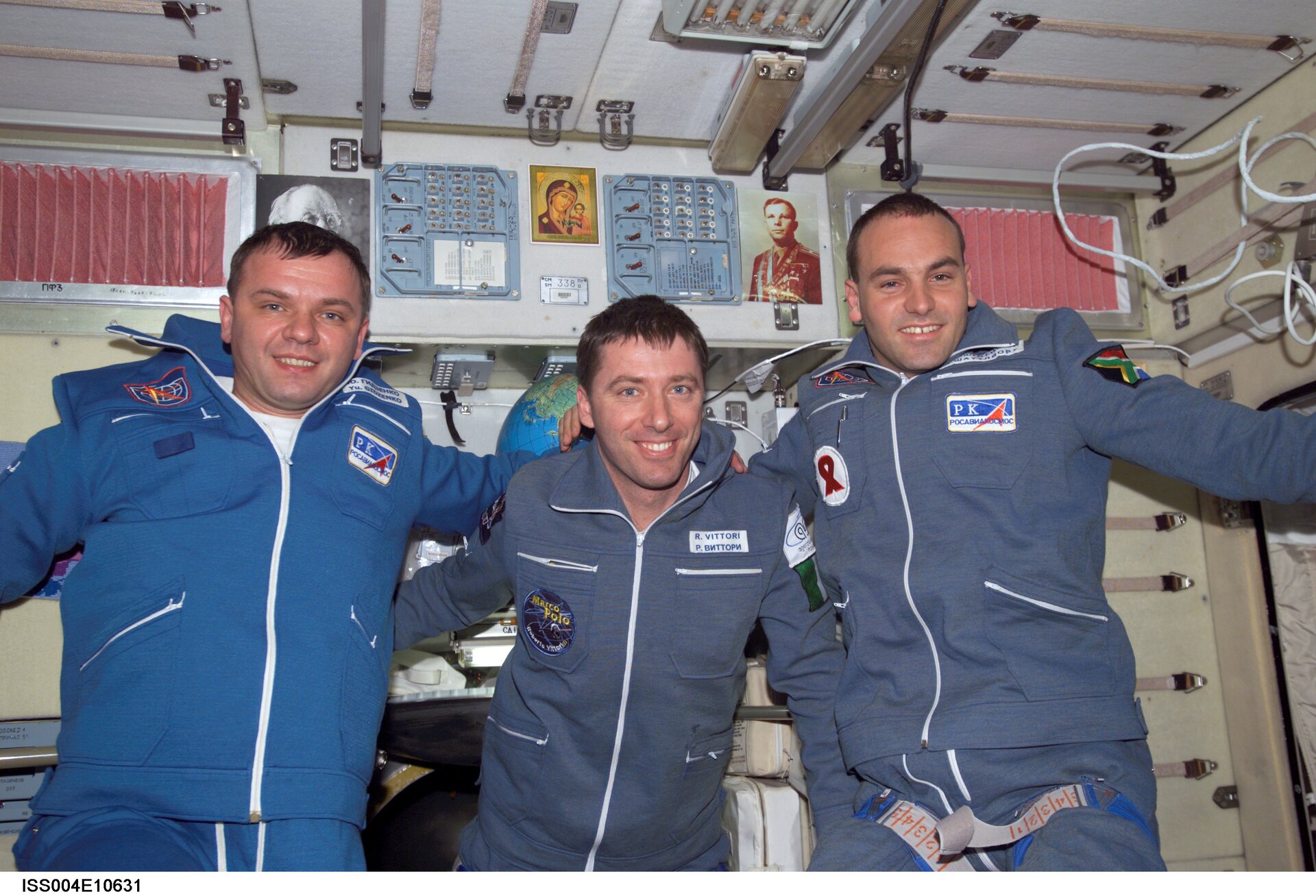 Delivering a message of admiration for the technical achievement evident on the ISS and of peaceful cooperation for the benefit of all, Nelson Mandela’s voice not only travelled the 400 km up to the Space Station, but also across all national and cultural barriers. Listening in were Russian Soyuz Commander Yuri Gidzenko and Italian ESA astronaut Roberto Vittori, who thanked Mandela for the words of support. Calling Mandela by his honorary name "Madiba", meaning the head of the family, Mark Shuttleworth described how the work on board ISS helps to improve life on Earth.

One orbit later Roberto Vittori exchanged similar views with Signor Casini, President of the Camera dei Deputati, one of Italy’s chambers of Parliament, who together with ASI’s President Sergio Vetrella was linked with Roberto via TV. Roberto thanked them for their good wishes and showed some scenes of the inside of ISS and the excellent working conditions it now already offers.

In the course of the day a problem with the data storage of the CHIRO computer unit gave the ESA/ASI operational group, assembled at the Moscow Flight Control Centre (TsUP), more work to do. A solution was found and the procedure will be up-linked on Friday to ensure that all experiment data are returned to Earth.