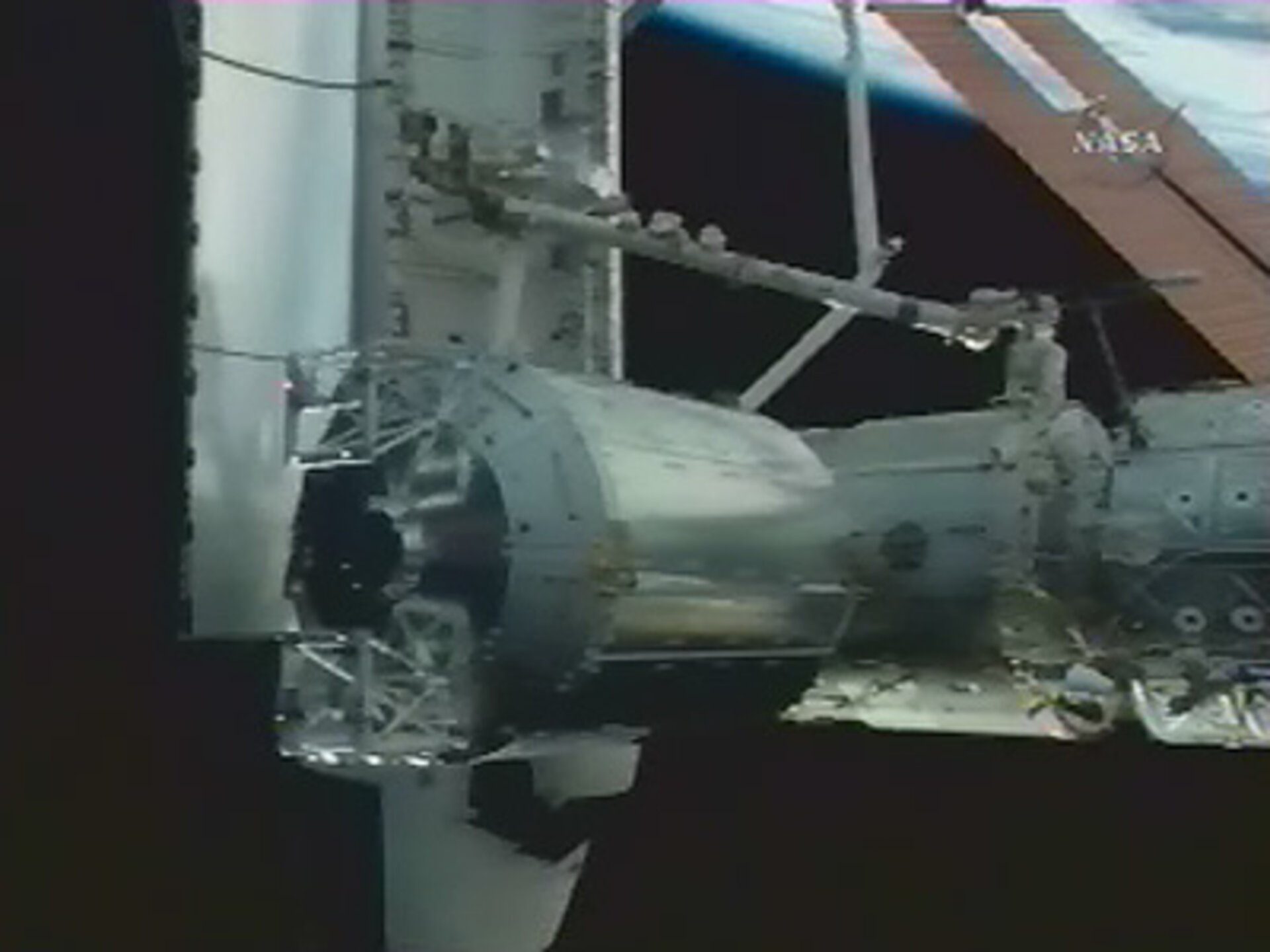 The European Columbus laboratory has completed its voyage to the International Space Station. Columbus was officially attached to the right side of the Harmony module at 22:44 CET this evening.

ESA astronaut Leopold Eyharts, who was at the controls of the Station's robotic arm for the final capture and initial berthing of Columbus, reported to Mission Control, "The European Columbus module is now part of the ISS."

Columbus was installed during the first spacewalk of the STS-122 mission. From outside the ISS, astronauts Rex Walheim and Stanley Love prepared the module for installation before the Station's robotic arm was used to lift Columbus into position.

The hatch between the ISS and the Columbus laboratory will be opened for the first time tomorrow, Tuesday 12 February. Partial ingress will occur at 14:50 CET. Wearing protective glasses and a facemask, Léopold Eyharts will enter Columbus for the very first time to start initial activation of the module. Full ingress is scheduled for 20:55 CET.

Walheim and ESA astronaut Hans Schlegel also will continue to prepare the Columbus laboratory when they perform STS-122’s second spacewalk on Wednesday.