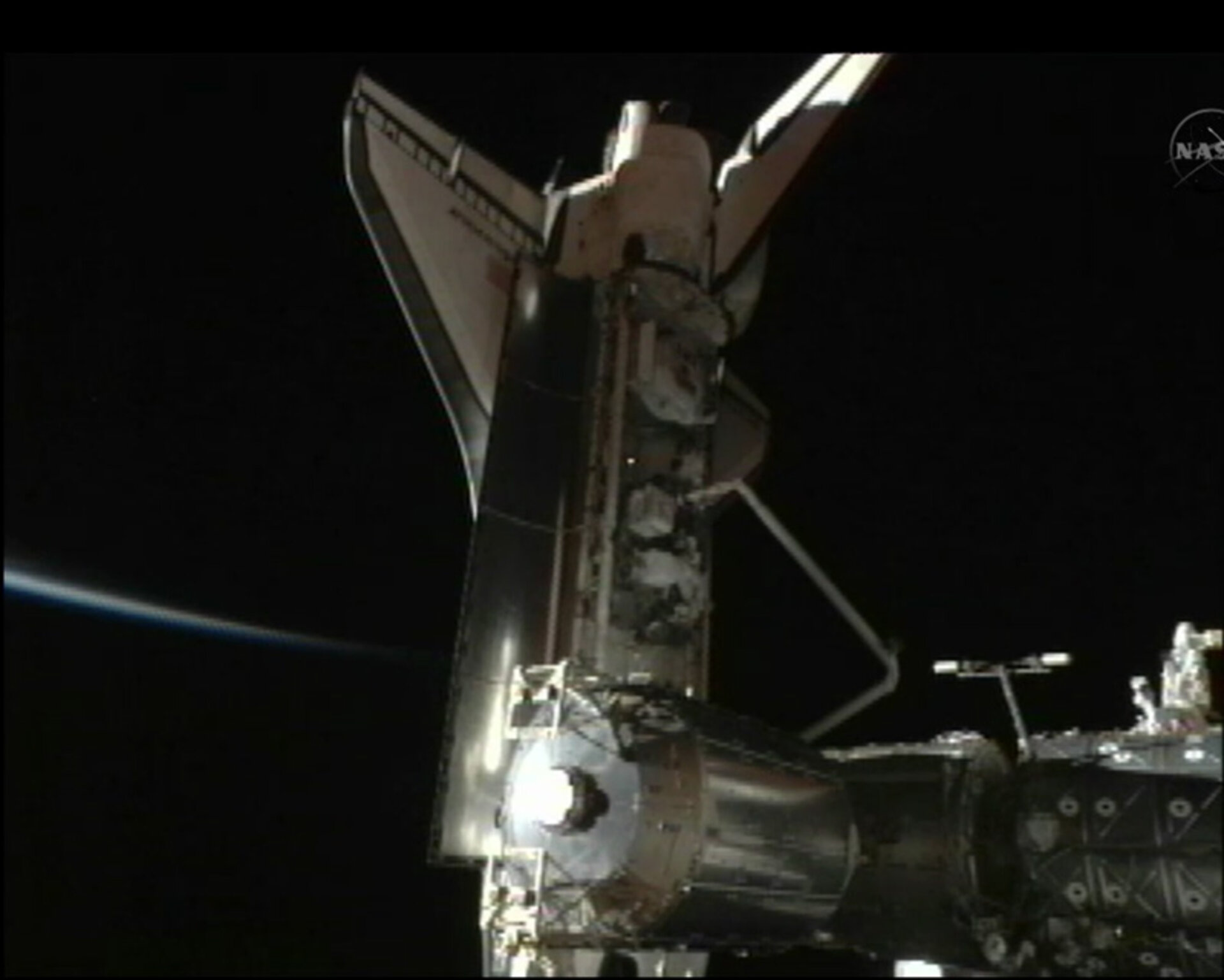 Space Shuttle Endeavour arrived at the International Space Station today at 12:14 CEST (10:14 GMT) after chasing it in space following a textbook launch on Monday. The 12 astronauts are now working together.

The hatches between the Shuttle and the International Space Station (ISS) were opened at 13:38 CEST after leak tests.

ESA astronaut Roberto Vittori and his five crewmates floated into the Station at 14:36 CEST, where they were welcomed by the Expedition 27 crew, including another of ESA’s Italian astronauts, Paolo Nespoli.

The Shuttle’s main payload is the Alpha Magnetic Spectrometer, AMS-02, one of the most exciting scientific instruments ever built – an experiment that could change our understanding of the Universe.

After being installed tomorrow, it will be the largest science experiment on the Station.

The installation requires careful choreography between the Shuttle’s robot arm and the Station’s own arm. The huge package will be picked up by the Shuttle arm from the cargo bay of Endeavour and handed over to the ISS arm, which will hoist it to a new home on the upper side of the Station’s central truss.

Roberto Vittori will play an important role in these intricate robotic manoeuvres. During the 16-day STS-134 mission the Endeavour astronauts will perform four spacewalks and install spare parts and micrometeoroid shields to the Station.

After this work and a total of 36 Shuttle visits, the orbital outpost is ready for a multitude of uses, ranging from fundamental science experiments to preparing for the exploration of deep space.

After almost six days of combined activities, the six-man crew of Endeavour and three ISS astronauts will say goodbye to the departing Dmitri Kondratyev, Catherine Coleman and Paolo Nespoli, who have been aboard the Station since last December.

The landing is planned for about three hours later, at 04:26 CEST (02:26 GMT), on the steppes of Kazakhstan soon after sunrise.

Roberto’s mission is named DAMA after the mysterious ‘dark matter’ that fills the Universe. It is hoped that AMS-02 will detect this dark matter and antimatter by observing cosmic rays, providing a better understanding of the origin and structure of the Universe.

In addition, Roberto will be a test subject for two ESA life science experiments and perform six studies sponsored by the Italian space agency, ASI, in technology, medicine, biology and material science.

Endeavour is scheduled to depart the Station in early hours of Monday, 30 May (CEST) and land at the Kennedy Space Center in Florida on 1 June.