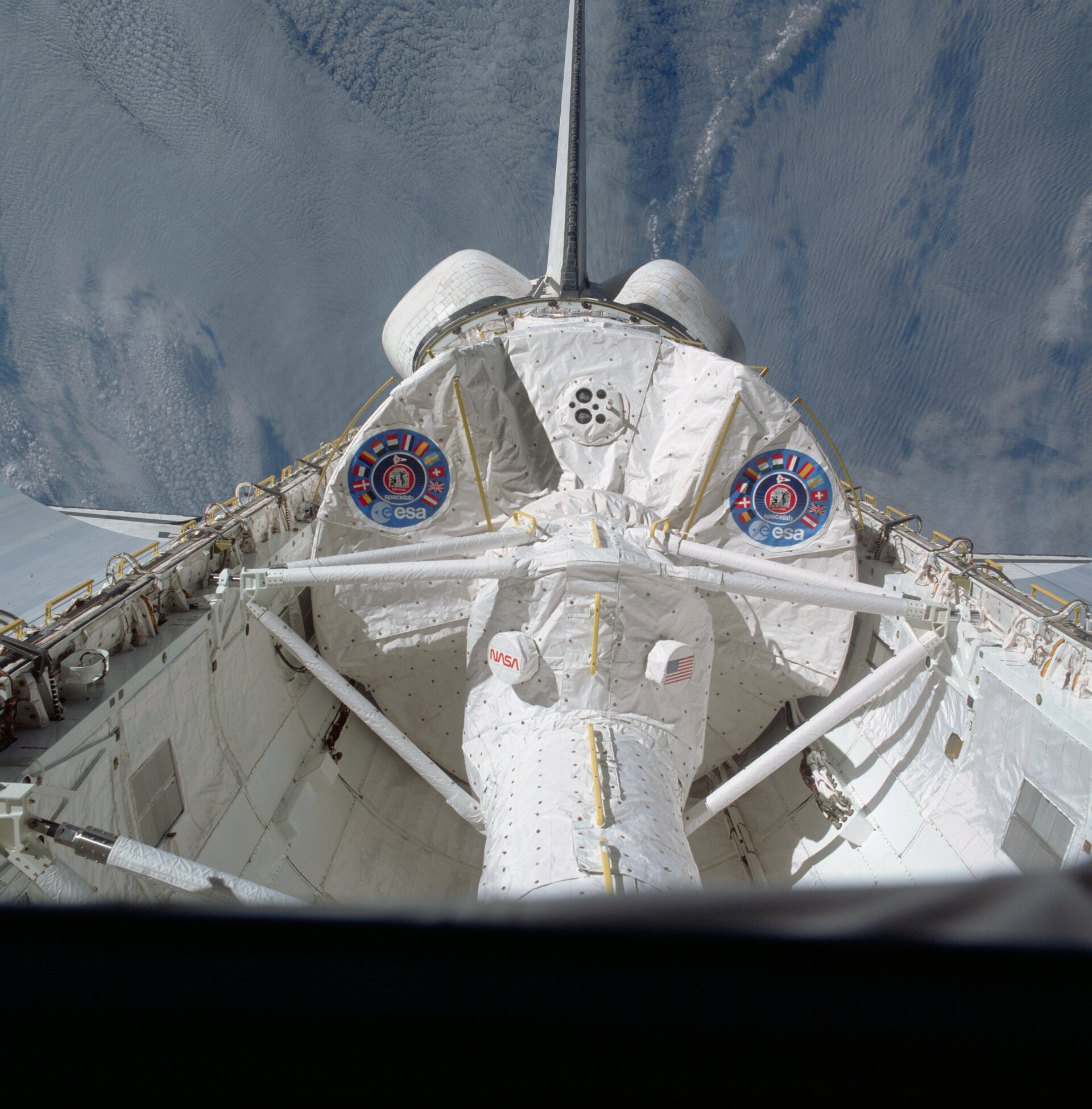 STS-9, as the mission is also known, was a landmark flight in several ways. For the first time the Shuttle carried a crew of six, including German ESA astronaut Ulf Merbold, the first non-American astronaut to fly on board the Space Shuttle.

The mission also marked the maiden flight of Spacelab, the first purpose built space laboratory. During development of the Space Shuttle in the 1970's, NASA recognized the need for a facility to allow scientists to conduct experiments on the Shuttle while in orbit. Under a cooperation agreement with NASA, ESA was to build a modular research laboratory that would fit inside the Shuttle's cargo bay. Lead by Bremen based VFW-Fokker/ERNO (later MBB/ERNO), Spacelab was built by a consortium of European companies.

During the Spacelab-1 mission over 70 scientific experiments were conducted in a variety of fields including Astronomy, Solar Physics, Space Plasma Physics, Earth Observation, Material Science, Technology and Life Sciences. Working in two teams of three, the crew worked 12-hour shifts, allowing for 24-hour operations – it was far from a holiday cruise in orbit.

Between 1983 and 1998, Spacelab flew on the Space Shuttle a total of 22 times. Not only have Spacelab experiments made a major contribution to space science research, but also the knowledge and expertise gained by both ESA and NASA during the Spacelab missions has made a significant contribution to today's International Space Station programme.