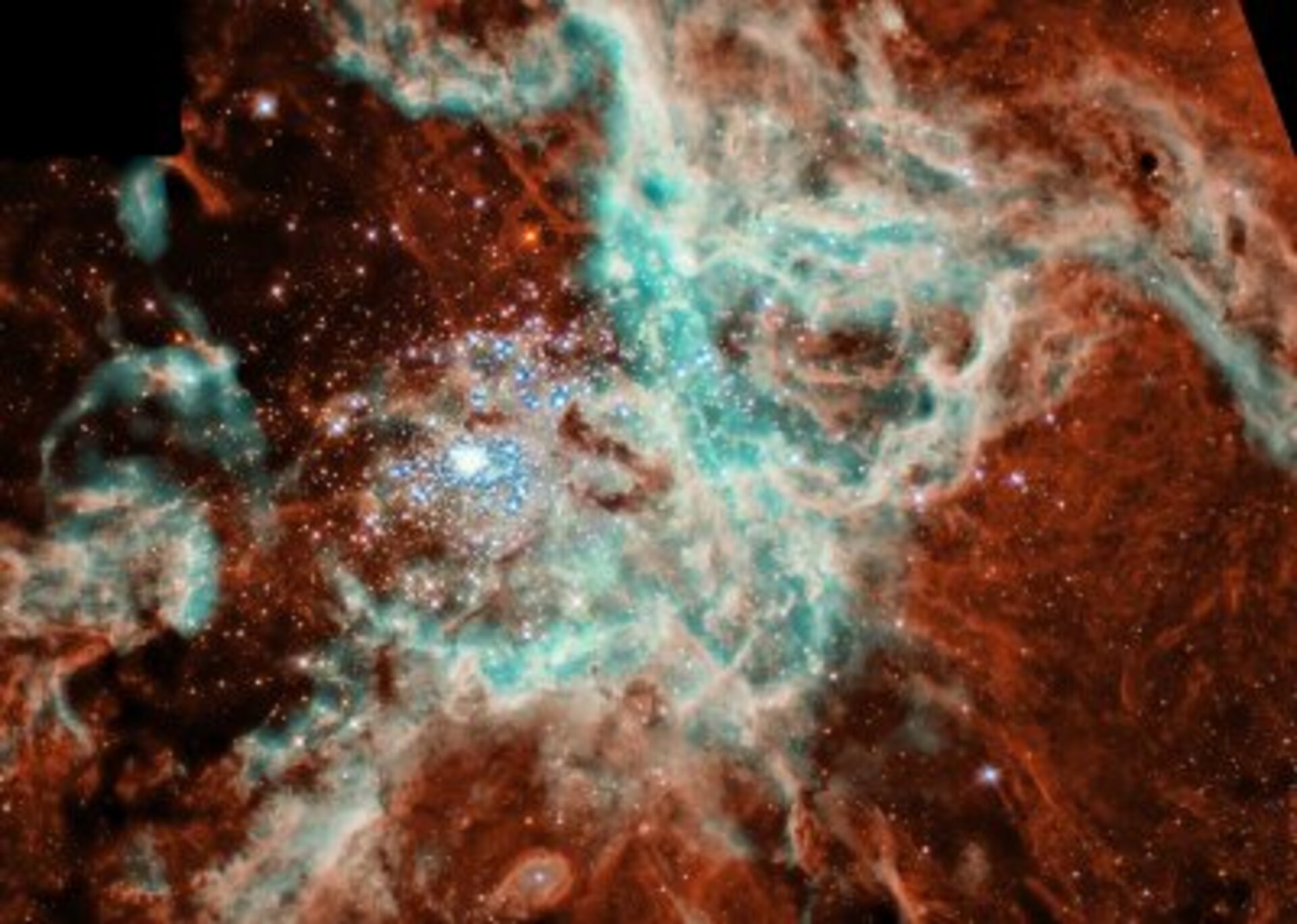 2001: On 27 July 2001, the NASA/ESA Hubble Space Telescope made a panoramic portrait of a vast, sculpted landscape of gas and dust where thousands of stars are being born. This fertile star-forming region, called the 30 Doradus Nebula, has at its centre the most spectacular cluster of massive stars in our cosmic neighbourhood of about 25 galaxies.

This mosaic picture shows that ultraviolet radiation and high-speed material unleashed by the stars in the cluster, called R136 (the large blue blob left of centre), are weaving a tapestry of creation and destruction, triggering the collapse of looming gas and dust clouds and forming pillar-like structures that are incubators for nascent stars.