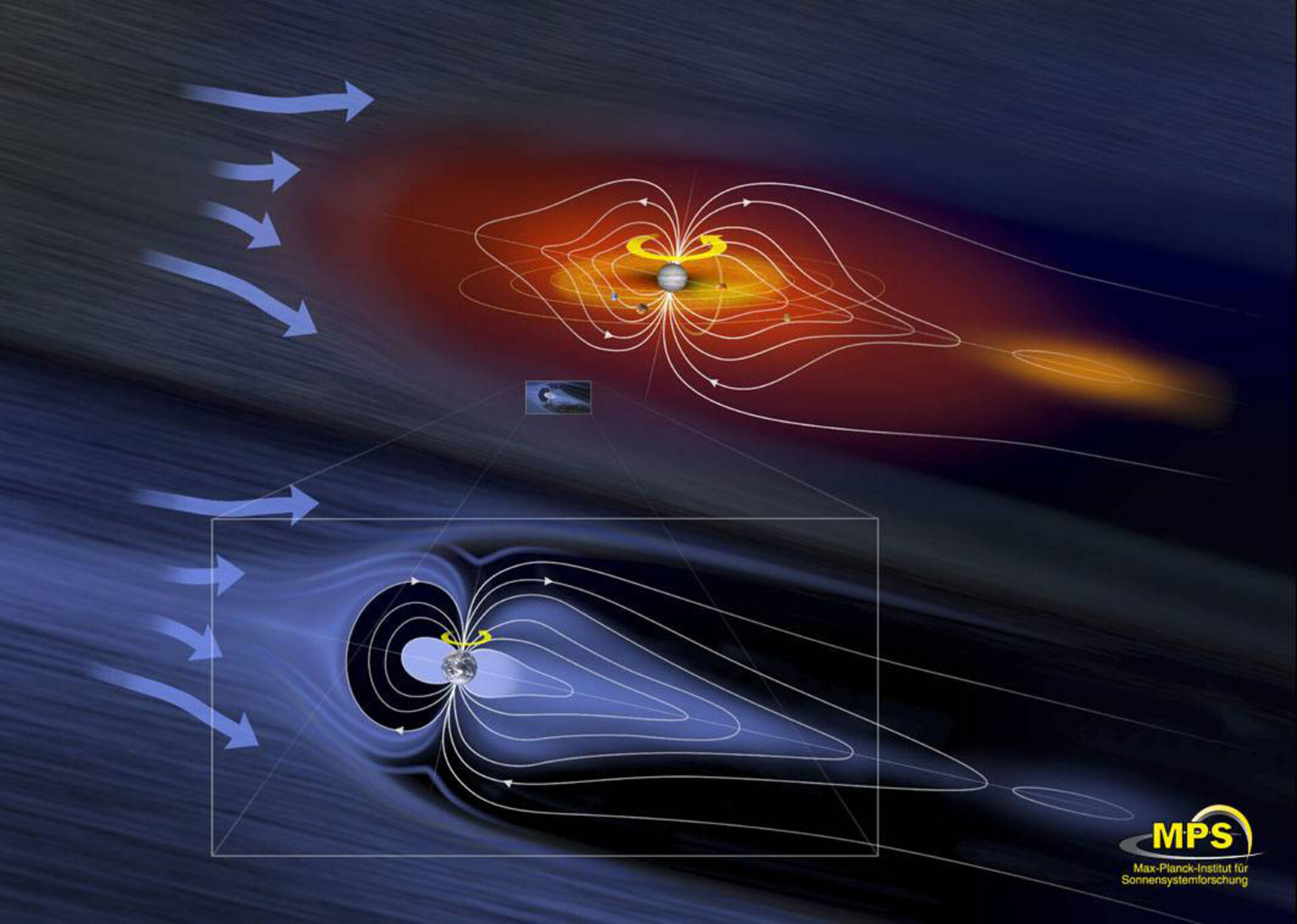 Over almost nine years in space, the four Cluster satellites have returned a wealth of science data including insights into improving radio searches for exoplanets, energetic vortices tunnelling into Earth’s protective magnetic bubble, and 3D magnetic dances in near-Earth space.

The satellites are in good health as they continue exploring new regions of space.

Launched in 2000, Cluster, the first multi-satellite mission studying near-earth space, is composed of four identical satellites orbiting Earth in a tetrahedral configuration. These satellites are able to study the impact of the Sun on near-Earth space for the first time in 3D.

Flight spares of some of instruments used on Cluster form half the instruments on the Double Star satellites, the two satellites of the first Chinese scientific space mission.

Ten-thousand times more intense than even the strongest military radar signal, Auroral Kilometric Radiation (AKR) is the most powerful emission of terrestrial origin that is beamed into space.

Cluster data helped zero in on theories that comply with observations, showing how this radiation is beamed into space. This new understanding will help astronomers understand the magnetic environment of other planets such as Saturn and Jupiter that also emit AKR, and it will also help them search for similar planets around other stars.

Giant plasma vortices at the edge of Earth’s magnetosphere

Cluster spotted vortices of superheated gas ejected from the Sun, high above Earth, tunnelling its way into Earth’s protective magnetic bubble, the magnetosphere. This discovery solved a 17-year old mystery, showing how the magnetosphere is constantly topped up with electrified gas.

The four Cluster satellites and Double Star TC-1 unexpectedly found themselves engulfed by waves of electrical and magnetic energy as they travelled through Earth’s night-time shadow. Something had set the tail of Earth’s natural cloak of magnetism oscillating, like waves created by a boat travelling across a lake. The data collected gave scientists an important clue to the effects of space weather on Earth’s magnetic field.

The four Cluster satellites obtained the first simultaneous, multipoint current density measurements in the region of the ring current. Scientists have since partially mapped the ring current region under various geomagnetic conditions by analysing five months of data. This information is important to quantify the changes that occur in the ring current (for e.g. the input of particles, amount of current created) as geomagnetic storms develop. This information is important for understanding potential hazards to space-based technology.

As of June 2009, the Cluster and Double Star missions have recorded over 1000 publications in refereed journals.