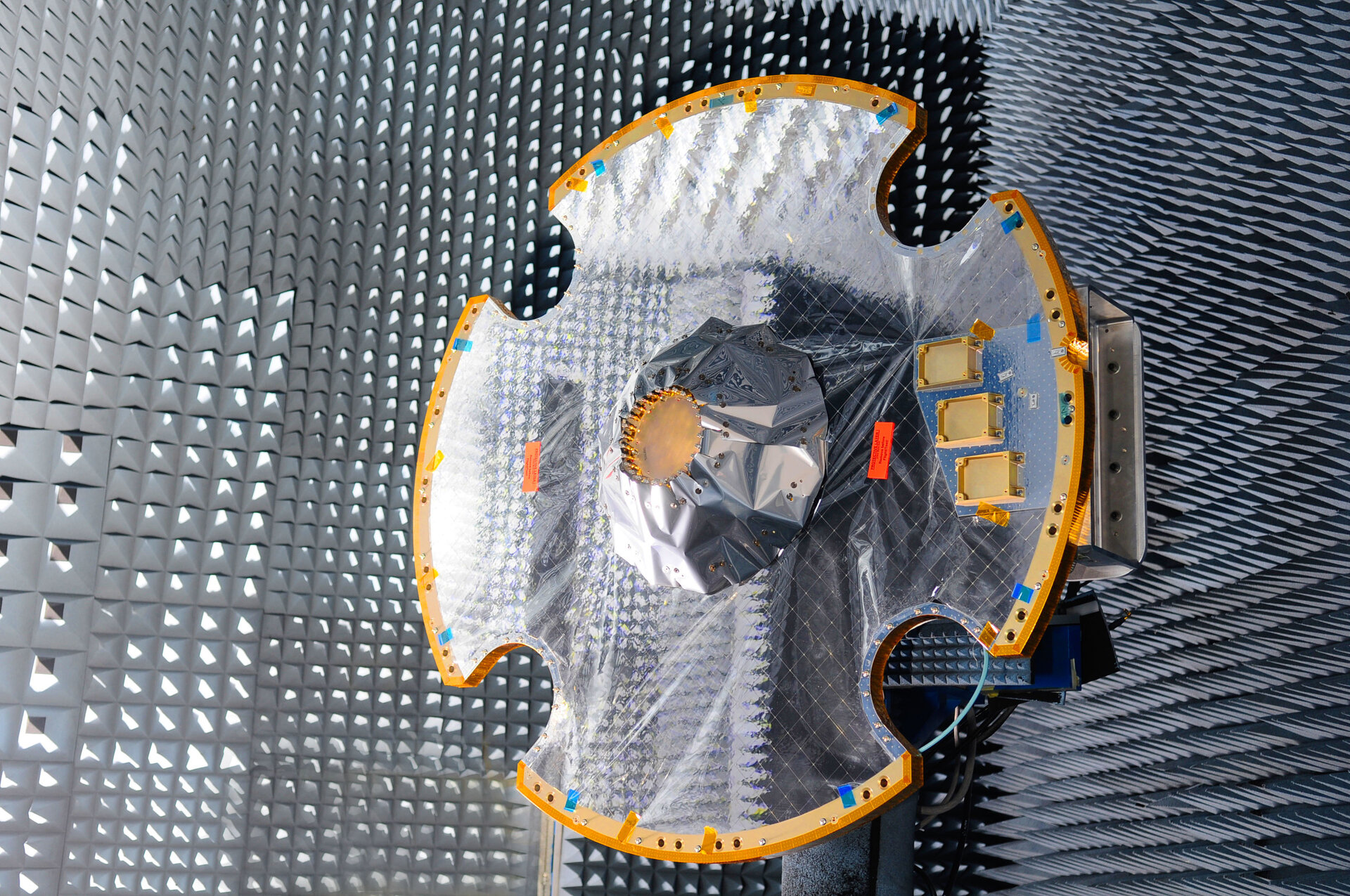 Entombed by the distinctive foam pyramids typical of test chambers, the main antenna of the Gaia billion-star surveyor has been put through its paces ahead of launch next year.

The antenna will send Gaia’s precious science data to Earth from its location 1.5 million kilometres away.

Over five years, Gaia is expected to download 200 TB of data – the equivalent of nearly 45 000 standard DVDs – as it makes precise measurements of the positions of a billion stars.

The information will be used to create a 3D map of stars in our home Galaxy, revealing information about its composition, formation and evolution.

Since the spacecraft rotates in space, a complex antenna steered electronically is required to ensure the beam is always directed towards Earth.

By comparison, a conventional mechanical antenna would create tiny vibrations that would impair the performance of the mapping telescope.

The photo shows the 1.5m diameter Gaia antenna panel in the test facility at EADS CASA, Madrid. The chamber’s walls are covered with pyramids of non-reflective foam that absorb reflected radio waves to simulate the boundless nature of space.

The chamber also blocks all external signals, such as aircraft radar and cell phones.

As the panel has to radiate the heat generated by the satellite and received from the Sun, it is covered with mirrors.

Gaia will be launched in 2013 from Europe’s Spaceport in French Guiana, and will have an initial lifetime of five years.