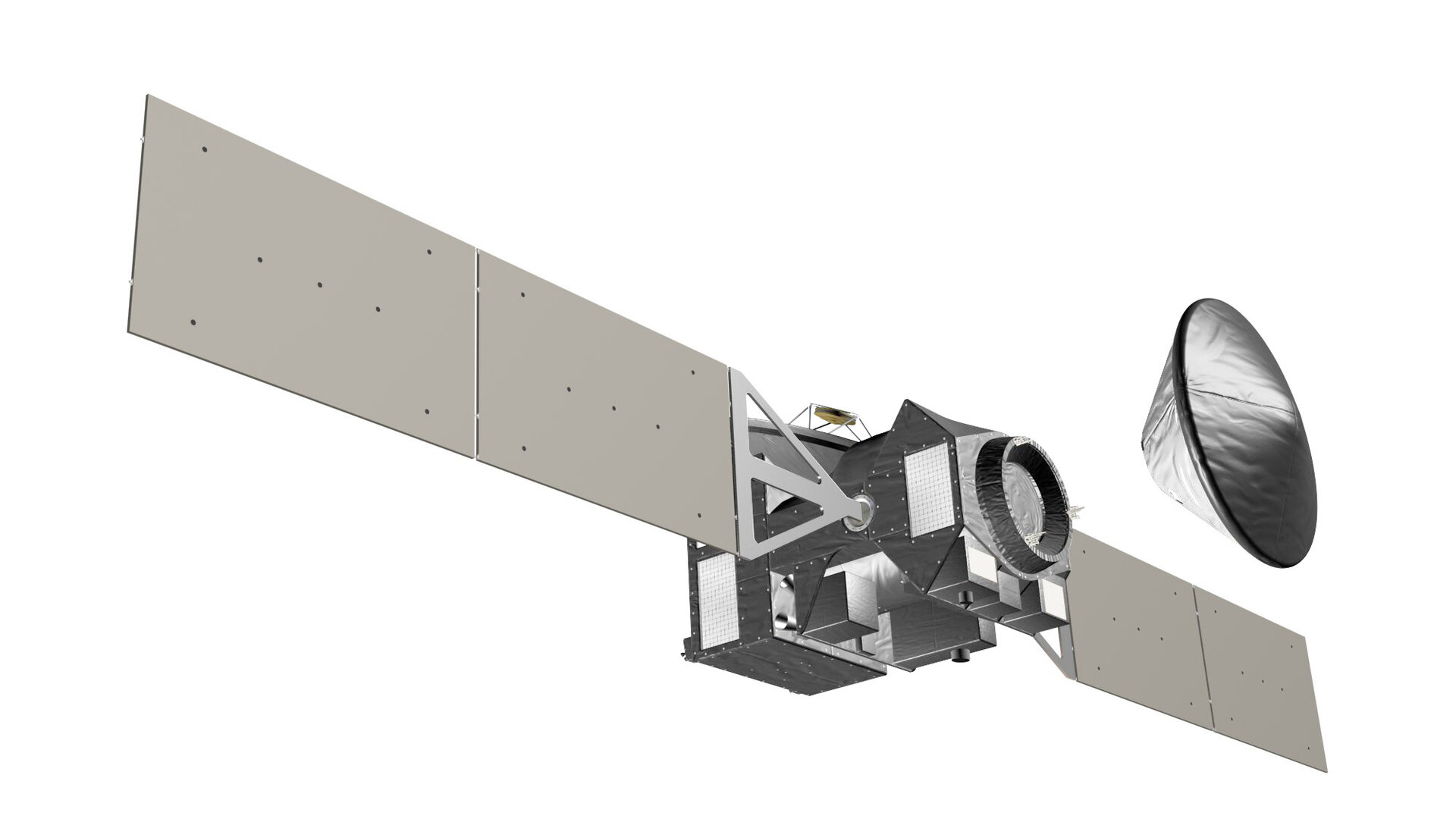 ESA PR-17 2010 ESA and NASA have selected the scientific instruments for their first joint Mars mission. Scheduled for 2016, it will study the chemical makeup of the martian atmosphere, including methane. Discovered in 2003, methane could point to life on the Red Planet.

NASA and ESA have embarked on a joint programme of martian exploration, an unprecedented new alliance for future ventures to Mars. The ExoMars Trace Gas Orbiter is the first in a planned series of joint missions leading to the return of a sample from the surface of Mars. Scientists worldwide were invited to propose the spacecraft’s instruments.

“To fully explore Mars, we want to marshal all the talents we can on Earth,” says David Southwood, ESA Director for Science and Robotic Exploration. “Now NASA and ESA are combining forces for the joint ExoMars Trace Gas Orbiter mission. Among its objectives is to characterise the planet’s atmosphere, and in particular search for trace gases like methane.

“We got our first sniff of the gas with Mars Express in 2003; NASA has since clearly confirmed this. Mapping methane allows us to investigate further that most important of questions: is Mars a living planet, and if not, can or will it become so in the future?”

ESA and NASA have now selected five science instruments from the 19 proposals submitted in January 2010 in response to an Announcement of Opportunity for the first mission. They were judged to have the best scientific value and lowest risk, and will be developed by international teams of scientists and engineers on both sides of the Atlantic.

"Independently, NASA and ESA have made amazing discoveries up to this point," says Ed Weiler, associate administrator of NASA's Science Mission Directorate in Washington. "Working together, we'll reduce duplication of effort, expand our capabilities and see results neither ever could have achieved alone."

In addition to the Trace Gas Orbiter, the 2016 mission will carry Europe’s entry, descent and landing demonstration vehicle. The whole mission will be launched on a NASA rocket.

The next ExoMars mission, scheduled for 2018, consists of a European rover with a drill, an American rover capable of caching selected samples for potential future return to Earth and a NASA landing system, using a NASA launcher.

These activities are designed to serve as the foundation of a cooperative programme to increase science return and move the two agencies towards a joint Mars sample-return mission in the 2020s.

The selected science instruments are: