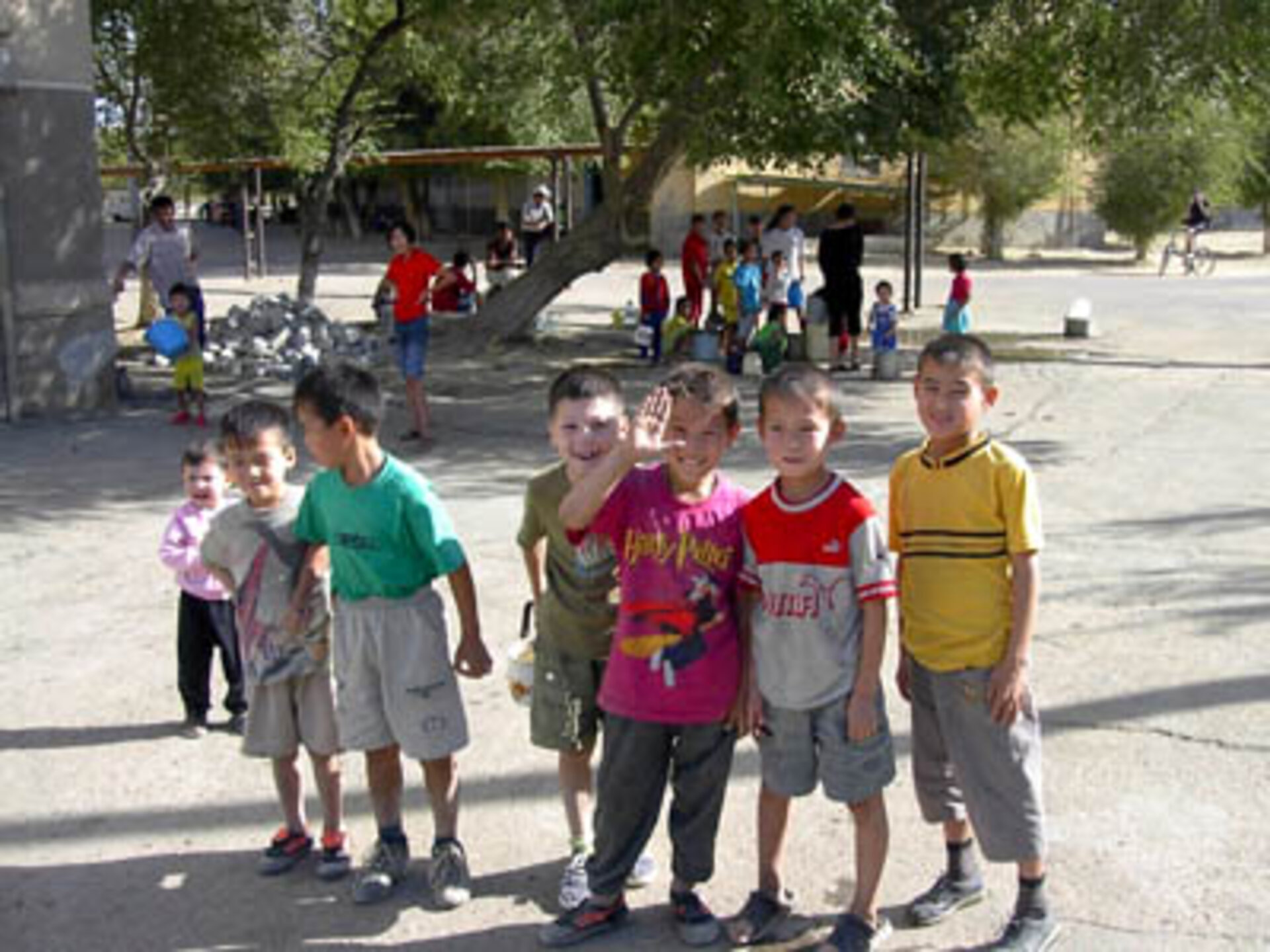 No water in town

Although there is plenty of water around Baikonur, it is difficult to find it in town these days. It is still more than 30 degrees centigrade here in Kazakhstan and local officials make use of the remaining few days of nice weather to carry out the yearly maintenance of all the water pipes in the entire city.

All water supply is cut off and water is distributed twice a day at certain points in the city. By 1 October it is expected that the complex network of hot and cold water pipes will be in operation again, ready to withstand the harsh winter cold.

Up north roughly 60 km away, in Area 95 where the Integral team is based, water is still available as it comes from a separate supply.

Work is progressing on schedule and the spacecraft and its adaptor system are ready to be installed on the upper stage of the Proton, also known as Block DM. Despite the queues for water distribution (background), children are still at play in the streets of Baikonur.

Launches are commonplace here in the Baikonur cosmodrome. The Integral team has already witnessed the Proton launch of the Echostar VIII satellite in August and on 25 September the team had a second opportunity: the night launch of a Progress cargo ship to the International Space Station by a Soyuz launcher.

The launch was planned for 22:55 from the famous Gagarin pad, about 40 minutes by bus from the Integral team’s area on the base. About one hour before lift off, buses trickled in onto a parking area, maybe 2 to 3 km from the launch pad. Staff from all over the cosmodrome, some with their families, and the Integral team, often referred to as 'foreign specialists', watched the pad attentively.

A Soyuz launch is a well-rehearsed event, that needs little explanation. On time, the launcher lit up the night sky, made a deafening noise and headed for space.

Integral flight hardware is now for the first time mated to Proton flight hardware. The SAAB separation system lower part has been bolted on top of the Russian made Proton adaptor, especially built for Integral.

This is just a first step in a series of activities that will lead to the final preparation of the so-called space head unit, which consists of:

Now that the spacecraft is fully loaded the Integral team is undergoing a refresher course in safety measures. This is in case a major incident occurs caused by hydrazine leaking out of the spacecraft.

Team members working close to Integral need to have at hand either gas masks or emergency hoods connected to an air bottle for breathing. Further safety measures are carried out in the clean room.

Everyday, the major parts of the Reaction Control System on the spacecraft are 'sniffed' with a portable instrument that reacts to traces of hydrazine. A detector has also been mounted on the spacecraft support stand.