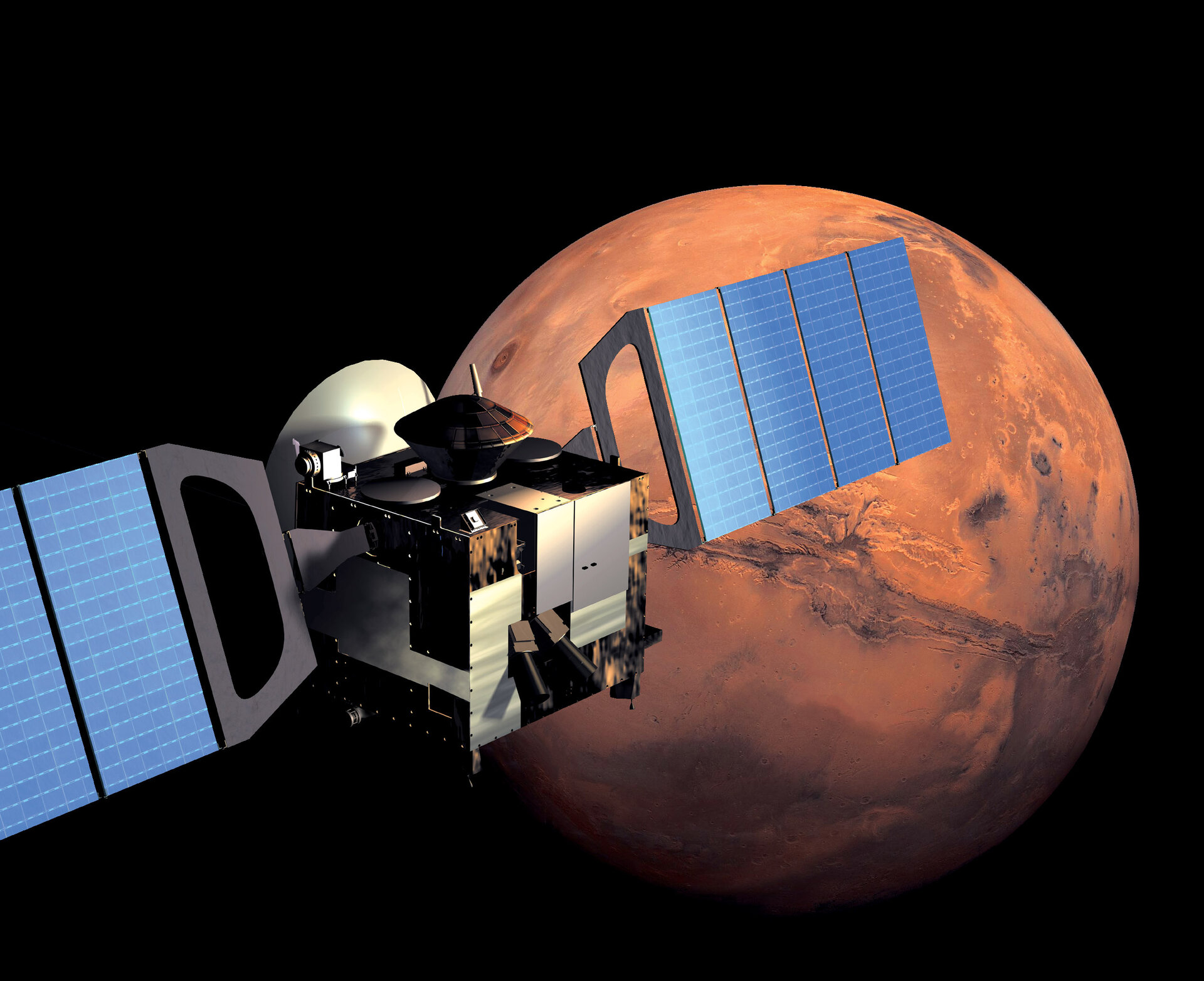 Artificial intelligence (AI) being used at the European Space Operations Centre is giving a powerful boost to ESA's Mars Express as it searches for signs of past or present life on the Red Planet.

Since January 2004, Mars Express has been using its sophisticated instruments to study the atmosphere, surface and subsurface of Mars, confirming the presence of water and looking for other signatures of life on and below the Red Planet's rocky terrain.

The spacecraft generates huge volumes of scientific data, which must be downloaded to Earth at the right time and in the correct sequence, otherwise data packets can be permanently lost when the limited on-board memory is overwritten by newly collected data.

But since 2005, AI researchers at Italy's Institute for Cognitive Science and Technology (ISTC-CNR) led by Dr Amedeo Cesta and mission planners and computer scientists at ESOC have been developing a solution to the complex Mars Express scheduling problem by applying artificial intelligence (AI) techniques to the problem.

The result of this work is a new 'smart' tool, dubbed MEXAR2 ('Mars Express AI Tool'), which is now an integral part of the Mars Express mission planning system.

MEXAR2 works by intelligently projecting which on-board data packets might be later lost due to memory conflicts, optimising the data download schedule and generating the commands needed to implement the download. "With MEXAR2, any loss of stored data packets has largely been eliminated," says Fred Jansen, ESA's mission manager for Mars Express.

MEXAR2 has reduced the mission planning team's workload considerably - by 50 percent compared to the old manual method - for generating workable downlink plans. "And because it optimises bandwidth used to receive data on Earth, we have been able to free expensive ground station time for other missions," says Michel Denis, Mars Express Spacecraft Operations Manager at ESOC.

AI provides solutions for complex problems, and has now entered the space mission operations field as a value-adding technology. "Mars Express is the first European deep-space exploration mission to fly using an AI tool on the ground, and the technology is boosting science return while reducing time and resource costs," adds Donati.

With MEXAR2's proven success, scientists at both ESOC and ISTC-CNR are working to apply the current AI technology to other problems.

Successful recent work includes the reverse problem of how to optimise the upload of commands to Mars Express, in a project dubbed - somewhat tongue-in-cheek - as 'RAXEM' - for the 'reverse of MEXAR'.

ESA-developed AI technology will also be applied to the 'Advanced Planning & Scheduling Initiative', which is designed to provide AI benefits to other areas and missions, including long term observation planning for ESA's Integral, space-borne gamma-ray observatory.