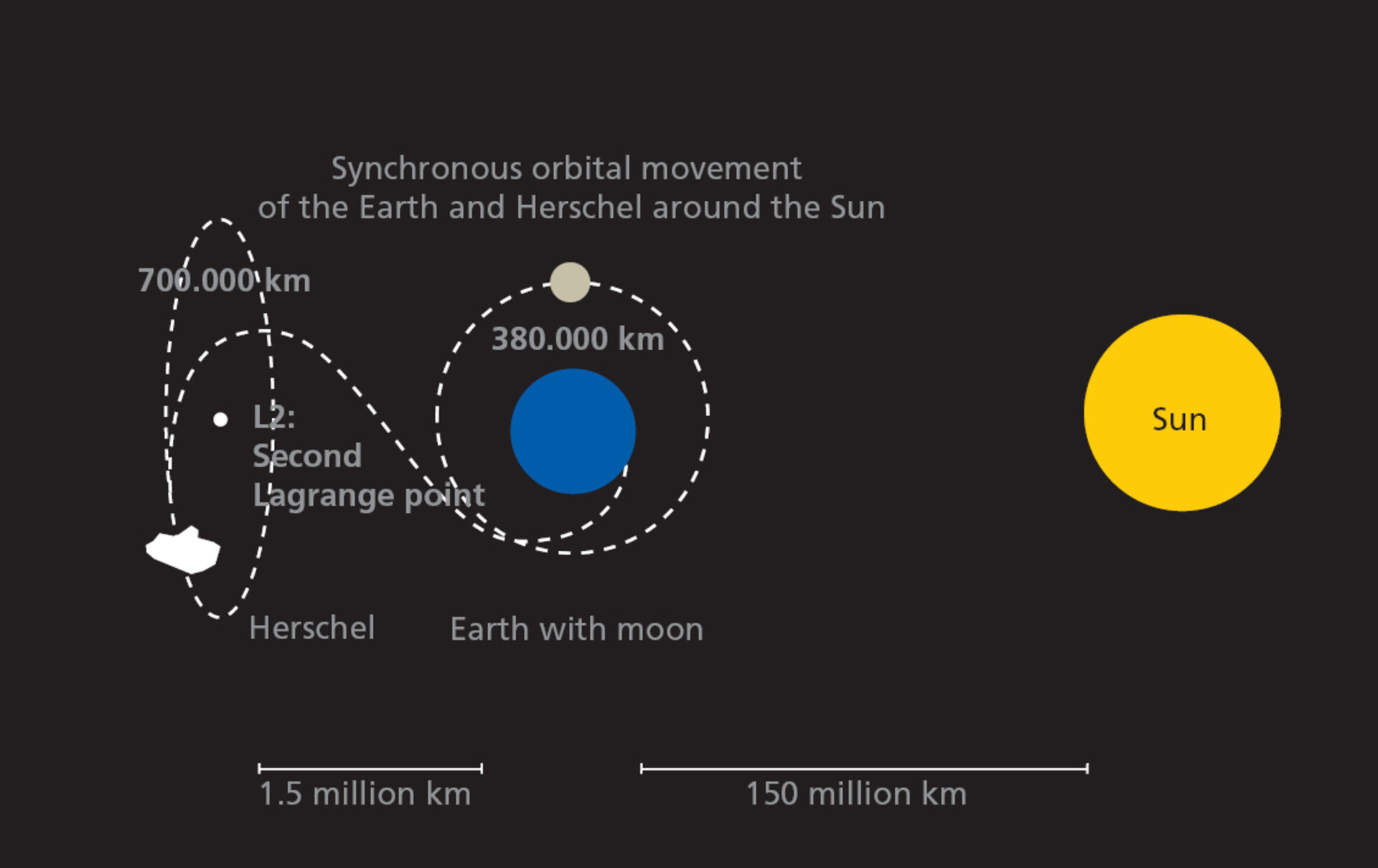 Planck’s distance from L2 was similar to that of the Moon from Earth: the average distance of the satellite from L2 was about 400 000 km and one full orbit took six months to complete.

Because of this large orbit, Planck’s distance to Earth will varied between 1.4 and 1.6 million km. As orbits around L2 are unstable and subtle disturbances cause satellites to drift, Planck had to perform small orbit correction manoeuvres every month.

The team maintained all necessary contact with Planck using ESA’s New Norcia and Cebreros deep space antennas. The team was also responsible for the health and safety of the spacecraft. From its orbit around L2, it takes about 10 seconds for Planck to communicate with Earth (two-way signal travel time).

The satellite carries out science observations continuously, and the data collected are recorded on board. Planck communicates with Earth for about three hours each day, during which time the team downloads the acquired data and uploads new commands for execution on the following day.

The Planck science office, located at ESA’s European Space Astronomy Centre (ESAC), Spain, chose the planned pointings for the spacecraft that made up the sky survey. These inputs were then translated into a schedule of observations which was used to produce the mission operations timeline.

The science office also collected the daily and weekly reports that the instrument teams produced concerning the quality of the science data acquired, in order to track the progress of the survey.

All scientific data will be archived at ESAC and made available to the worldwide astronomy community two years after the end of the nominal mission.