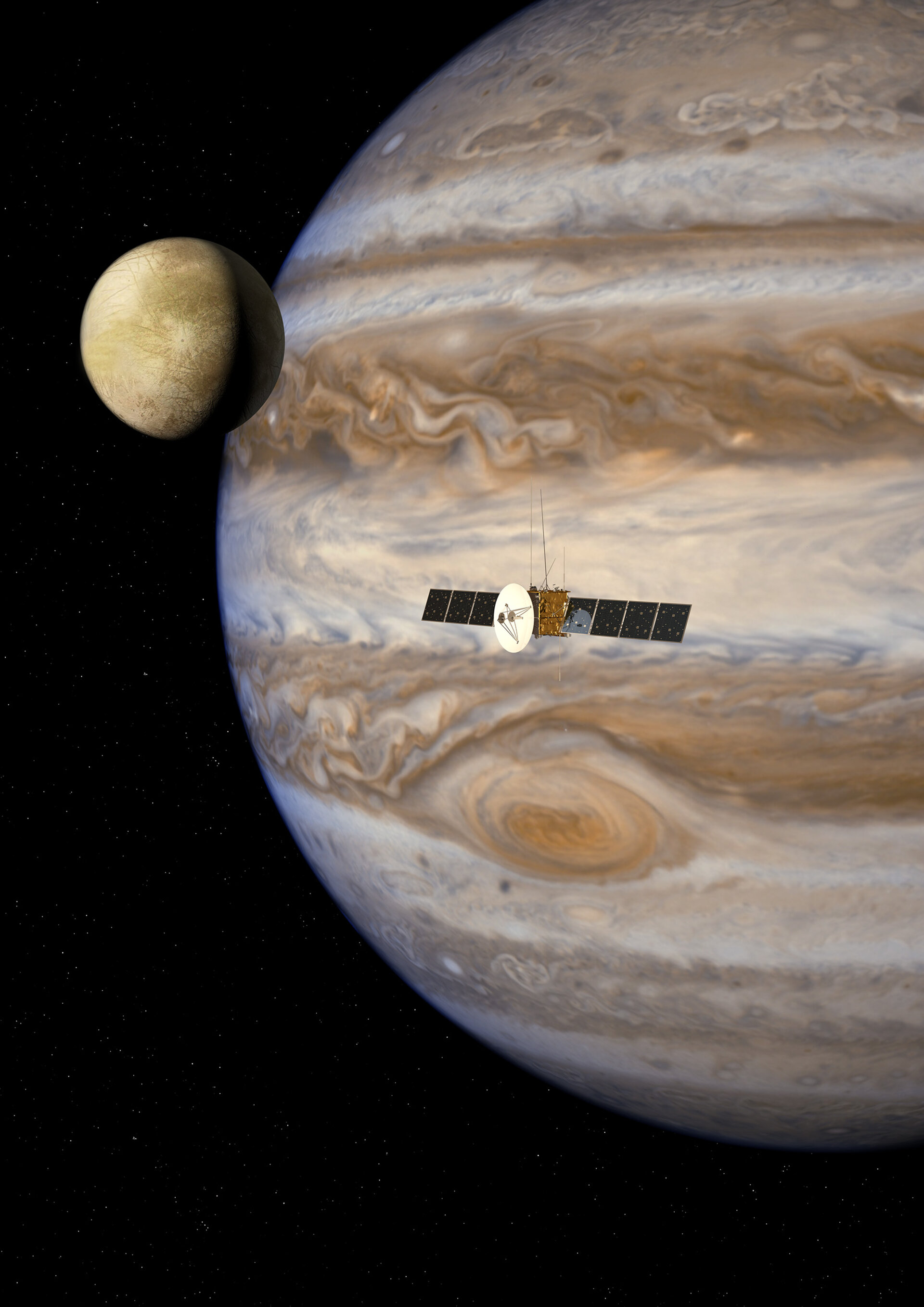 Airbus Defence & Space in France has been selected as the prime industrial contractor for ESA’s Juice mission to Jupiter and its icy moons.

The agency’s Industrial Policy Committee approved the award of the €350.8 million contract yesterday. Pending the negotiation of contractual details, this should allow work to start by the end of this month. The formal contract signing will take place after the summer break.

The contract covers the industrial activities for the design, development, integration, test, launch campaign, and in-space commissioning of the spacecraft. The Ariane 5 launch is not included and will be procured later from Arianespace.

The spacecraft will be assembled in Toulouse, France, and many other ESA Member States will also be involved in Europe’s first mission to the largest planet in the Solar System.

Juice (JUpiter ICy moons Explorer) was selected in May 2012 as the first Large-class mission within ESA’s Cosmic Vision 2015–25 programme. The spacecraft should be launched in 2022 and arrive in the Jovian system in 2030.

For three and a half years, Juice will sweep around the giant planet, exploring its turbulent atmosphere, enormous magnetosphere, and tenuous set of dark rings, as well as studying the icy moons Ganymede, Europa, and Callisto. All three of these planet-sized satellites are thought to have oceans of liquid water beneath their icy crusts and should provide key clues on the potential for such icy moons to harbour habitable environments.

Gravity assists with Callisto and Ganymede will be used to modify the spacecraft’s trajectory, and two targeted Europa flybys will focus on the composition of non-water-ice material on its frozen surface, and the first subsurface sounding of an icy moon.

Callisto gravity assists will be also used to raise the orbital inclination to almost 30°, providing opportunities to observe Jupiter’s polar regions. The frequent Callisto flybys will enable unique remote observations of the moon and its neighbourhood.

The mission will culminate in a dedicated, eight-month tour around Ganymede, the first time any icy moon has been orbited by a spacecraft. During this period, Juice will perform detailed investigations of the moon and its interaction with the environment.

Juice will be equipped with 10 state-of-the-art instruments, including cameras, spectrometers, an ice-penetrating radar, an altimeter, radio-science experiments, and sensors to monitor the magnetic fields and charged particles in the Jovian system. One further experiment will combine data from the spacecraft telecommunication system and ground-based instruments.

The scientific payload was approved by ESA’s Science Programme Committee in February 2013 and will be developed by teams spanning 16 European countries, the USA and Japan, using national funding.