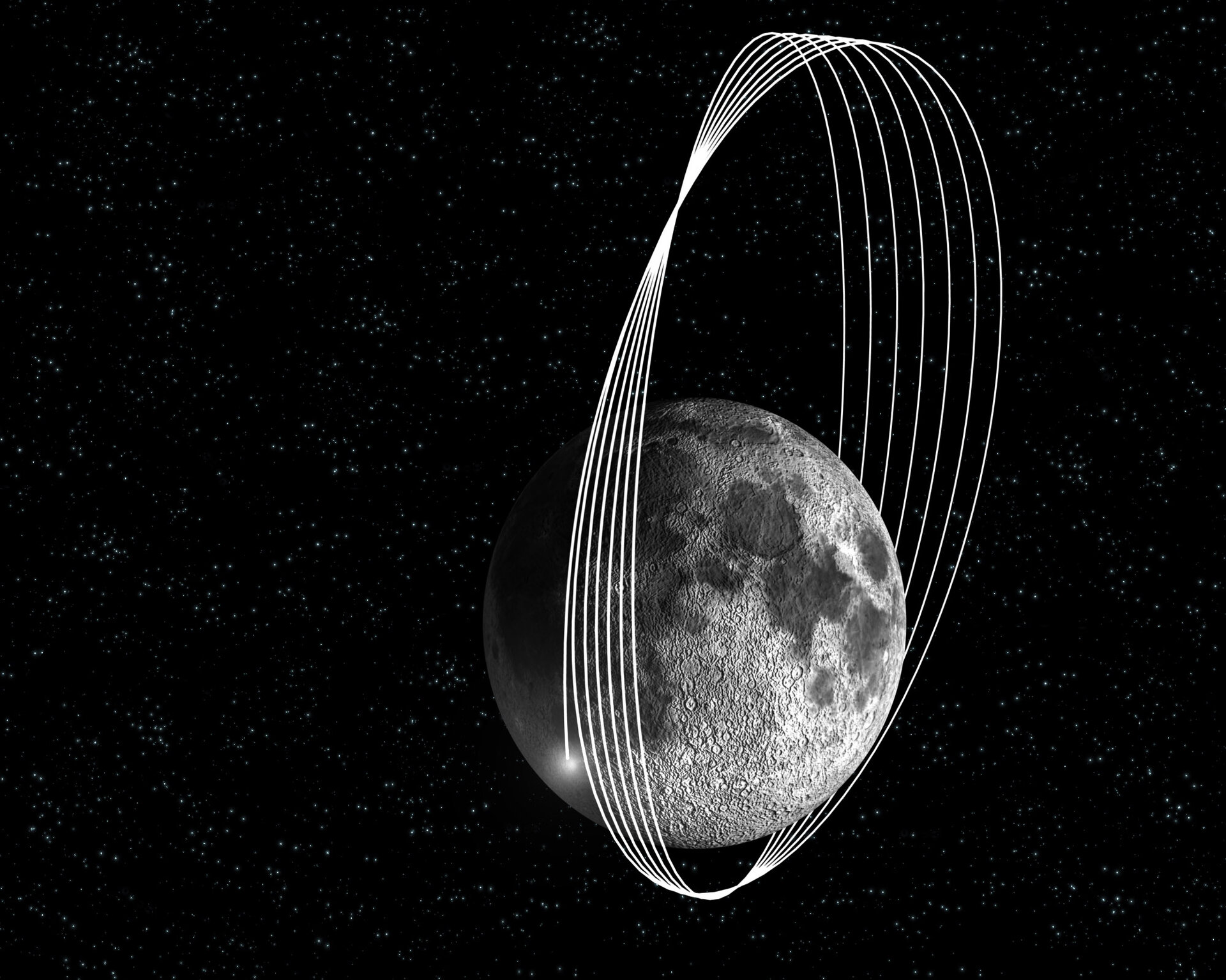 ESA PR 31-2006. Early this morning, a small flash illuminated the surface of the Moon as the European Space Agency’s SMART-1 spacecraft impacted onto the lunar soil, in the ‘Lake of Excellence’ region. The planned impact concluded a successful mission that, in addition to testing innovative space technology, had been conducting a thorough scientific exploration of the Moon for about a year and a half.

SMART-1 scientists, engineers and space operations experts witnessed the final moments of the spacecraft’s life in the night between Saturday 2 and Sunday 3 September at ESA’s European Space Operations Centre (ESOC), in Darmstadt, Germany. The confirmation of the impact reached ESOC at 07:42:22 CEST (05:42:22 UT), when ESA’s New Norcia ground station in Australia suddenly lost radio contact with the spacecraft. SMART-1 ended its journey in the Lake of Excellence, in the point situated at 34.4º South latitude and 46.2º West longitude.

The SMART-1 impact took place on the near side of the Moon, in a dark area just near the terminator (the line separating the day side from the night side), at a "grazing" angle between 5 and 10 degrees and a speed of about 2 kilometres per second. The impact time and location was planned to favour observations of the impact event from telescopes on Earth, and it was achieved by a series of orbit manoeuvres and corrections performed during the course of summer 2006, the last of which was done on 1 September.

Professional and amateur ground observers all around the world – from South Africa to the Canary Islands, South America, the continental United States, Hawaii, and many other locations – were watching before and during the small SMART-1 impact, hoping to spot the faint impact flash and to obtain information about the impact dynamics and about the lunar surface excavated by the spacecraft. The quality of the data and images gathered from the ground observatories – a tribute to the end of the SMART-1 mission and a possible additional contribution to lunar science - will be assessed in the days to come.

For the last 16 months and until its final orbits, SMART-1 has been studying the Moon, gathering data about the morphology and mineralogical composition of the surface in visible, infrared and X-ray light.

“The legacy left by the huge wealth of SMART-1 data, to be analysed in the months and years to come, is a precious contribution to lunar science at a time when the exploration of the Moon is once again getting the world’s interest” said Bernard Foing, ESA SMART-1 Project Scientist. “The measurements by SMART-1 call into question the theories concerning the Moon’s violent origin and evolution,” he added. The Moon may have formed from the impact of a Mars-size asteroid with the Earth 4500 million years ago. “SMART-1 has mapped large and small impact craters, studied the volcanic and tectonic processes that shaped the Moon, unveiled the mysterious poles, and investigated sites for future exploration,” Foing concluded.

“ESA’s decision to extend the SMART-1 scientific mission by a further year ( it was initially planned to last only six months around the Moon) allowed the instrument scientists to extensively use a number of innovative observing modes at the Moon,” added Gerhard Schwehm, ESA’s SMART-1 Mission Manager. In addition to plain nadir observations (looking down on the ‘vertical’ line for lunar surveys), they included targeted observations, moon-spot pointing and ‘push-broom’ observations (a technique SMART-1 used to obtain colour images). “This was tough work for the mission planners, but the lunar data archive we are now building is truly impressive.”

“SMART-1 has been an enormous success also from a technological point of view,” said Giuseppe Racca, ESA SMART-1 Project Manager. The major goal of the mission was to test an ion engine (solar electric propulsion) in space for the first time for interplanetary travel, and capture a spacecraft into orbit around another celestial body, in combination with gravity assist manoeuvres.

SMART-1 also tested future deep-space communication techniques for spacecraft, techniques to achieve autonomous spacecraft navigation, and miniaturised scientific instruments, used for the first time around the Moon. “It is a great satisfaction to see how well the mission achieved its technological objectives, and did great lunar science at the same time,” Racca concluded.

“Operating SMART-1 has been an extremely complex but rewarding task,” said Octavio Camino-Ramos, ESA SMART-1 Spacecraft Operations Manager. “The long spiralling trajectory around Earth to test solar electric propulsion (a low-thrust approach), the long exposure to radiation, the strong perturbations of the gravity fields of the Earth-Moon system and then the reaching of a lunar orbit optimised for the scientific investigations, have allowed us to gain valuable expertise in navigation techniques for low-thrust propulsion and innovative operations concepts: telemetry distribution and alerting through the internet, and a high degree of ground operations automation - a remarkable benchmark for the future,” he explained.

“For ESA’s Science Programme, SMART-1 represents a great success and a very good return on investment, both from the technological and the scientific point of view,” said Professor Southwood, ESA’s Director of Science. “It seems that right now everyone in the world is planning on going to the Moon. Future scientific missions will greatly benefit from the technological and operational experience gained thanks to this small spacecraft, while the set of scientific data gathered by SMART-1 is already helping to update our current picture of the Moon.”

SMART-1, (Small Mission for Advanced Research and Technology) is the first European mission to the Moon. It was launched on 27 September 2003 on board an Ariane 5 rocket, from the CSG, Europe’s Spaceport in Kourou, French Guiana and reached its destination in November 2004 after following a long spiralling trajectory around Earth.

In this phase, the spacecraft successfully tested for the first time in space the series of advanced technologies it carried on board. The technology demonstration part of the mission was declared successfully concluded when SMART-1 reached the Moon and was captured by the lunar gravity field in mid-November 2004.

SMART-1 started its scientific observations of the Moon in March 2005, running on an elliptical polar orbit that ranged from about 500 to 3000 kilometres over the lunar surface. The instruments on board included a miniaturised imaging camera (AMIE), an X-ray telescope (D-CIXS) to identify the key chemical elements in the lunar surface, an infrared spectrometer (SIR) to chart the Moon’s minerals and an X-ray solar monitor (XSM) to complement the D-CIXS measurements and study the solar variability.

SMART-1 was a small unmanned satellite weighing 366 kilograms and roughly fitting into a cube just 1 metre across, excluding its 14-metre solar panels. It was manufactured by the Swedish Space Corporation, Solna (Sweden), leading a consortium of more than 20 European industrial teams.