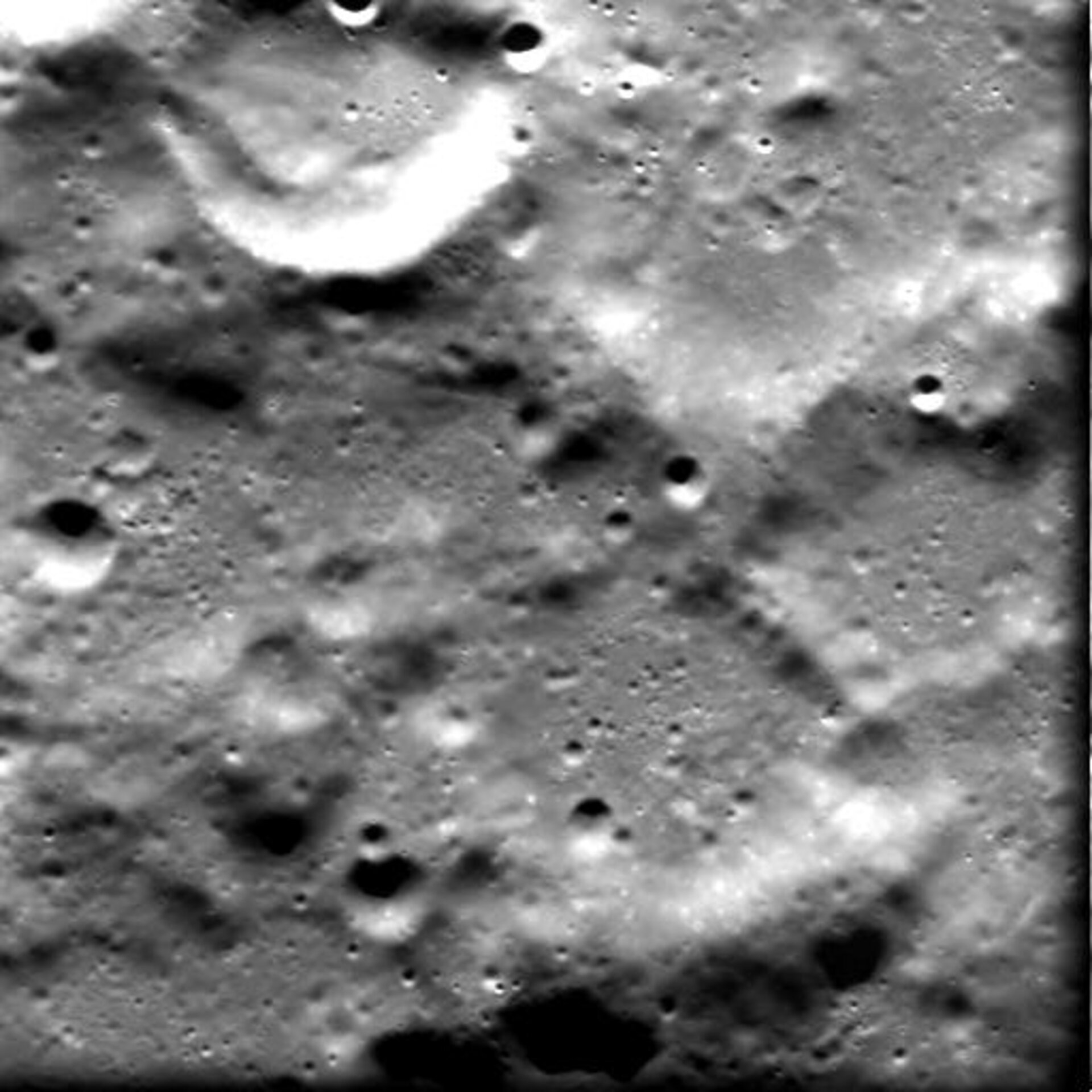 This image, taken by the advanced Moon Imaging Experiment (AMIE) on board ESA's SMART-1 spacecraft, shows a highly eroded highland area on the lunar far side, close to the equator.

AMIE obtained this image on 1 January 2006, from a distance of 1483 kilometres from the surface, with a ground resolution of 134 metres per pixel. The imaged area is centred at a latitude of 4.2º South and longitude 98.4º East.

After the first lunar missions orbited the Moon, it was discovered that unlike the near side, the far side is lacking large lava plains, the so-called ‘maria’. The far side is mainly composed of heavily cratered highlands, while only very small areas contain smooth lava plains.

The reason for this difference between near side and far side is not exactly understood. Could the tidal pull of the Earth on the Moon - just like the Moon introduces tides on the water bodies of the Earth - have resulted in such a difference?

The modelling of previous topography and gravity measurements indicate that the solid crust is thinner on the near side. As a consequence, large impacts could excavate the crust more easily on the near side, and so lava had an easier way to flow out and create maria formations.

This image shows some highly eroded highland area on the lunar far side. Many craters are almost not longer visible, as they were destroyed by subsequent impacts.