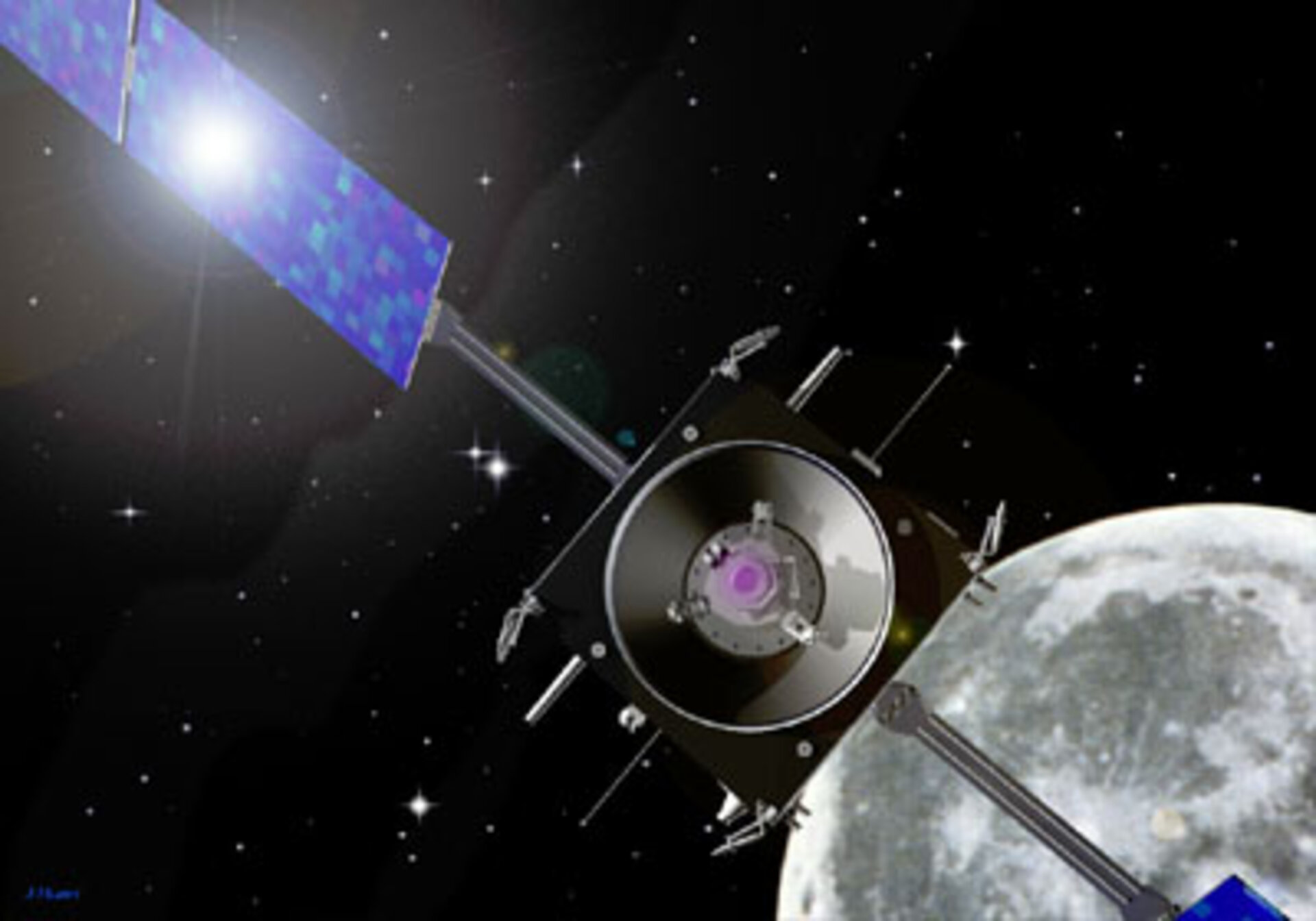 ESA's SMART-1 mission was extended by one year, pushing back the mission end date from August 2005 to August 2006.

The extension by one year of the mission will provide opportunities to extend the global coverage, compared to the original six-month mission, and to map both southern and northern hemispheres at high resolution. The new orbit will also be more stable and require less fuel for maintenance.

Implementation of this mission extension will be in two periods of six months that correspond to different orbital parameters and illumination conditions. During the first period, the southern survey study is to be completed and dedicated pointings made for multi-angle, stereo and polar illumination studies.

In the second period, high-resolution coverage of the Moon on the equator and part of the northern hemisphere will take place due to the favourable illumination conditions. High resolution follow-up observations of specific targets will also be made, as well as observations relevant for the preparation of future international lunar exploration missions.

Between 10 January and 9 February, SMART-1's electric propulsion system (or 'ion engine') was not active. This allowed mission controllers to accurately determine the amount of fuel remaining, as well as ensure accurate planning for a mission extension, and obtain reconnaissance data from an orbit at 1000-4500 kilometres above the lunar surface.

All the instruments have been performing well from this orbit. As the ion engine is now active again, SMART-1 will spiral down to arrive at the lunar science orbit by the end of February.

The cruise and lunar approach has permitted the demonstration of a number of technologies, such as spacecraft, navigation, operations and instruments, which will be useful for future missions. The SMART-1 mission has now fulfilled its primary objective – to demonstrate the viability of solar electric propulsion, or 'ion drives'.