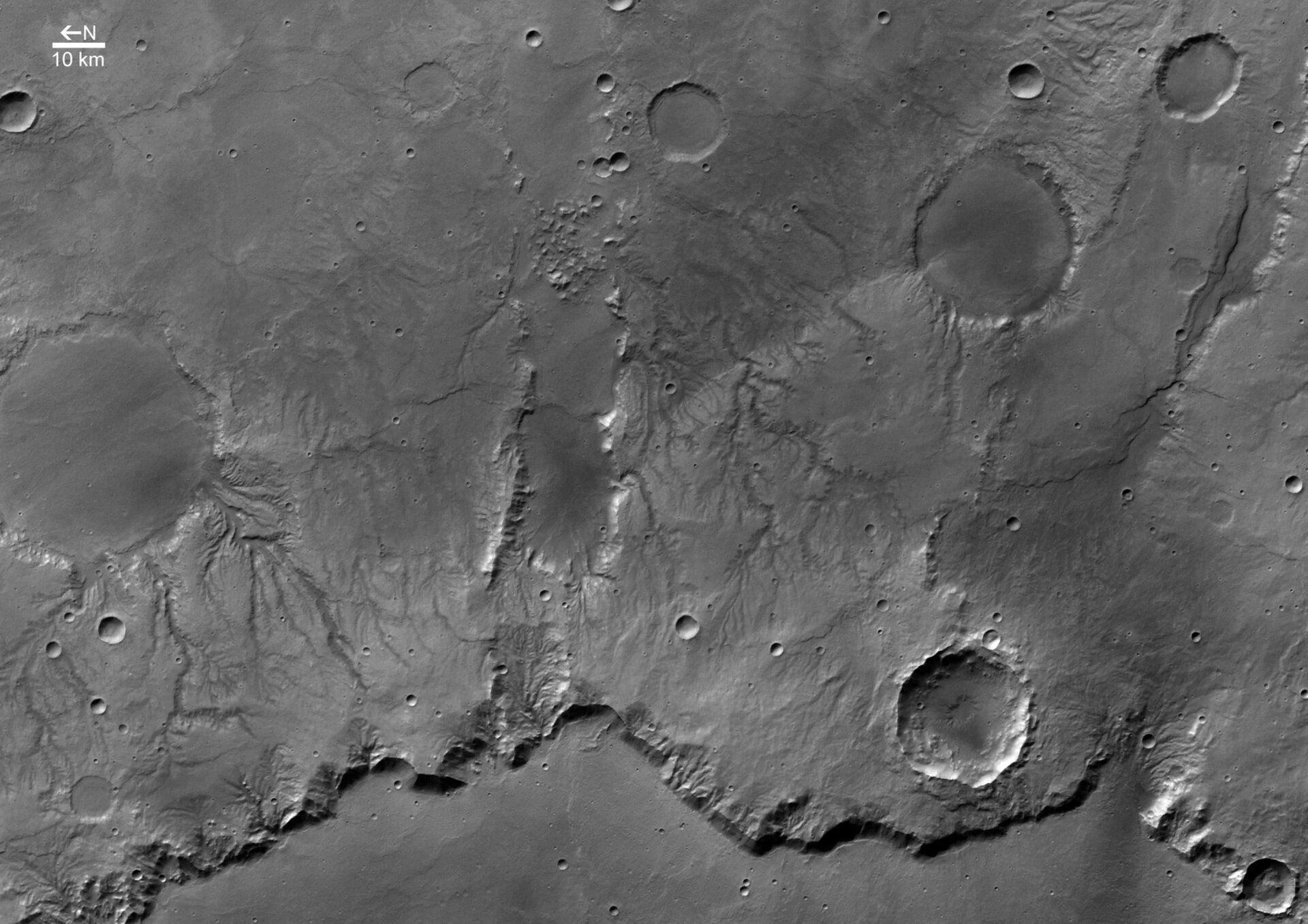 ESA's SMART-1 captured its first close-range images of the Moon this January, but several viewers have noted some strange effects...

Some viewers of SMART-1 pictures of the Moon's surface have reported problems in seeing the craters for what they are. They see reliefs and mountains where instead there should be depressions and valleys.

Look at these two images. They are both the same, except one appears to have 'raised' features rather than craters. This is a common illusion, and can be explained by the fact that we humans have been used to light sources which generally come from above (the Sun mostly in our case). If you do not see this effect, try printing out this page and rotate the images by 90 degrees...

When the light source comes from above, the pattern of illuminated and dark areas is predictable. For a crater in front of us, with light coming from behind, we see the rim nearest us 'in shade' and the rim farther away from us 'in the light'.

When you turn this pattern upside down (or rotate by 180 degrees), your eyes suddenly see a crater as a 'mountain' and vice versa.

However this effect is not exactly the same for all people, as our brains use experience to correct our perception.

People who are used to dealing with these images and lunar maps, such as planetary scientists, know what to expect to see.

They have no difficulties in seeing the correct pattern of raised or low ground as derived from the light or dark areas.