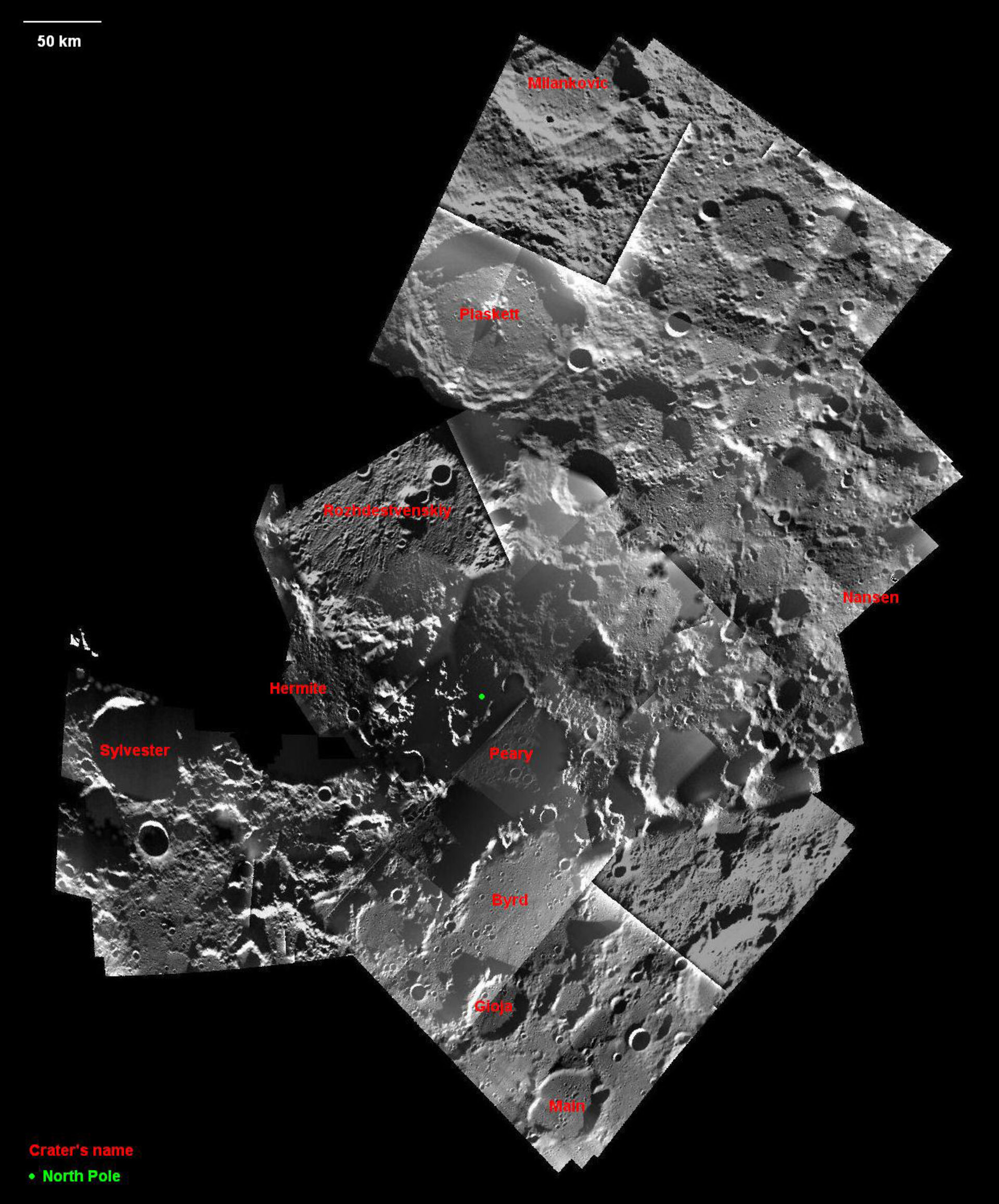 ESA’s SMART-1 mission to the Moon – the first ESA spacecraft to travel to and orbit the Moon – was launched 10 years ago, on 27 September 2003, on an Ariane 5 from Europe’s spaceport in Kourou.

SMART stands for Small Missions for Advanced Research in Technology. The mission travelled to the Moon using electric propulsion, arriving in lunar orbit on 15 November 2004. Its battery of miniaturised instruments included an X-ray spectrometer to map key chemical elements in the lunar surface.

The image highlighted here, which was first published in 2007, is a 30-image mosaic of the lunar north pole obtained with the SMART-1 AMIE camera, spanning an area of about 800 x 600 km.

The map shows the geography and illumination of the north pole, which are of particular interest for future exploration of the Moon. Some crater rims in this region are almost always exposed to sunlight, and are nicknamed “peaks of quasi-eternal light”. Conversely, some deep craters are permanently shadowed, and likely contain water ice that could be exploited by future explorers.

After having completed its science operations, the SMART-1 mission ended on 3 September 2006 by hitting the lunar surface. Earth-based telescopes recorded the impact as a bright flash and a burst of debris.

The measurements made by SMART-1 were used to help later missions to the Moon, such as Japan’s Kaguya, India’s Chandrayaan-1, China’s Chang’e-1 and NASA’s Lunar Reconnaissance Orbiter.

The electric propulsion system developed for SMART-1 will benefit ESA’s upcoming BepiColombo mission to Mercury, and other future science missions.