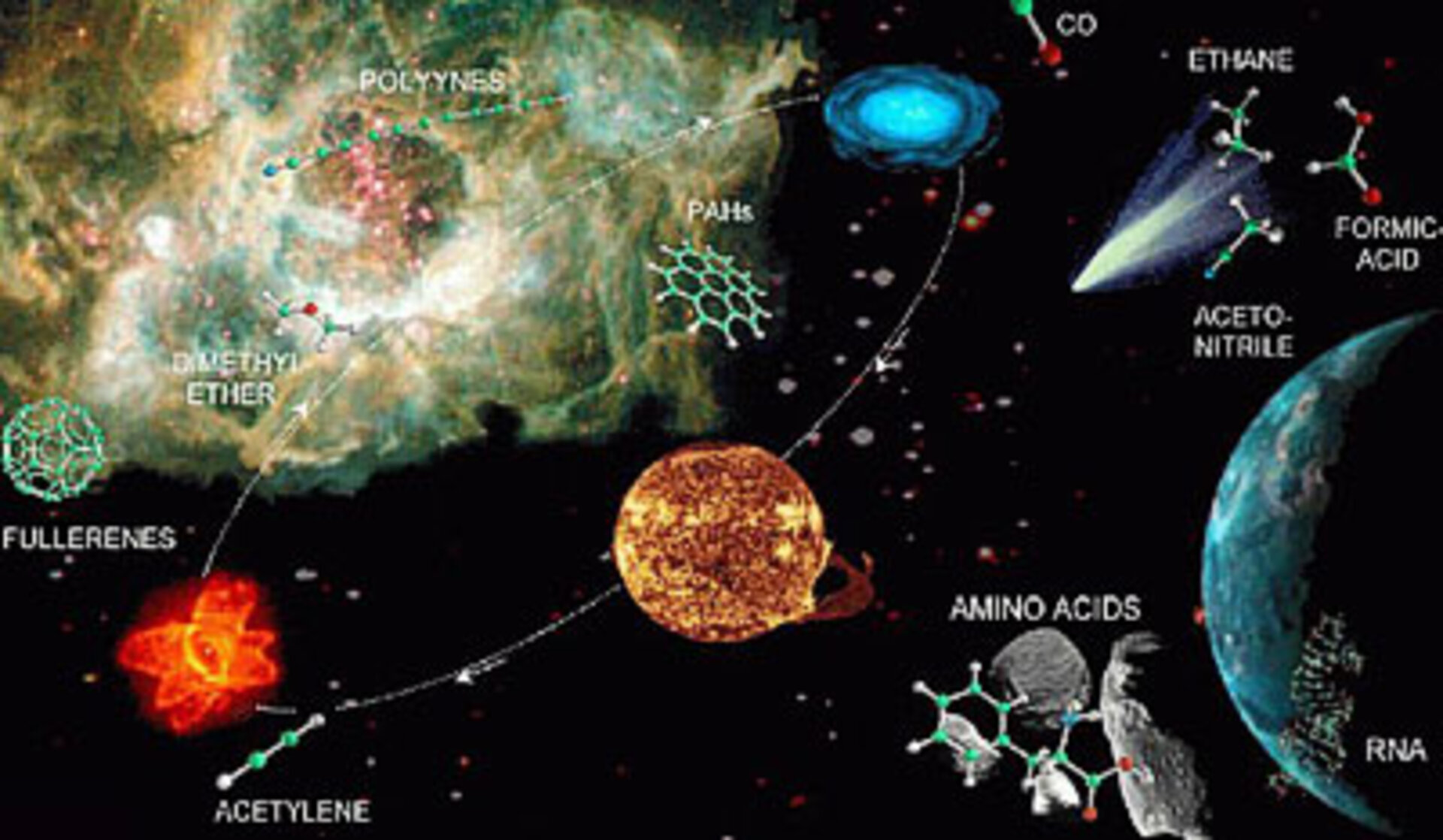 Two of the main questions in science are: How did life arise on Earth? Are living organisms the rule or the exception?

The late British astronomer Fred Hoyle said that the emergence of a living cell from an inanimate chemical soup is about as likely as the assembly of a Boeing 747 jet by a whirlwind passing through a junkyard. In his opinion, our planet was 'seeded' with living micro-organisms coming from space.

Others think, instead, that it was the ingredients for life, rather than life itself, that came from the outside. There are also those who think that nothing of the above happened, and that everything was 'cooked' in-house.

One obstacle to solving the problem is that scientists have not yet agreed on what 'life' is. Amino acids are complex organic molecules present in all living organisms known so far; they make up the proteins, by attaching to each other according to the 'orders' dictated by the genetic code of every organism - the famous DNA molecule.

But amino acids themselves are not life, and it is not even clear whether they are 'essential' for life. Their existence only demonstrates that a complex organic chemistry is at work - 'organic' meaning only that the element carbon is present. In principle, a living system should at least be able to replicate and consume energy, but what happens for example with viruses and other micro-organisms that can stay silent and inactive, apparently dead for very long periods of time?

If scientists cannot define life precisely, how can they be sure that we do not have neighbours, here on Earth, to whom we have not yet been introduced? The answer, surprisingly, is: they are not sure. In addition, what about the search for life in places other than Earth? How can astronomers look for something which is not clearly described? The answer is: with great difficulty.

Scientists working on missions to Mars, for example, say they probably will not know for certain whether the Red Planet is 'inhabited' until someone goes there and has a very detailed look. In the case of planets that are not in our Solar System it is, obviously, even more difficult to prove or discard the presence of life.

ESA's future mission Darwin - due to be launched about 2014 - will be a brave attempt. Darwin will look for solid, Earth-like planets, because life is likely to need a solid surface to develop; then, it will search for life 'fingerprints' in the light coming from those planets. The metabolism of living organisms cause the planet's atmosphere to change; a planet having oxygen and methane in its atmosphere is likely to host life - in our Solar System only Earth has an oxygen-rich atmosphere.

However, even though the presence of these elements in the atmospheres of planets that orbit other stars would certainly surprise many scientists, it would not yet be proof for extraterrestrial life.