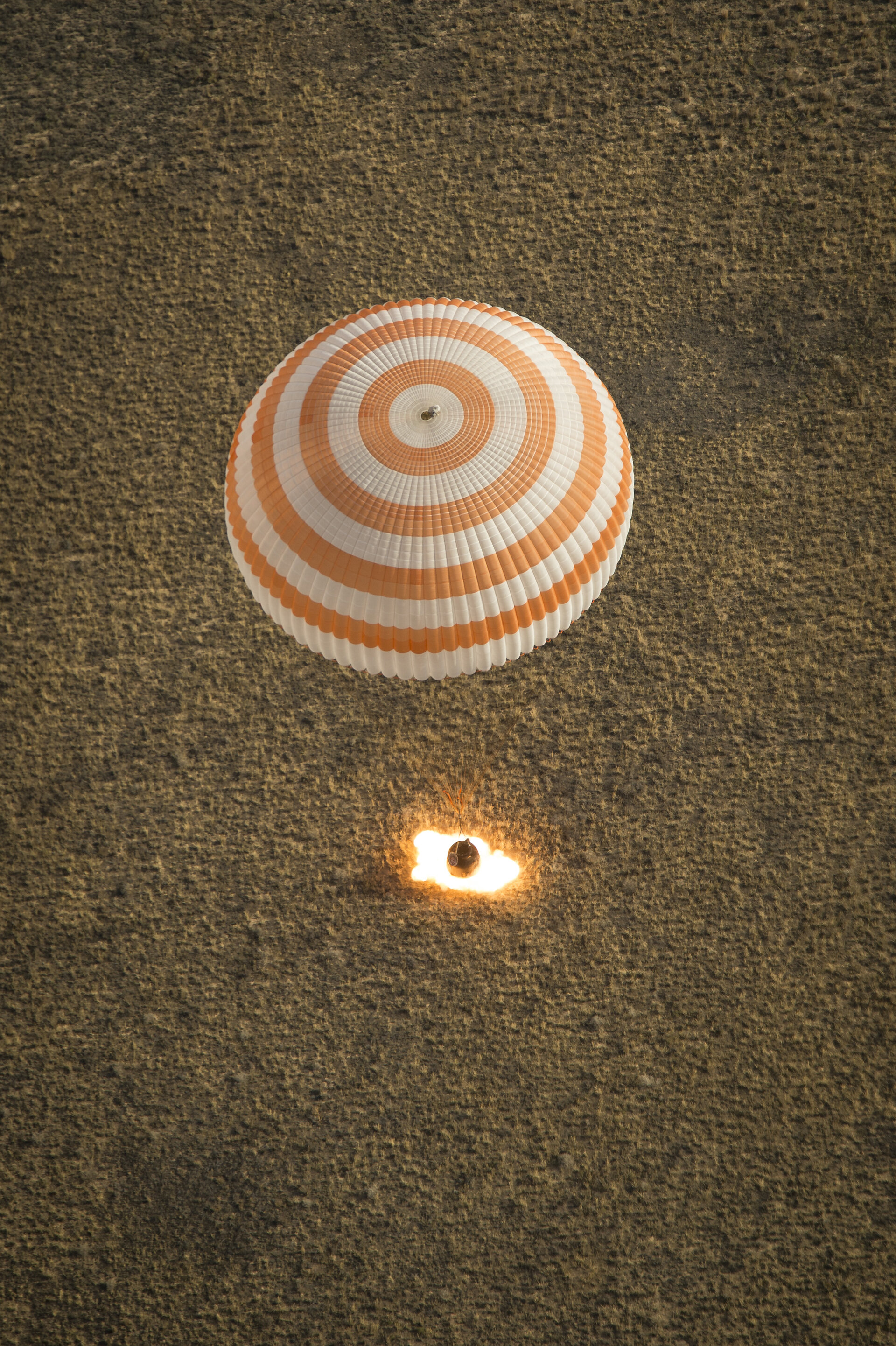 ESA astronaut Luca Parmitano, NASA astronaut Karen Nyberg and Russian cosmonaut Fyodor Yurchikhin waved goodbye to their crewmates as they left the International Space Station yesterday. This signals the end of Expedition 36 and the start of Expedition 37.

Cosmonaut Pavel Vinogradov together with flight engineers Chris Cassidy and Alexander Misurkin left the station in their Soyuz spacecraft and landed safely in Kazakhstan this morning.

The three astronauts left on the Station will continue working and maintaining the orbital outpost as they wait for the new arrivals to Expedition 37, Oleg Kotov, Sergei Ryazansky and Michael Hopkins, set to be launched on 25 September.

When their Soyuz ferry docks with the Station, Expedition 37 will be complete with six astronauts.

The change of Expeditions marks a halfway point for Luca’s busy and eventful mission. He monitored the docking of ESA’s Automated Transfer VehicleAlbert Einsteinand was responsible for unloading over 1400 items delivered by the supply ship. A second supply vessel, Japan’s HTV-4, left the Station last weekend.

Luca ventured outside to maintain and prepare the Station on two spacewalks in July. His second sortie was cut short when his helmet filled with water and he had to find his way back inside, without communications. His calm nerves, training and help from fellow astronauts and ground control saved the situation.

Luca then put on his plumber’s hat and spent many hours replacing a failed pump in Europe’s Columbus laboratory module.

In addition to all this effort, Luca’s focus is on scientific research. He installed the new Fases experiment that is helping us to understand emulsions – small droplets suspended in liquids that are used in many industrial processes. Luca also upgraded ESA’s Biolab with a new microscope for future experiments.

Luca was a guinea pig for many experiments looking into how astronauts’ eyes and skin react to living in space, freezing samples for analysis back on Earth and filling in questionnaires on headaches.

Luca and his crewmates performed all these jobs and more while each exercising 1.5 hours a day. As they are only halfway through their mission, Luca, Karen and Fyodor have a lot more work facing them before their return to Earth on 10 November.