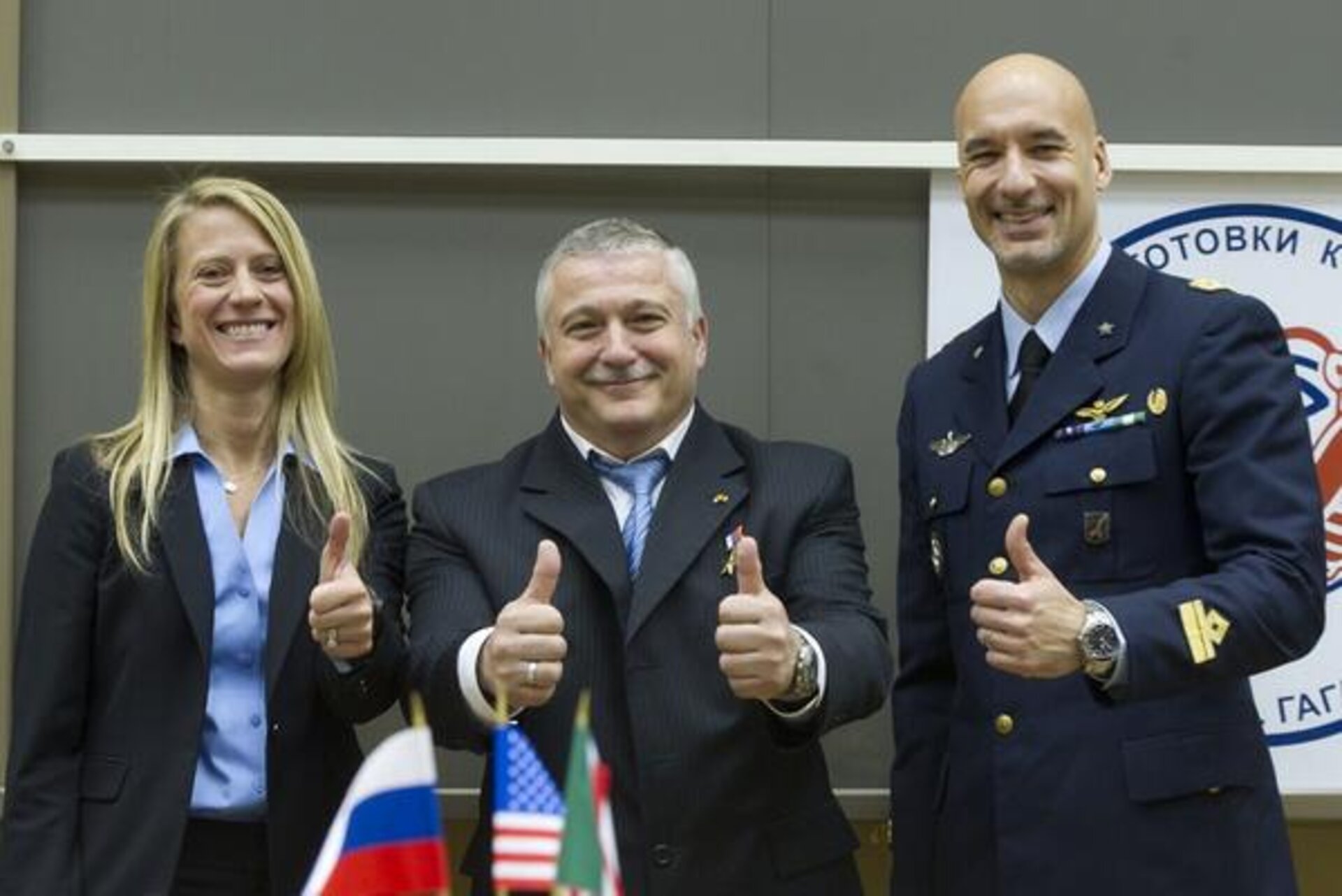 NASA astronaut Karen Nyberg, cosmonaut Fyodor Yurchikhin and ESA astronaut Luca Parmitano were officially declared ready on 10 May for their mission to the International Space Station. They will leave Earth on a Soyuz rocket from Baikonur, Kazakhstan three hours before local sunrise on 28 May at 20:31 GMT (22:31 CEST 29 May).

Luca spent the last few weeks in Moscow preparing for his mission and passing exams. All Soyuz fliers stand before an examination board where their training results are presented. Afterwards, Luca and his crewmates visited Moscow’s Red Square to pay tribute to the cosmonauts who lost their lives to space exploration.

The crew will leave Moscow on Thursday to begin their final preparations at Baikonur. Luca’s Volare mission is being provided through an agreement with Italy’s ASI space agency. His scientific and maintenance work on the International Space Station will see him making two spacewalks.

Follow Luca’s personal blog and get behind-the-scenes information on the Volare blog as it happens.