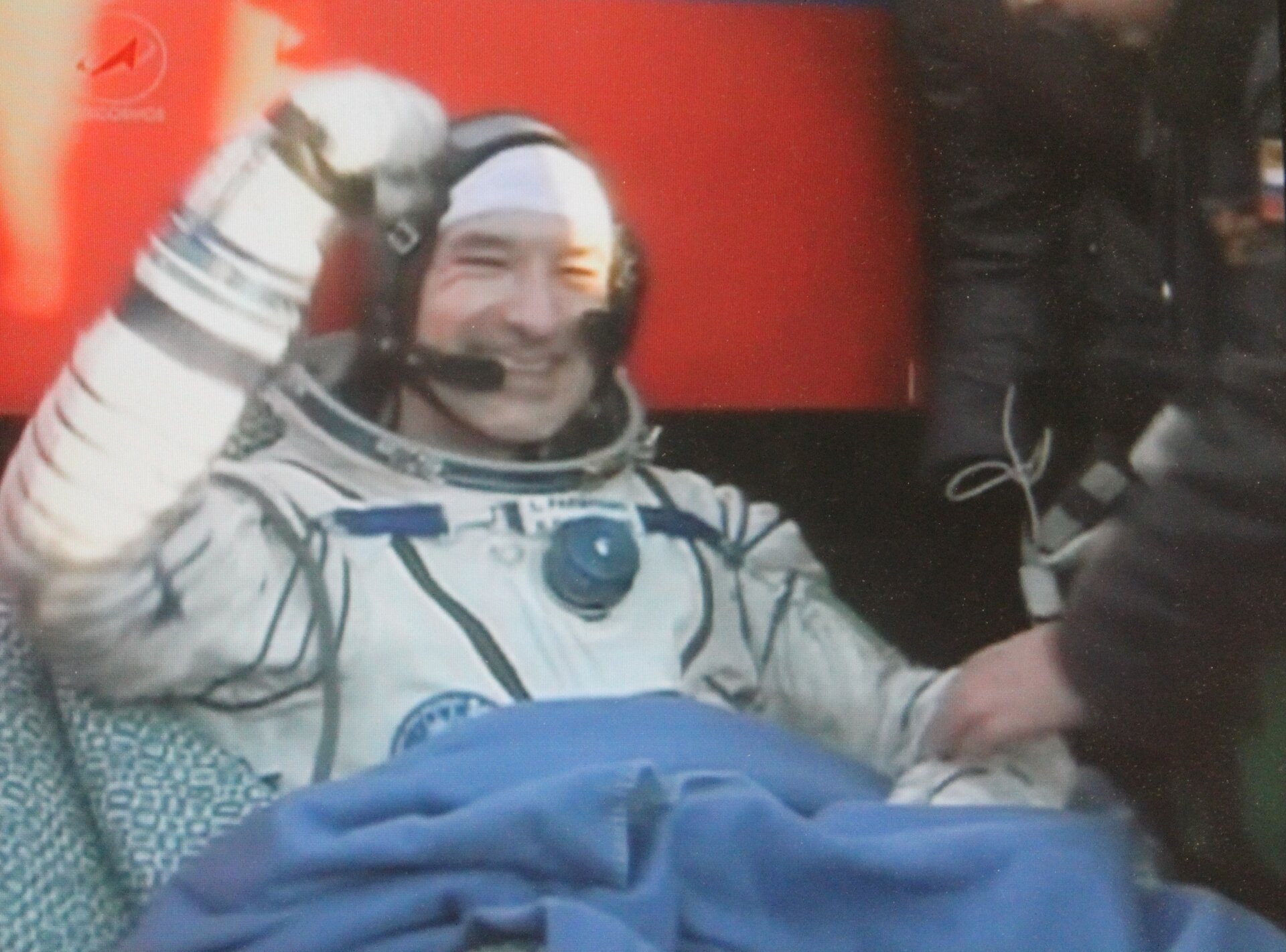 Their return flight, landing at 02:49 GMT (03:49 CET), was in the same Soyuz TMA-09M spacecraft that flew them to the International Space Station on 29 May.

Luca and Karen will now travel to Houston, Texas, where they will undergo medical checks before meeting media on 13 November at 13:30 GMT (14:30 CET).

Luca spent five months on the International Space Station for his Volare mission under a bilateral agreement with the Italian space agency and NASA. He conducted more than 30 scientific experiments, performed two spacewalks and operational tasks as well as maintaining the orbital outpost.

Luca’s science roster included installing and running experiments on emulsions that will help industry to create foods and pharmaceuticals with longer shelf‑lives.

The Italian astronaut used ESA’s space furnace to heat metal to 1400°C for studying microstructures during alloy casting. This research can only be conducted in microgravity and is paving the way for ultra-light and stable space‑age metals.

Another experiment had Luca collect data of his own skin to help develop a model of how our tissues age. Luca also recorded his sleep to help understand how the human body regulates sleep patterns.

These experiments and more are benefitting people on Earth and preparing humans for further exploration of our Solar System. Previous experiments have drastically improved the industrial process for creating complex titanium alloys, resulting in cheaper and faster manufacturing of high-quality materials.

In addition to his scientific workload, Luca carried out operational tasks such as monitoring the docking of ESA’s fourth Automated Transfer Vehicle, Albert Einstein. Luca oversaw the unloading of more than 1400 items from the cargo spaceship.

Karen and Luca worked as a team to grapple and berth the second commercial spacecraft to visit the International Space Station, Cygnus.

His eventful mission included two spacewalks to install external experiments and prepare the Station for a new Russian module that will be launched next year.

Luca’s second spacewalk was cut short after a malfunction in the spacesuit caused water to accumulate inside his helmet, forcing him and NASA astronaut Chris Cassidy to return to the airlock as quickly as possible. Luca, a test pilot from the Italian air force, remained calm and returned to the airlock safely despite intermittent communications and without being able to see out of his helmet.

This was the first mission for Luca and the first for ESA’s new astronauts from the class of 2009. The next to fly to the Station will be Alexander Gerst, set for launch on 28 May 2014 from Kazakhstan.

A large selection of photographs from Volare, many taken by Luca himself, is available on the Flickr page.