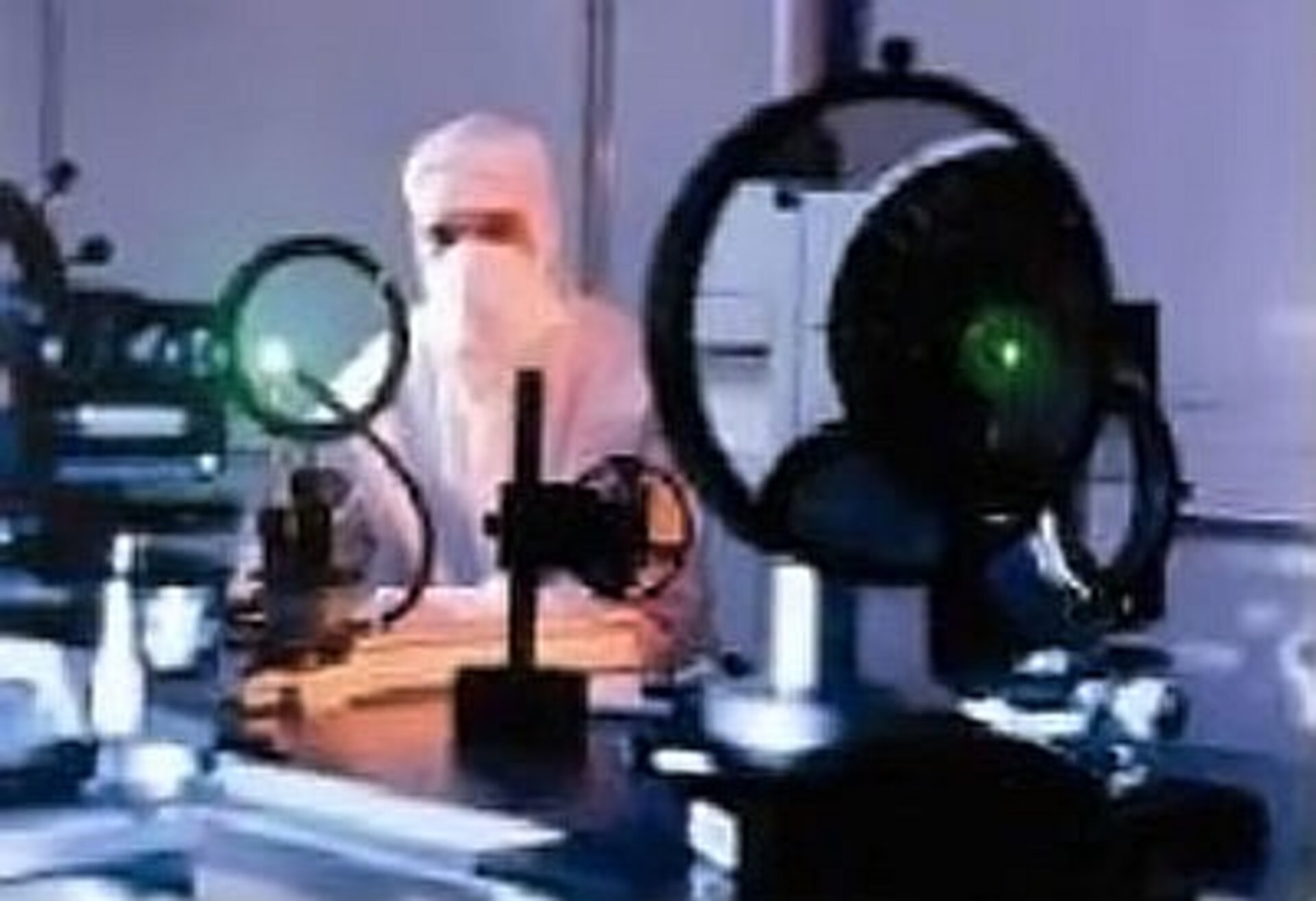 When it comes to non-standard mirrors for large size telescopes, lightweighted optical components, aspherical surfaces and super-polishing technology the French company SESO has built-up a worldwide reputation for exceptional know-how and expertise.

Under an ESA contract, SESO has developed engineering tools for the qualification of optical coating. The company has also participated to several ESA missions: Envisat, ISO and MetOp.

Funded by ESA’s SME Initiative under the so-called LET-SME (Leading Edge Technologies for SMEs) programme, the goal of the activity was to develop a methodology to test the behaviour of optical coatings during the transition of air to vacuum. The results were presented at the International Conference for Space Optics in 2006 at ESTEC in Noordwijk(1).

Whatever their use, optical coatings are always subject to at least one air-vacuum change. During the first vacuum to air transition, optical layers made of metallic components or oxides fix the humidity of the air. The water thus fixed modifies the optical properties of the coating.

If the coating is subject to new air-vacuum transition, the water absorbed by the layers will be partially desorbed, thus modifying the optical properties and inducing the desorption(2) of some elements.

In order to characterize such modifications, the engineering tool developped by SESO is able to:

The performances of the equipment are compliant with what would be expected with such kind of device. The equipment has shown interesting results on coatings and filters. The device is being used for measuring :

SESO conceived the aluminium mirrors for the MIPAS telescope on ESA's Envisat satellite, the sunshade for the European infrared space telescope ISO, and the mirrors on the Infrared Atmospheric Sounding Interferometer IASI instrument of the weather satellite MetOp.

In 2004 the Council for the Central Laboratory of the Research Councils (CCLRC) in the UK chose SESO to manufacture an off-axis parabolic mirror for the Vulcan Laser System.

The company also develops LIDARs(3) (Light Detection and Ranging) and special lighting systems such as solar simulators for photovoltaic panels.

SESO is also involved in projects with industrial partners specialising in military equipment and space programmes.

How it all began

It all started almost 30 years ago. “To respond to the needs of large regional astronomy observatories, in 1965 an astronomer at the Observatoire de Haute-Provence in France started a company named Sud-Optique at Manosque,” explains Gilbert Dahan, SESO’s Chairman and CEO. “Twelve years later, the company was bought by Bertin Technologies and in 1986 it was renamed SESO: Société Européenne de Systèmes Optiques”. Gilbert Dahan bought SESO from Bertin in 1994 and the company is now ranked amongst the world’s best suppliers of optical systems.

The keys to success

SESO invests more than 10% of its turnover in research and development (R&D), and cooperates with laboratories and organisations such as ESA, CNES, ESO (European Southern Observatory), CEA (French Atomic Energy Agency), ESRF (European Synchrotron Radiation Facilities) and industries such as EADS and Thales.

Located in the industrial area of Aix-en-Provence, the factory includes several clean rooms and controlled atmosphere workshops. It has recently doubled the area devoted to production and acquired the latest polishing equipment.

On the basis of its work for CNES, ESA and other European space actors, SESO has been able to build-up its international business and has won several significant contracts with a number of countries, including South Korea, China, Taiwan and Australia.

SESO is now a world leader in the design and manufacture of mirrors for synchrotrons. It has a turnover of €12.5 million, 60% of which is derived from exports. Today it employs 67 people, two-thirds of whom are highly qualified engineers and technicians.

“The company owes its successes to its extensive efforts towards increasing exports, a motivated management, a clear strategy in technological niches, important investment, the strength of its know-how and an ambitious R&D policy,” emphasises Gilbert Dahan.

(2) Desorption is the phenomenon whereby a substance is released from or through a surface.

(3) A LIDAR (Light Detection and Ranging) is an optical remote sensing technology to measure properties of scattered light to find range and/or other information about a distant target.