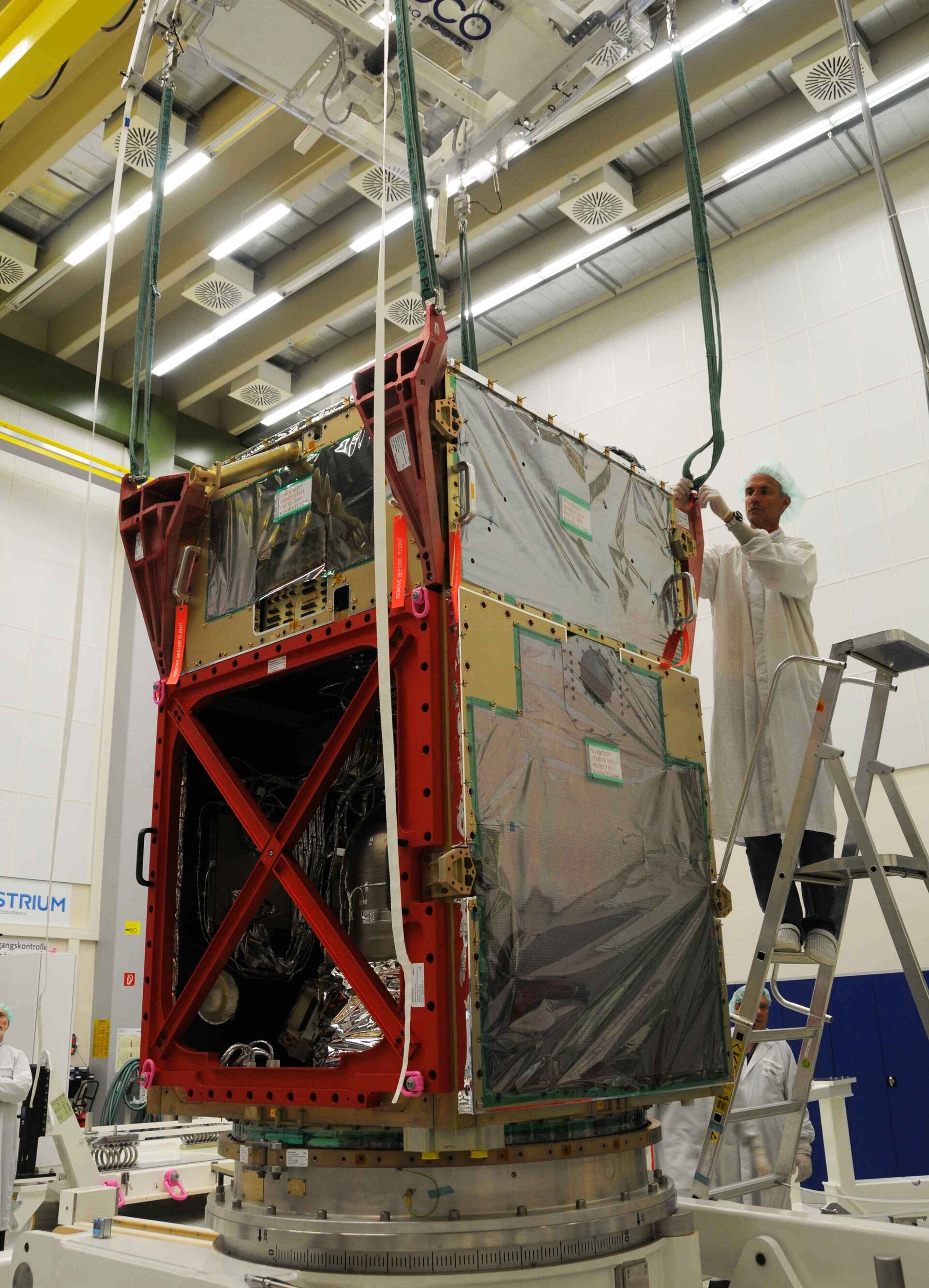 An important milestone has been reached in the development of Sentinel-2. The satellite platform has been delivered to Germany where it will be integrated and tested with the various components that make up this sophisticated new craft to monitor Earth’s land surfaces.

Manufactured by CASA in Spain, the platform has now been installed in the cleanroom at Astrium’s facilities in Friedrichshafen.

The platform provides the structure on which to mount the payload instruments and infrastructure for the mission such as power, communications to the ground and navigation.

As prime contractor, Astrium GmbH has the overall responsibility for the design, development and the integration of the Sentinel-2 satellite. However, the mission is the result of a wider European endeavour as components are being supplied through an industrial consortium with core-team partners in France, Germany and Spain.

Sentinel-2 is one of five Sentinel missions that ESA is developing for Europe’s Global Monitoring for Environment and Security (GMES) programme.

Through GMES, decision-makers will have access to reliable, timely and accurate information services to manage the environment, understand and mitigate the effects of climate change and ensure civil security.

The provision of robust data, which will be supplied largely by the Sentinel missions, is key to the success of the programme.

The mission is foreseen as a series of satellites over 20 years, each having a lifetime of more than seven years. The first, which is currently being integrated in Germany, is planned to be launched in 2013.

In full operations, two identical satellites will be maintained in the same orbit. The pair of Sentinel-2 satellites will deliver imagery on all land surfaces and coastal zones every five days in cloud-free conditions, and every two to three days in mid-latitudes. In case of cloud cover, the observation frequency is reduced accordingly.

Each Sentinel-2 satellite carries a multispectral imager with a swath of 290 km. The imager provides a versatile set of 13 spectral bands spanning from the visible and near infrared to the shortwave infrared, featuring four spectral bands at 10 m, six bands at 20 m and three bands at 60 m spatial resolution.

The first Sentinel-2 platform, which comes equipped with its propulsion system, satellite harness and thermal hardware, is now ready to be joined by the other satellite components and instruments over the next eight months as they become available.

This includes the multispectral instrument from Astrium in France and the optical communication payload which is provided as a contribution in kind by the German space agency DLR.

In parallel, a full testing programme will be carried out.