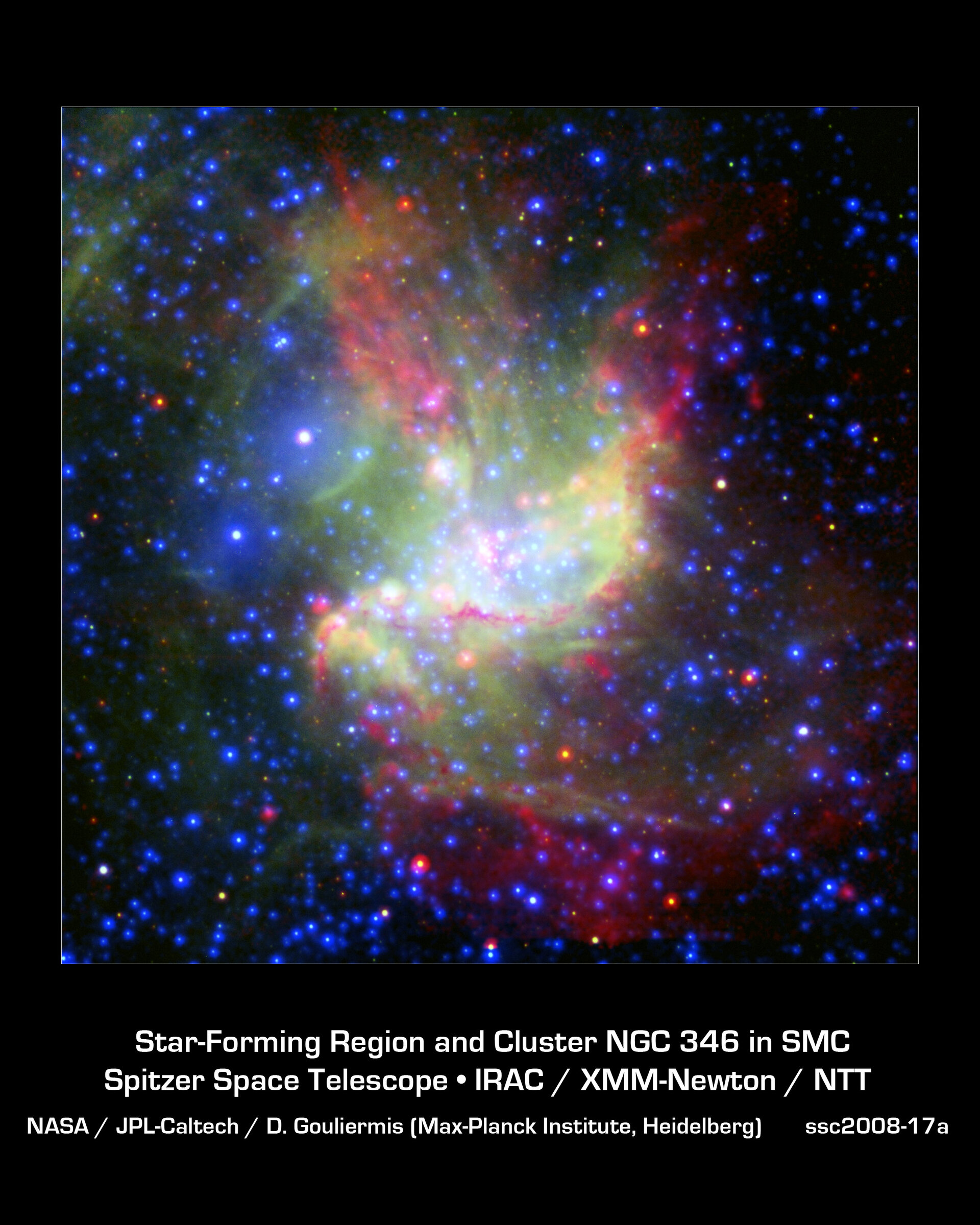 The colourful picture demonstrates that stars in this region are being created by two different types of triggered star formation - one involving wind, and the other, radiation. Triggered star formation occurs when massive stars spur new, smaller stars into existence. The first radiation-based mechanism is demonstrated around the centre of the cloud. There, radiation from the massive stars is eating away at the surrounding dust cloud, creating shock waves that compress gas and dust into new stars. This compressed material appears as an arc-shaped orange-red filament, while the new stars within this filament are still blanketed with dust and cannot be seen.

The second wind-based mechanism is at play higher up in the cloud. The isolated, pinkish blob of stars at the upper left was triggered by winds from a massive star located to the left of it. This massive star blew up in a supernova explosion 50 000 years ago, but before it died, its winds pushed gas and dust together into new stars. While this massive star cannot be seen in the image, a bubble created when it exploded can be seen near the large, white spot with a blue halo at the upper left (this white spot is actually a collection of three stars).

NGC 346 is the brightest star-forming region in the Small Magellanic Cloud, an irregular dwarf galaxy that orbits our Milky Way galaxy, 210 000 light-years away.