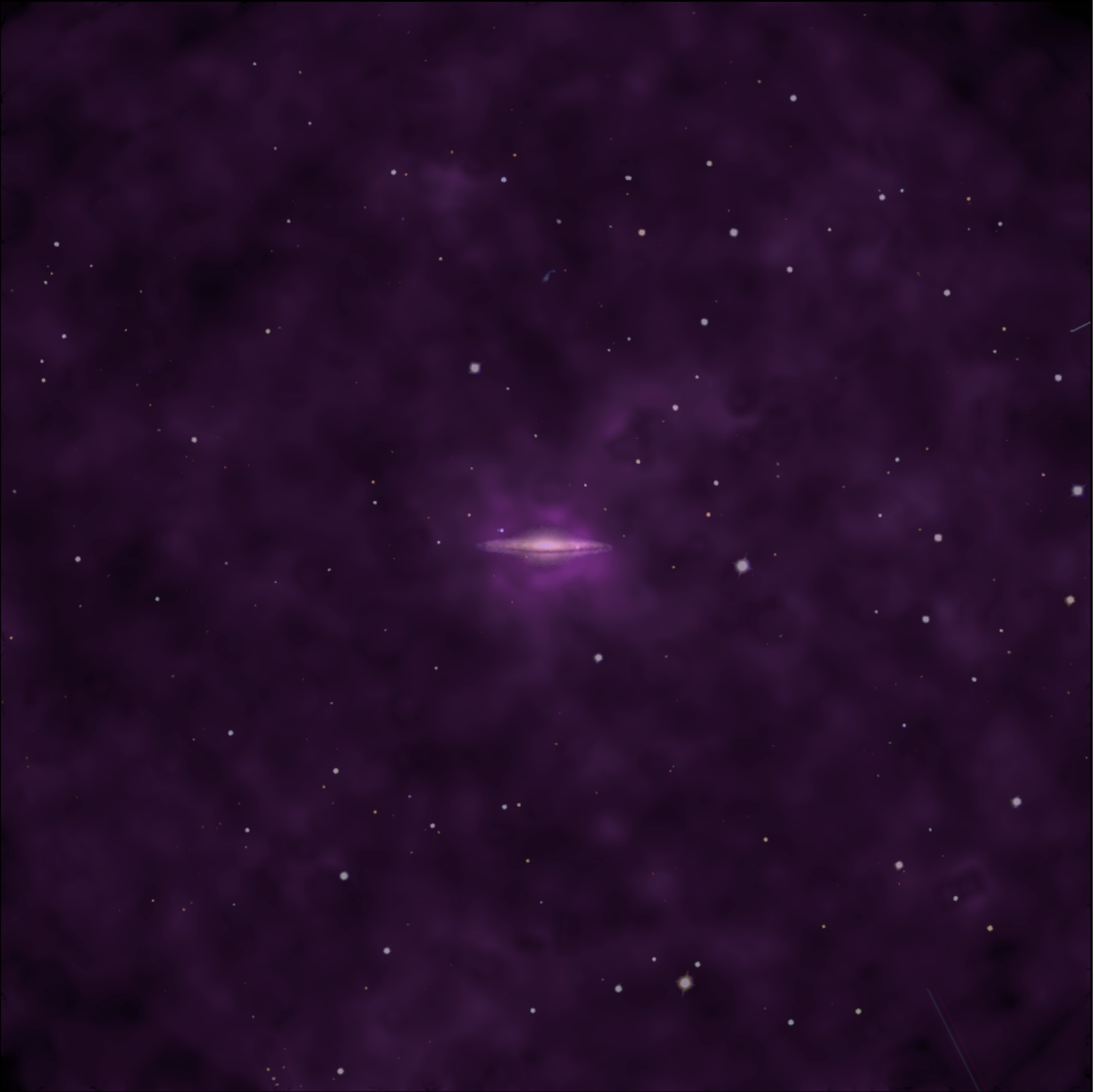 This image illustrates the X-ray emission around a set of five galaxies that have been stacked together to bring out the details in their spherical, gaseous haloes. It was created by a team of scientists using ESA’s XMM-Newton space observatory, with the X-ray emission highlighted in purple.

All of the Universe’s matter exists in the form of either ‘normal’ matter or the notoriously elusive dark matter. Curiously, scientists studying nearby galaxies in recent years have found them to contain a significantly lower amount of normal matter than expected. This matter was thought to lurk in a galaxy’s extended halo, but a new XMM-Newton finding now suggests otherwise.

In a bid to explore the outer reaches of galaxies and determine how much matter is lurking there, the team observed six different spiral galaxies and stacked their data together to create one galaxy with the average properties of multiple. By doing this, the faint X-ray emission from the halo surrounding each galaxy became clearer, and emission from background sources easier to identify and discount.

This image comprises two components: a three-colour background image of a galaxy named NGC 5908 along with surrounding stars from the Sloan Digital Sky Survey, and a stacked overlay combining five different galaxies observed by XMM-Newton, which is visible as the purple haze permeating the frame.

The five galaxies included within the XMM-Newton stacked dataset are NGC 5908 (the same galaxy as seen in the background), UGC 12591, NGC 669, ESO 142-G019, and UGC A145; the team also observed NGC 550, but this galaxy was not stacked because it has a bright galaxy cluster directly behind it, making it difficult to visualise clearly without affecting the other data. The purple haze thus represents the X-ray emission from a halo such as that surrounding NGC 5908.

The XMM-Newton data all cover the 0.5 to 1.25 keV energy range and have an exposure time of about five days. The galaxies have been rescaled to the same distance and rotated and repositioned in order to be stacked accurately. Each has been smoothed, and especially bright X-ray sources that may interfere with the galactic emission have been masked and smoothed out (residual smooth patches may still be visible).