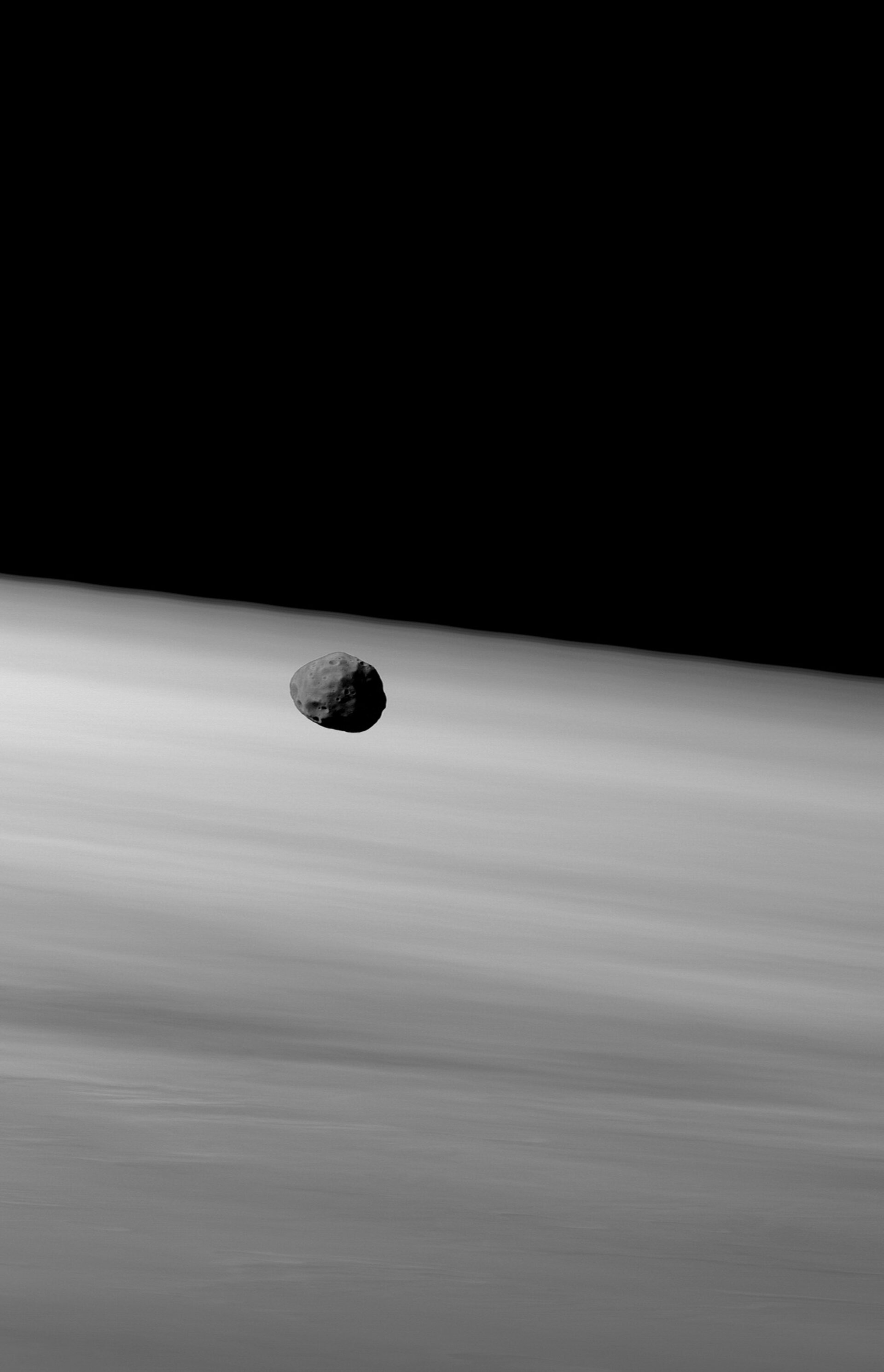 On 26 January, Mars Express completed its 7777th orbit around the Red Planet, an auspicious milestone as the satellite is readied for the closest-ever flyby of Phobos, scheduled for just a few weeks from now.

Mars Express has been in orbit since 25 December 2003, returning a wealth of scientific information and some of the most stunning high-resolution imagery of the Red Planet ever. Its data have allowed scientists to measure the abundance of water ice and vapour in the martian subsurface, surface and the atmosphere, as well as previously unknown methane in the atmosphere.

This week, the orbiter completed 7777 circuits of the planet and continues to operate flawlessly. Currently, each orbit takes 6 hours and 54 minutes. The spacecraft is following a polar orbit, and at closest approach passes just 350 km above the surface of Mars and, at farthest approach, 10 300 km.

This highly elliptical orbit will enable Mars Express, on 3 March, to conduct the closest flyby and examination of Phobos, Mars’ largest moon. The flyby, at a planned altitude of just 50 km, will collect very precise radio Doppler data to help determine the moon’s gravity field more accurately than ever.

This close flyby will be bracketed by similarly close passages, which will be used for other scientific investigations including radar sounding and imaging.

Knowing the gravity field will help scientists to understand the distribution of mass inside the moon, which is another step in the quest to discover the origin of Phobos.

None of the other spacecraft now orbiting Mars can fly as close to Phobos. While Mars is the mission’s primary target, this flyby is an excellent opportunity for additional scientific investigation of the Mars system, and will boost overall science return.

This Phobos flyby is combined with a sequence of precise orbit manoeuvres planned in February and March. They will increase the orbit duration to almost exactly 7 hours, in order to improve the Sun illumination of the ground track pictured by the spacecraft for many years to come.

Mars Express is scheduled to operate until 2012; a further extension to 2014 will be assessed this year.