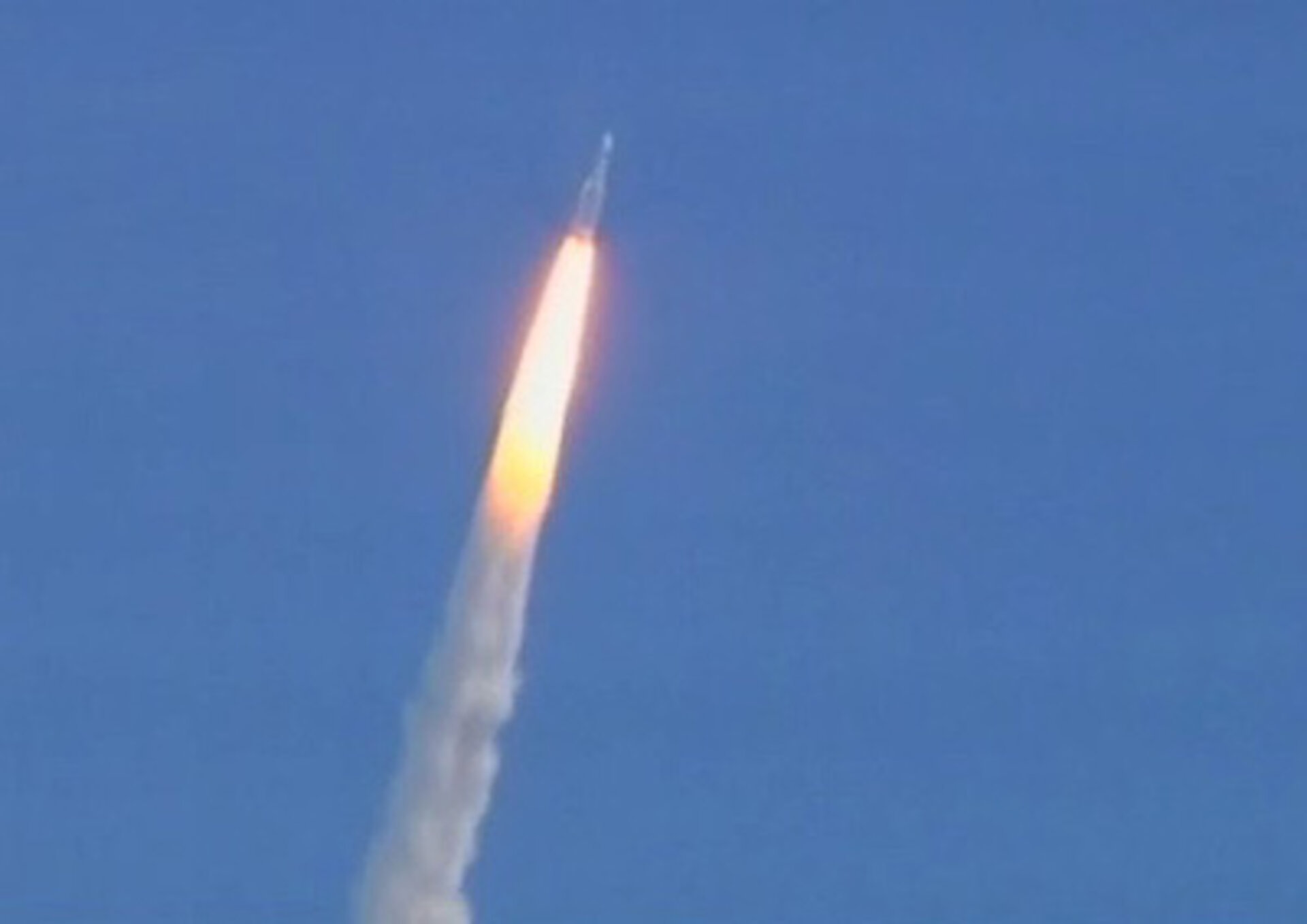 ESA PR 10-2009 Two of the most ambitious missions ever attempted to unveil the secrets of the darkest, coldest and oldest parts of the Universe got off to a successful start this afternoon with the dual launch of ESA’s far infrared space telescope Herschel and cosmic background mapper Planck on an Ariane 5 rocket from Europe's Spaceport in French Guiana.

Herschel, equipped with the largest mirror ever launched into space, will observe a mostly uncharted part of the electromagnetic spectrum so as to study the birth of stars and galaxies as well as dust clouds and planet-forming discs around stars. In addition, it will be the most effective tool ever devised to look for the presence of water in remote parts of the Universe.

Planck is designed to map tiny irregularities in fossil radiation left over from the very first light in the Universe, emitted shortly after the Big Bang. Planck will have enough sensitivity to reach the experimental limits of what can be observed, thus peering into the early Universe and studying its constituents such as the elusive dark matter and dark energy that continue to be a puzzle to the science community worldwide.

A Journey to L2

Both of these highly sophisticated spacecraft were lofted into space atop an Ariane 5 ECA vehicle from Europe’s spaceport in Kourou, French Guiana, at 13:12 UTC (15:12 CEST) today, Thursday 14 May 2009. Almost 26 minutes later, and about two minutes from each other, they were released separately on an escape trajectory toward a virtual point in space, called L2, some 1.5 million kilometres from Earth in the opposite direction to the Sun.

Herschel and Planck are currently on a highly elongated orbit that will eventually bring them to an average distance of about 1.5 million km from the Earth. Since the acquisition of the first radio signals from the two satellites at 15:49 today, they have now come under the control of ESA’s European Space Operations Centre (ESOC) in Darmstadt, Germany. Both appear to be in nominal condition on their way towards their final orbit around L2. Their first trajectory correction manoeuvres are scheduled for tomorrow.

After about two months, the two satellites will begin their scientific observations from two separate orbits around L2, where the combined pull of the Earth and Sun creates a gravitational stability point. Once there, undisturbed by thermal and radiation interference caused by the Sun, the Earth or the Moon, Herschel will observe pre-selected celestial targets, while Planck will perform a continuous survey of the overall sky.

“With Herschel we can resume the pioneering work undertaken with ISO, ESA’s first infrared space observatory operating in the second half of the 90s, and we are building upon the experience gained to date by the world wide scientific community in the field of infrared astronomy,” said David Southwood, ESA Director of Science and Robotic Exploration. “We now have much more advanced technology at our disposal. Together with our partners across the world and with the scientific community, which have been waiting for this unique moment for a long time, we will work hard to fulfil Herschel’s ambitious promise, confident that we will achieve a revolutionary breakthrough in the urgent quests of today’s space science.”

“Planck is ESA’s first mission dedicated to the study of relic radiation from the Big Bang, designed to continue the marvellous work undertaken over the last 20 years by Russia’s Relikt, and NASA’s COBE and WMAP satellites,” Professor Southwood continued. “With Planck, we are pushing the boundaries of our knowledge to the very limits of what can be observed according to theory. It is a tremendous technical challenge but helping to bring about a great leap forward in our understanding of the origin and perhaps the fate of our Universe will be a tremendous reward too!”

“This dual launch is the crowning of some 20 years of hard work for the scientists who imagined these missions, the engineers who designed these satellites, the firms that built them and the ESA staff who coordinated all these efforts,” said ESA’s Director General, Jean-Jacques Dordain. “This marvellous work could never have been accomplished without the commitment of all of ESA's Member States, which have consistently ensured that Space Science remains the backbone of our activities. An outstanding Space Science programme shaped by scientific communities across Europe, driving innovation, and embedding new technologies for the benefit of all citizens.”

“Herschel and Planck are the most complex science satellites ever built in Europe. They were developed by an industrial team led by Thales Alenia Space France and comprising more than 100 contractors from 15 countries in Europe and the United States. The instruments on both satellites, and the Planck telescope, were provided by consortia of European laboratories and institutes led by France, Italy, the Netherlands, the United Kingdom, Germany and Denmark, with a major contribution from scientific institutions in other countries such as the United States and Canada,” Dordain added.

“Herschel and Planck will enable us to go very far back in time, to the origins of our Universe and it is only by better understanding our Universe’s overall past that we can help to better define the future of our planet, the Earth, not as a self-standing celestial body but as an integral part of the whole system,” Dordain concluded.