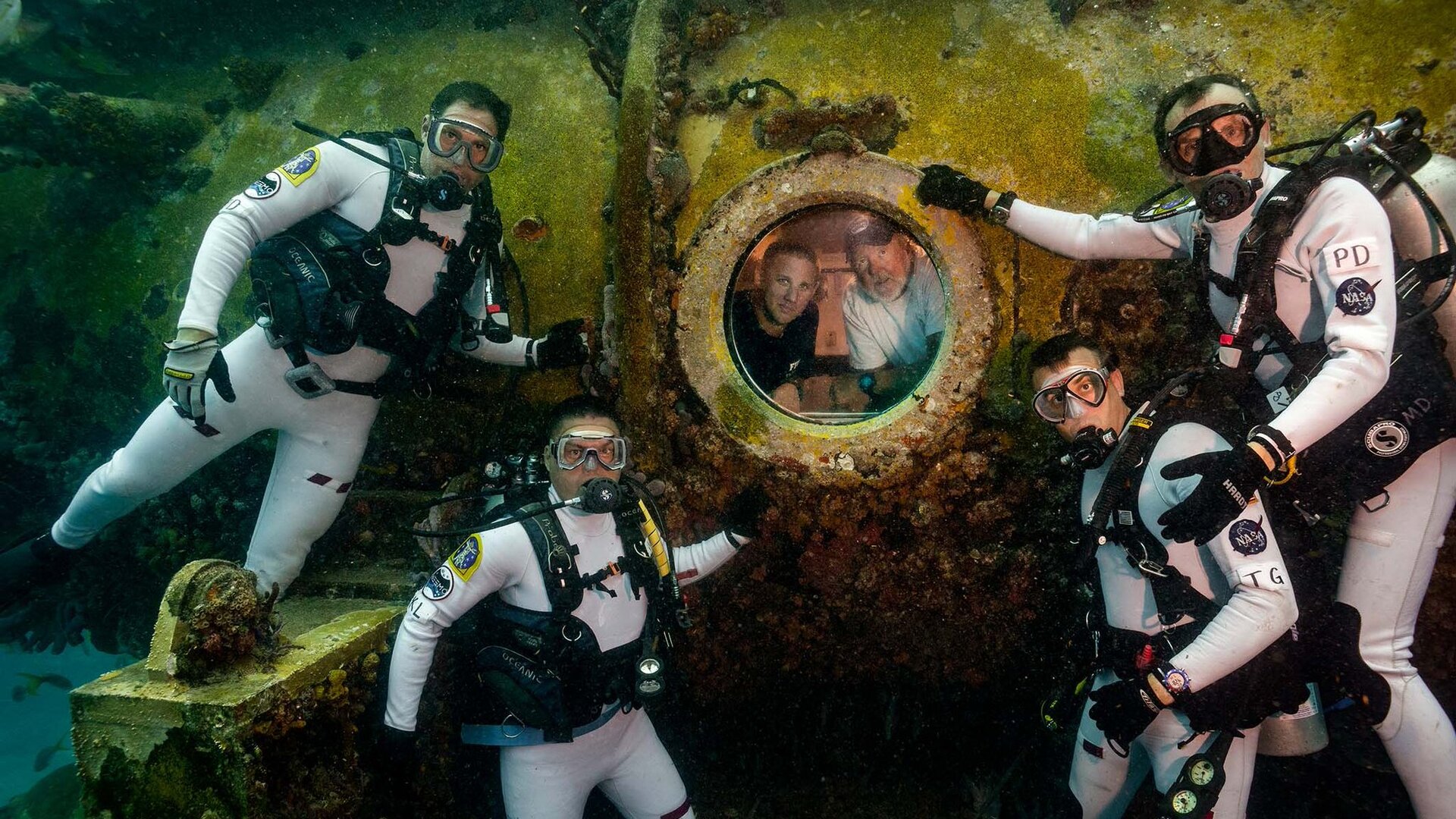 How do you prepare for space missions on Earth? One way is to simulate an expedition into space underwater. Yesterday, six aquanauts dived almost 20 m to the sea floor where they will spend 10 days living and working below the waves.

The team taking part in NEEMO 22, the 22nd NASA Extreme Environment Mission Operations mission, consists of astronauts, technicians and scientists who are now on board the Aquarius underwater habitat off the coast of Florida.

Objectives this year include testing technology to track equipment and studies of body composition and sleep.

The team will also assess new ESA hardware to help evacuate astronauts when on a lunar spacewalk. The Lunar Evacuation System Assembly (LESA) concept was developed and tested at ESA’s astronaut centre in Cologne, Germany.

When on a sortie in space, astronauts always head outside in pairs for safety. LESA will allow one astronaut to transport a colleague in need back to base and rescue. The system was tested in ESA’s neutral buoyancy facility and will now be put through an operational test during NEEMO.

A team of divers support the mission above ground acting as mission control as well as in the water as support divers. Complementing the NASA team are ESA astronaut Andreas Mogensen, who flew to the Space Station in 2015 and also a veteran aquanaut, ESA astronaut trainer Hervé Stevenin and ESA Eurocom Andrea Boyd, Japanese astronaut Aki Hoshide is joining as Capcom.

Space agencies are always looking for ways to prepare and train for spaceflight without leaving Earth. ESA sends astronauts underground in Sardinian caves and NASA goes underwater. Astronauts from all Space Station partners join to make the experience as realistic as possible – working efficiently and safely with a culturally diverse team is part of the package.

Last year Pedro took part in ESA’s caves training course with Aki. Andreas and Kjell know each other well from when they were both on the International Space Station during Andreas’ 10-day ‘iriss’ mission in 2015.