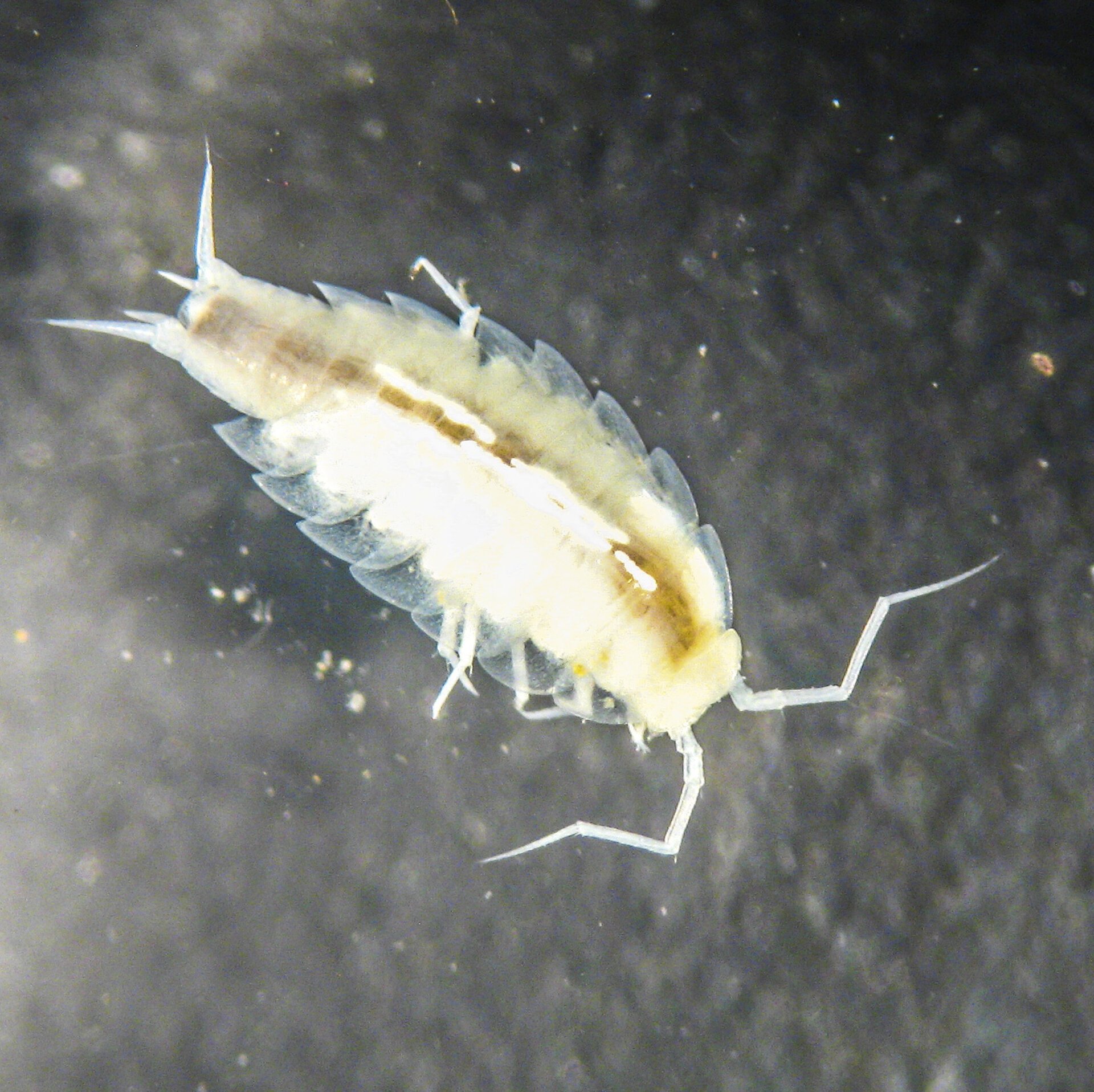 It is not every day that astronauts can claim to return to Earth with a new species of life. But when the astronauts on ESA’s CAVES underground training course returned to the surface they were carrying a special type of woodlouse.

CAVES training sends astronauts from all the International Space Station partner nations underground for a week to learn about working in multi-cultural teams under extreme conditions.

During their six-night stay in caves in Sardinia, Italy, their scientific research included meteorology, surveying, geology and cataloguing underground life.

“Every year we scout the area to prepare for the training mission,” says Loredana Bessone, course designer and project manager. “This year, we noticed interesting-looking crustaceans in a small pond.”

The astronauts set bait near the pond and in other places to attract and identify as many life forms as possible. ESA astronaut Andreas Mogensen recalls: “We set four lures in pre-defined areas and had two mobile baits that we placed in areas of interest.”

Cave scientists usually leave bait for three weeks. CAVES training lasts only a week so the biological sampling programme developer, Paolo Marcia, cooked up a special menu to lure the underground life: “I created a really stinky bait made of liver and rotten cheese.”

After three to four days, the astronauts chose a few specimens of the less common species and preserved them in alcohol to take above ground.

“We were concerned that not enough cave life had been collected, so I asked the astronauts to go back to the pond on the last day – and bingo!” says Laura Sanna, science operations director.

“Afterwards, we and the astronauts checked the specimens on a list of known species” says Jo de Waele, science coordinator.

Molecular analysis confirms the samples belong to a new species of crustaceans. Just under 8 mm long, these animals belong to the suborder of terrestrial isopods, commonly known as woodlice.

Most crustaceans such as crabs, shrimps and lobsters live in water while woodlice are the only group that have fully adapted to life on land.

The ancestors of the terrestrial isopods seem to have evolved from aquatic life to live on land. Surprisingly, the astronauts found a species that has returned to living in water, completing an evolutionary full circle.

“This find is important because the few aquatic woodlice we know of were thought to be primitive forms from which terrestrial woodlice had evolved. Now it is clear that these animals have evolved to live in water again,” explains isopod specialist Stefano Taiti.

“It is changing our point of view on evolutionary processes in regards to terrestrial isopods living in an aquatic environment.

“The find also confirms the theory that evolution is not a one-way process but that species can evolve to live in previously forgotten habitats.“

“This shows that CAVES offers a truly interesting scientific programme while keeping to its main goal: to train spaceflight teams in an operational space analogue on Earth,” affirms Loredana.