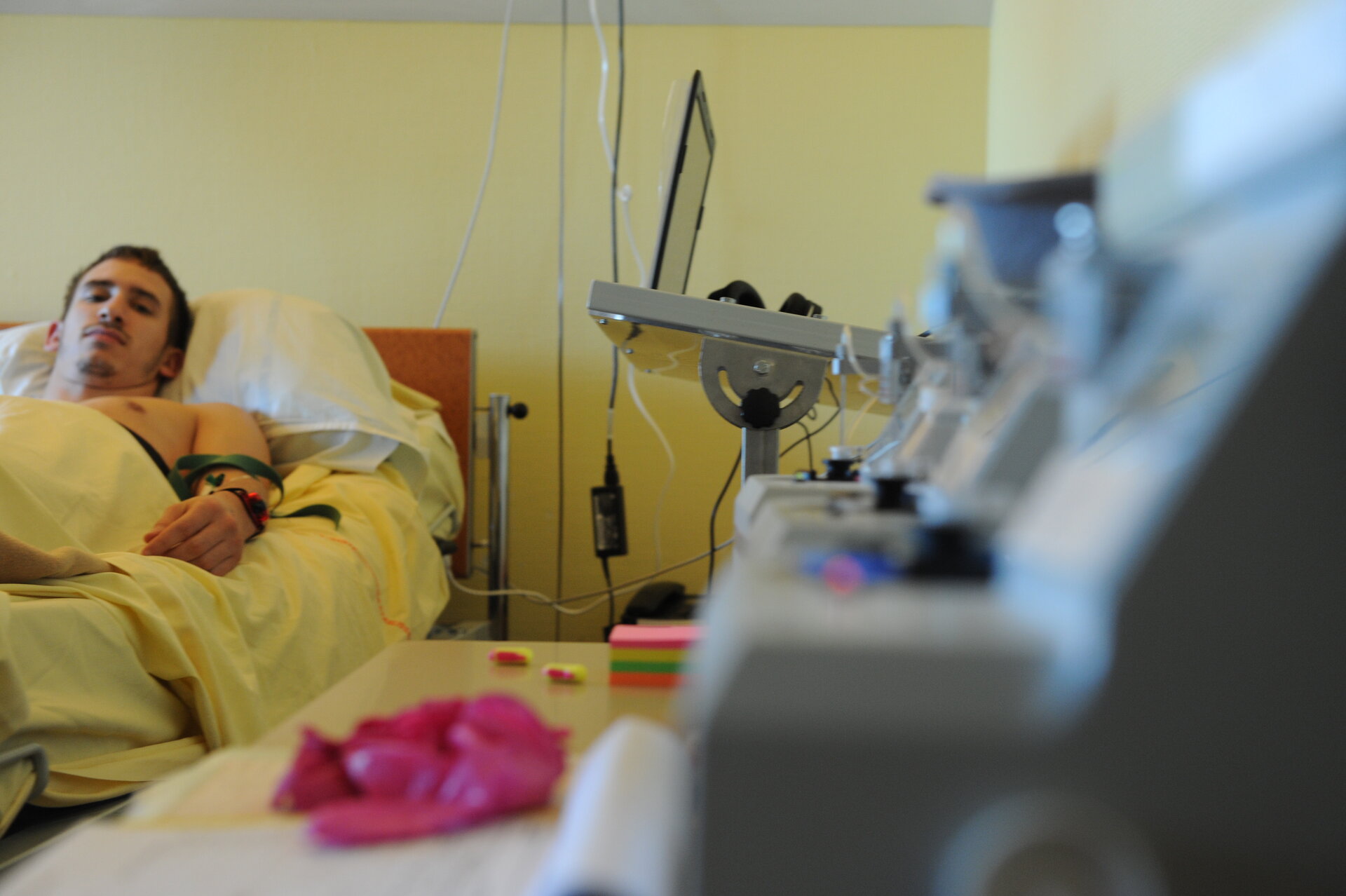 On Sunday, ESA’s bedrest volunteers began lying down for their second three-week session with their heads angled below the horizontal to help research the effects of weightlessness on the human body.

Bedrest studies are helping to develop countermeasures against the unwanted physical effects on astronauts during long spaceflights and bedridden people on Earth. For this study, in collaboration with France’s CNES space agency, three bedrest campaigns are spread out over a year with 12 volunteers in each of three groups.

Bedrest studies are part of the European Programme for Life and Physical Sciences, which focuses on using the International Space Station but includes ground-based research preparing for further human exploration.

Running these studies takes a mountain of planning and extensive cooperation between professions and institutes.

“ESA sends us the experiments they want to conduct. From there we start to look for volunteers, which is the most critical part of the organisation,” says Marie-Pierre Bareille from the Medes institute in Toulouse, France, running this study.

Medes advertised for volunteers over nine months before the study started and received more than 500 replies. Choosing the right people is crucial both for the individual experiments and the whole study. If one participant drops out at any time, all the experiments lose value.

What might seem like a paid holiday in bed requires many sacrifices from the volunteers. Not only are they expected to give up small pieces of their thigh muscles in regular biopsies, but they also have to remove themselves from their normal lives three times over the course of the year. During their time in bed, they cannot receive visitors and are expected to complete the session no matter what emergency at home.

“We try to exclude people who we think are incapable of completing the study,” says Marie-Pierre.

Food is an effective eliminator – meals are strictly controlled during the study and cannot be tailored to participants. If you require a special diet for whatever reason, you cannot take part.

Based on their motivation and background details, 46 volunteers were invited to a first medical exam. Those who passed were then invited to talk to a psychologist.

“Based on the medical results and psychologist’s advice, we chose 12 volunteers plus four kept as backups in case anyone drops out.”

In the run up to the bedrest, the focus shifts to how the nine experiments are organised. Some require special equipment from nearby hospitals, whereas others require the volunteer to be well rested – so scheduling those experiments just after an exercise test would mess up the results.

For this bedrest, the volunteers start in pairs one day apart. As equipment and personnel for the experiments are limited, this allows for the load to be spread out.

“We need to think of how the scientific experiments fit in with each other. It’s like a big jigsaw puzzle to cater for everyone’s needs,” says Marie-Pierre.

Marie-Pierre was relieved that all the volunteers from last year’s session returned for another series of tests and examinations lying down. Unfortunately, just as in a real spaceflight, organisers have to prepare for the unexpected – one subject withdrew on Saturday for personal reasons.

Marie-Pierre explains that this period is calmer for the organisers: “We can rest a bit until the participants return to walking upright and an intensive period of tests is needed straight after the bedrest.”

In September the process will be repeated a last time to collect the final data.