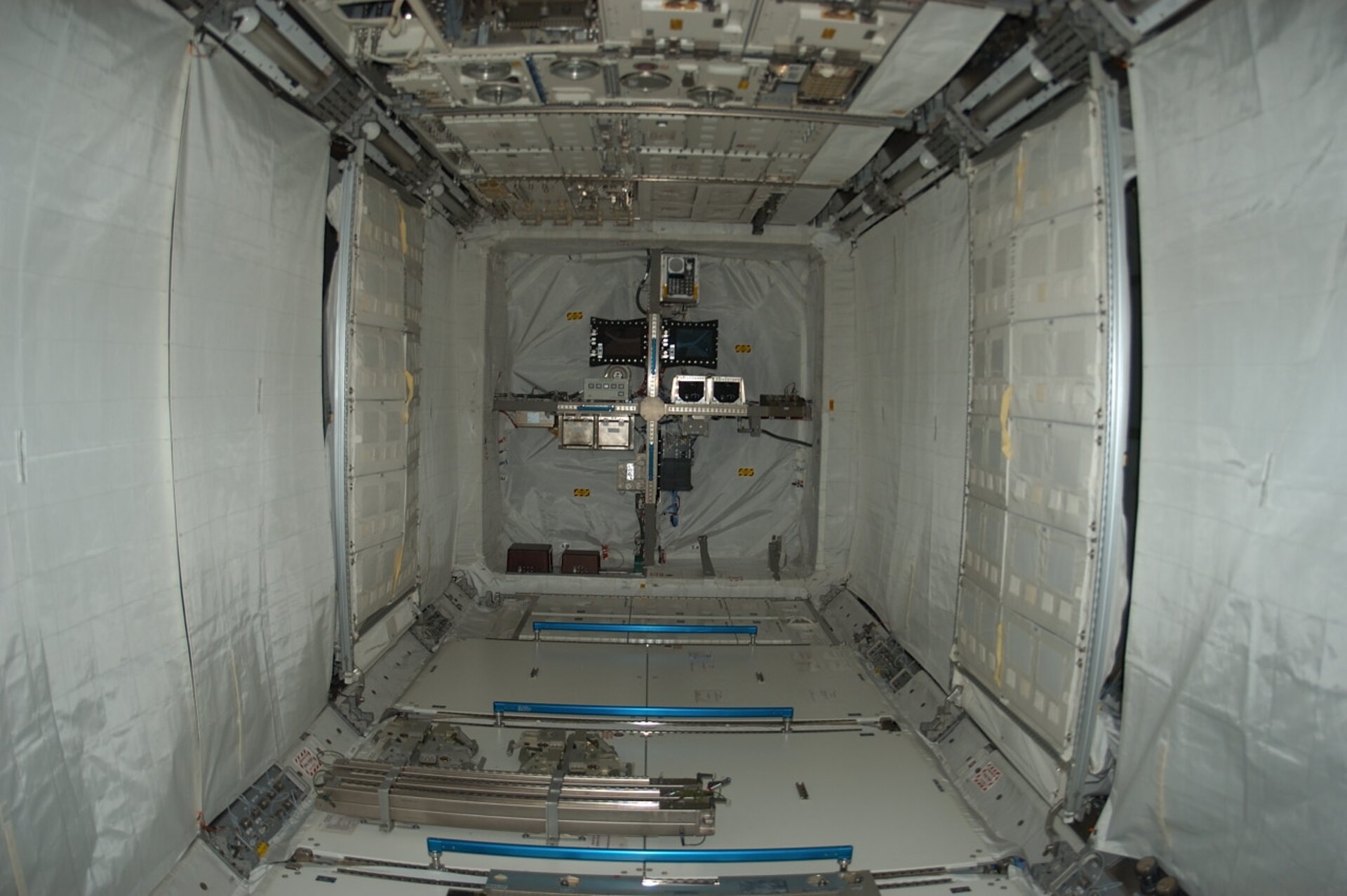 Preparations of the European Columbus laboratory took an important step earlier this week with the final closure of the module’s hatch ahead of the December launch to the International Space Station.

Although there was no formal ceremony to mark the occasion, the hatch closure is an important milestone for all involved. “This means we are 99% ready for flight,” explains Bernardo Patti, ESA’s Columbus Project Manager. “All the activities related to the pressurised volume are finished. The work left to be done on the exterior is considered to be minor.”

The 8-metre long Columbus laboratory is currently under preparation for flight at the Space Station Processing Facility (SSPF) at NASA’s Kennedy Space Center (KSC), in Florida.

The team at KSC has worked hard over the past weeks to meet the schedule. “The last checkouts were completed - the module worked perfectly and all the health checks were successful,” says Patti.

After power shutdown the team performed a meticulous check of each zone inside the module. The hatch was then closed to 80%, leaving a gap to allow for final air purge, before being fully closed late on Tuesday afternoon. Patti: “The next time the hatch is opened will be in orbit, allowing the astronauts to enter the module for the very first time.”

Next up for Columbus is a Payload Readiness Review which is expected to give the green light for moving the module to the canister – a large container in which Columbus will be taken to the launch pad early in November ready to be placed inside the Space Shuttle’s cargo bay.

The European Columbus laboratory is the cornerstone of ESA’s contribution to the ISS and the first European laboratory dedicated to long-term research in space. Columbus will be carried into orbit in the cargo bay of Space Shuttle Atlantis on the STS-122 mission, scheduled for launch on 6 December 2007.

The STS-122 crew includes ESA astronauts Hans Schlegel and Leopold Eyharts. Eyharts will remain on the ISS for two months as a member of the Expedition 16 crew to oversee the in-orbit commissioning of Columbus and its experimental facilities.