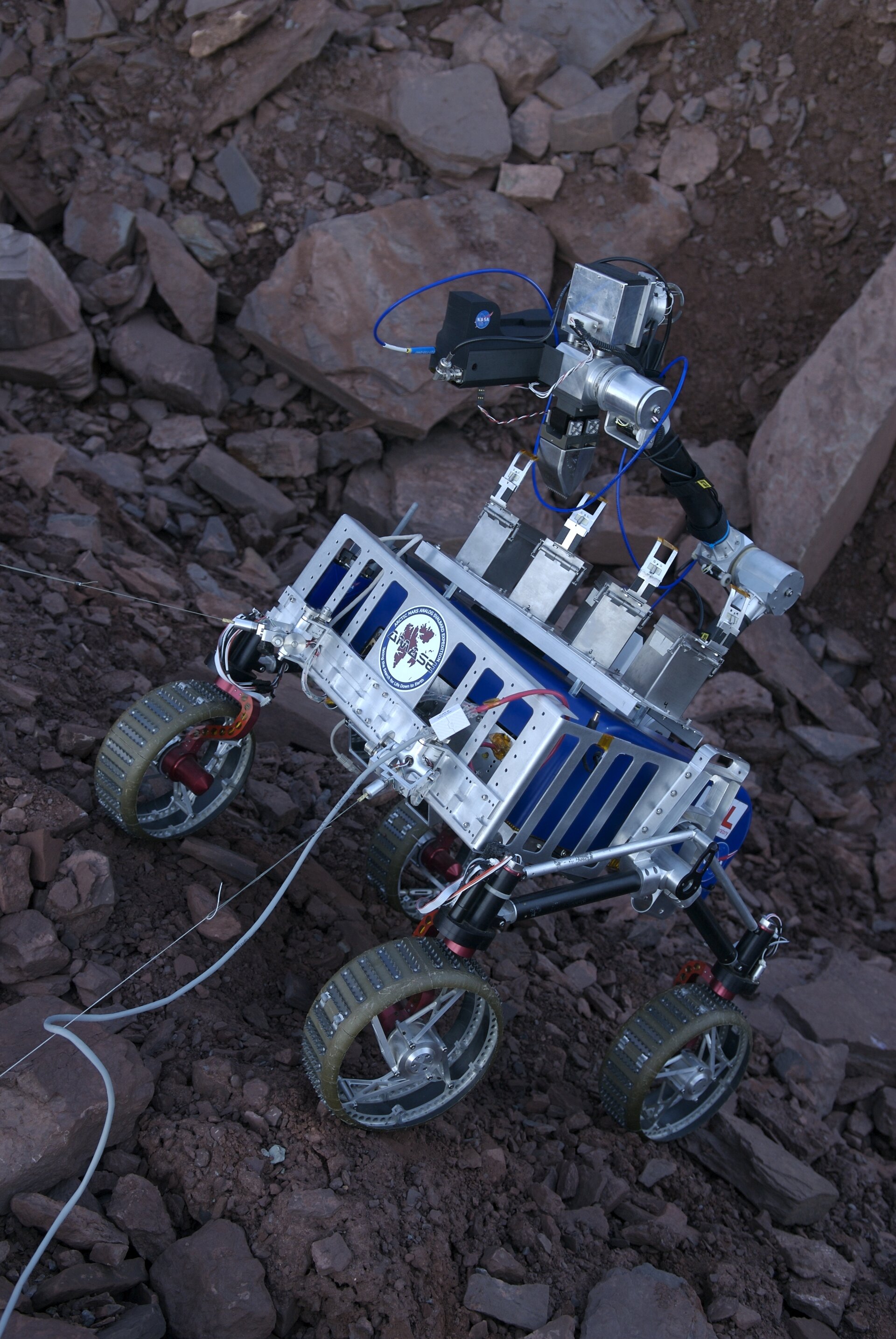 Today I spent most of the day in the field. This morning we went to Jotun Springs where I picked up my magnets. I was really excited to get up there and see if it had worked, even though I knew that with the rain, even if there was magnetic dust in the area, it wouldn't be in the air, and therefore not on the magnets either.

Unfortunately I was right, so even though I gave them four days, there was nothing to see anywhere on the magnets except where the magnet surfaces seemed to have corroded slightly due to the weathering.

After picking up my magnets we returned to the ship for lunch, and after lunch we went up again, to the site from the field test with the human rover the other day. The hike to the site was quite steep and good exercise - it was little more than halfway up the volcano, but I made it, without falling behind, and I'm very proud of myself.

A few people continued up the volcano to do some sampling in different locations, and the rest of us went back down and stopped for half an hour or so to do some measurement with the portable version (35 kg) of the Spanish Raman equipment, after that we returned to the ship just in time for dinner, so it's been a great day. The Spanish team managed to get some good spectra of olivine, quartz and a few other minerals.

The weather was been quite cold but as the wind has calmed down a bit it feels warmer than yesterday (~4 degrees) even though it's only ~1 degree Celsius. It has been snowing on and off most of the day we've been in the field, but only a little so it hasn't been too bad

So far there are still people on the volcano, but when they return we will 'set sail' towards our next site. Rumour has it that it'll be a tough ride so we've tied down all our stuff - especially the instruments.