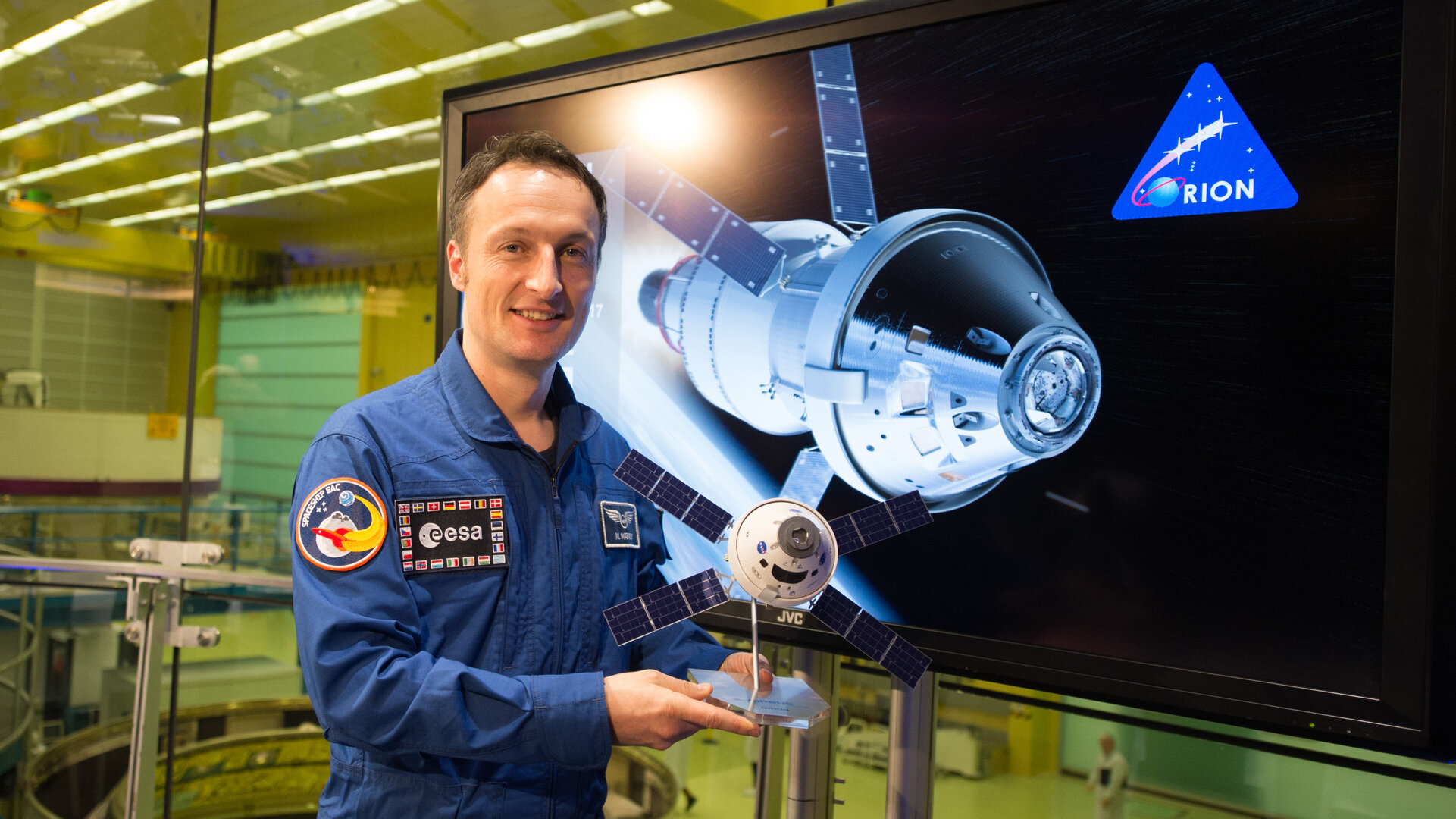 A European Service Module will power NASA’s Orion spacecraft beyond the Moon and back in 2018, and now work has started on a second mission, this time to carry astronauts.

Set for launch as early as 2021, this will be the first mission since 1972 to take humans out of low orbit – and European hardware will provide propulsion, electrical power, water, thermal control and atmosphere for up to four crewmembers.

ESA formalised the contract yesterday with Airbus at the Bremen, Germany, site where the first module is already being assembled.

The module extends ESA’s collaboration with NASA in human spaceflight, continuing from the International Space Station.

Exploration Mission-2 will take astronauts beyond the Moon and back, returning Orion to Earth at speeds never before experienced by humans.

Orion’s first mission will follow a similar path but without a crew, launched in late 2018 on NASA’s new Space Launch System. The month-long flight will prove the spacecraft and rocket before carrying astronauts.

Both European Service Modules are being built by companies from 11 countries led by Airbus Space and Defence, based on proven technology from ESA’s Automated Transfer Vehicle, which flew to the International Space Station five times with supplies.