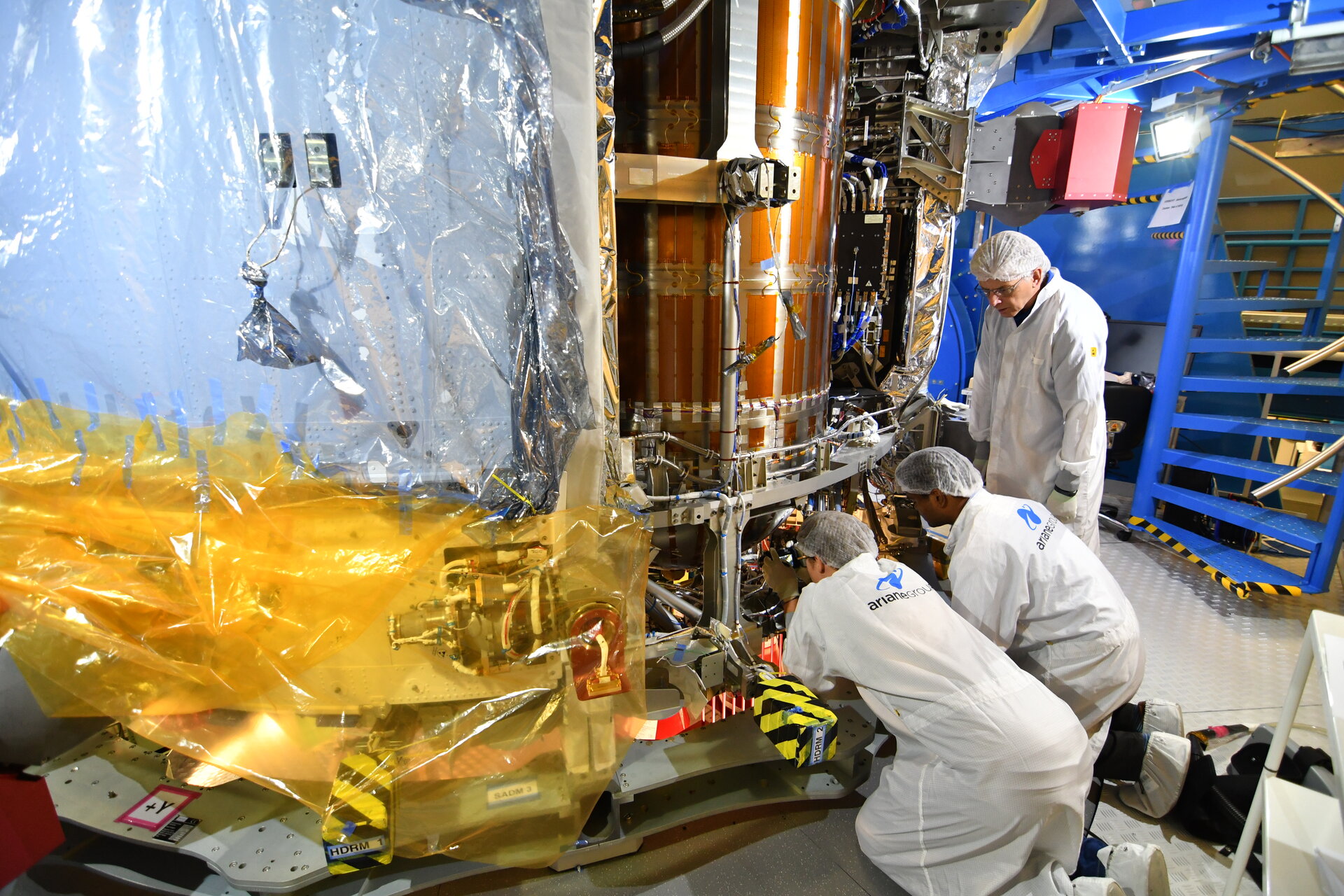 Much like closing the bonnet on a car, with the radiators in place technicians can no longer access the internals of the European service module, symbolically ending the assembly and integration of the module that will fly further into our Solar System than any other human-rated spacecraft has ever flown before.

Technicians worked 24 hours a day in three shifts to complete the service module’s assembly which is now going through the last stages of its extensive testing. Engineers will put the module through its paces with functional tests that include checking the newly installed radiators and testing the propulsion system with its intricate pipelines that deliver fuel and oxidiser to the spacecraft’s 33 engines.

Once complete the service module will be packed and flown to NASA’s Kennedy Space Center in Florida, USA. Orion’s solar wings will be shipped separately, also from Bremen. In the USA the module will be stacked together with NASA’s Crew Module Adaptor and Crew Module, the first time the complete spacecraft will be on display.

Meanwhile technicians in Bremen are not resting as work on the second European Service Module is already well under way. The structure is complete and over 11 km of cables are being meticulously placed in preparation for the computers and equipment that will keep astronauts alive and well for the second Orion mission called Exploration Mission-2.