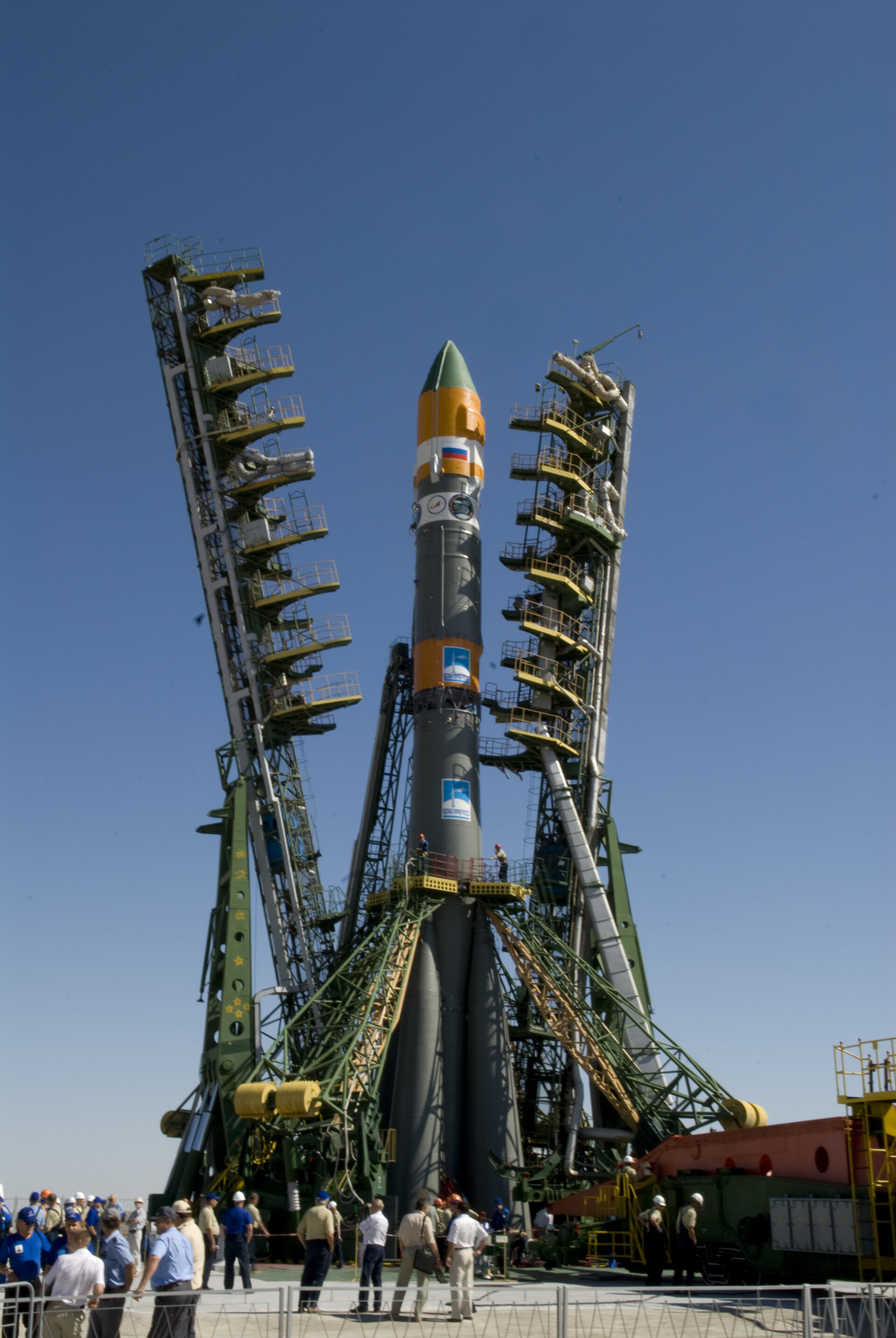 An unmanned Foton capsule, carrying a payload of over 40 European experiments, is on schedule for launch from Baikonur Cosmodrome, in Kazakhstan, at 13:00 CEST (11:00 UT) tomorrow. The Soyuz-U launcher, which will carry the Foton-M3 spacecraft into orbit, was transferred to the launch pad this morning.

12:55 We regret to announce that for technical reasonst the launch streaming is not available.

The Foton-M3 assembly and test work was completed at Baikonur on Tuesday evening. Shortly afterwards, the satellite was moved to the Soyuz integration area. The spacecraft was assembled vertically on the launch adapter and the fairing attached.

The whole assembly was then tilted to the horizontal and attached to the launcher, which was already on the transport train, in the early hours of Wednesday.

Around midday today, the train carrying the Soyuz-U left the integration hall, arriving at the launch pad just an hour later.

"Everything has been prepared to the best effort of everyone involved," says Antonio Verga, ESA’s Foton Project Manager. "There are no showstoppers at this moment. Now we just have to wait for a successful launch and orbital injection."

The spacecraft will spend 12 days orbiting the Earth, exposing the experiments to microgravity and, in the case of a handful of experiments, to the harsh environment of open space.

Towards the end of the mission, the Young Engineers Experiment (YES2) will be deployed from Foton. On 25 September, the small 'Fotino' reentry capsule will be released from the end of a 30 kilometre-long tether to demonstrate the possibility of returning small payloads to Earth at a fraction of the cost of current methods.

One day later, on 26 September, the Foton-M3 capsule will reenter the atmosphere and land in the border zone between Russia and Kazakhstan.

More images available in the story in pictures article