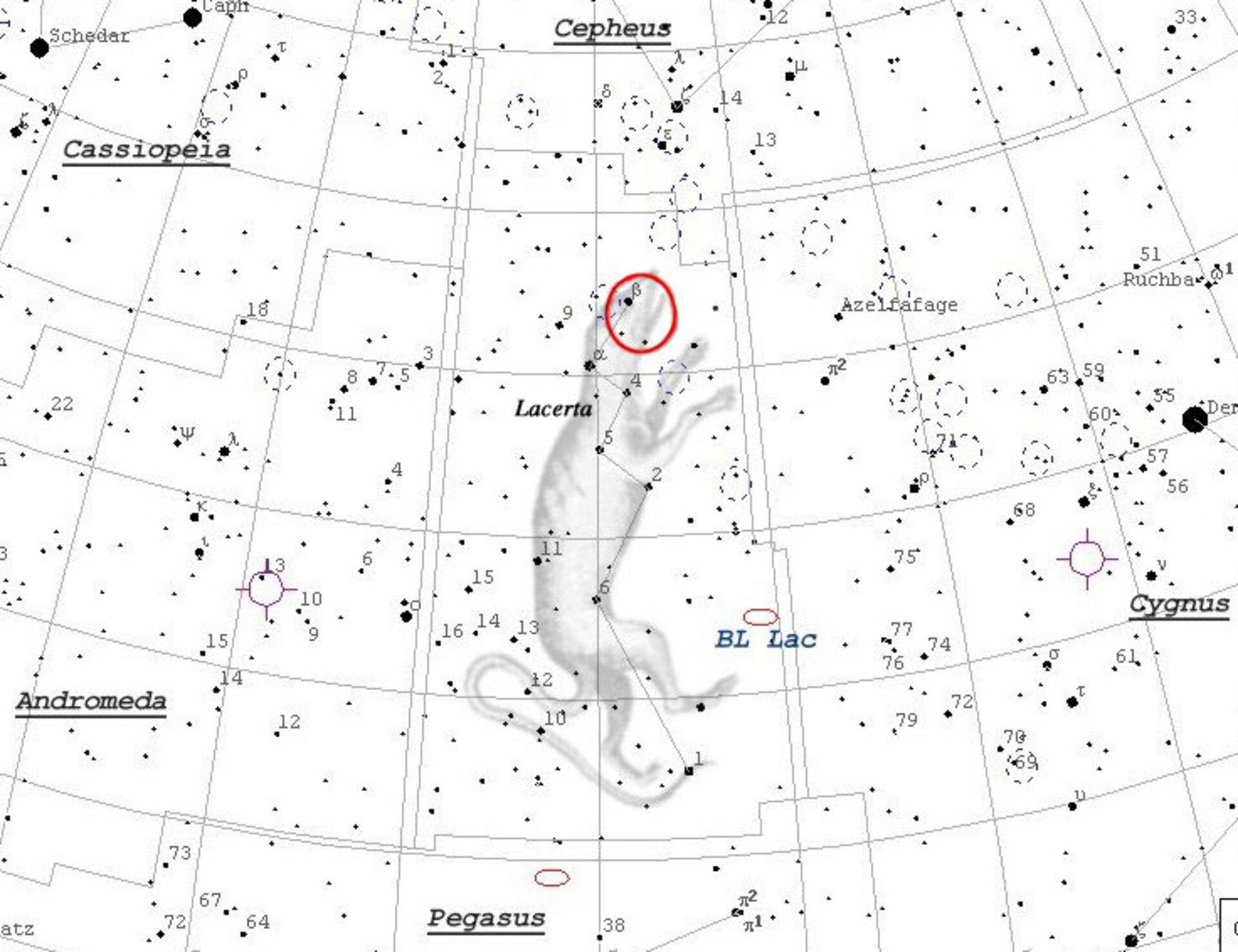 If the sky is clear tonight, look up high and try to find Lacerta (the constellation of the Lizard), between Cygnus and Cassiopeia. How many stars can we see, and could any of them be hiding habitable planets?

Astronomers working on ESA's planet-finder mission Eddington aim to find out and have chosen to search this area of the sky for rocky planets of similar size to our own. So far, over a hundred planets are now known to orbit other stars. However, they are all giant planets, like Jupiter in our Solar System. To find the smaller, rocky planets like Earth, we need specially designed tools. ESA’s Eddington mission is this kind of tool.

Eddington will search for these planets in a tiny region of Lacerta. This constellation in the northern sky contains no bright stars and has no claim to fame. Although picking it out with the naked eye is tricky for us, it is just visible to amateur sky watchers, but it is perfect for Eddington because bright stars would 'blind' its sensitive telescopes.

Visible to the naked eye

Luckily for sky watchers, Lacerta sits between two prominent constellations: Cygnus (The Swan) and Cassiopeia. Cygnus is high overhead and dominates the summer sky with its 'cross' shape, representing the swan's outstretched wings, tail and long neck. Cassiopeia is easy to spot because its brightest stars trace out a 'W' across the sky.

To find the location that Eddington will search for its crop of planets, imagine a line joining the brightest star of Cygnus to that of Cassiopeia. Lacerta is about halfway along that line. The Eddington search field covers an area of the sky ten times wider than the full Moon.

Eddington will find rocky planets by looking for the drop in light caused every time a planet crosses in front of its parent star. Astronomers call such a celestial alignment a 'transit'. They anticipate that not all stars will have Earth-sized planets and, of those that do, not all will be oriented in space to produce transits. Eddington must therefore view a huge quantity of stars to increase its chances of finding large numbers of planets.

In Lacerta, Eddington will be able to see 20 000 Sun-like stars. Very few other regions in the sky present so many stars for study, another reason for the choice of this field of view. No one knows which stars have rocky planets, so no one knows when a planet may pass in front of its central star.

For a planet in an Earth-sized orbit, it will only be in front of its star for a few hours, once every year. Blink and you miss it. Eddington will therefore stare at this region of space constantly for three years, to make sure it catches every transit as it happens. Astronomers have identified a few back-up regions of the sky, such as one in the Southern Cross. ESA will study these in detail in the future, as alternative targets.

What will happen after Eddington's expected harvest of the first Earth-like planets around other stars? In the period 2010-2012, ESA will launch its star-mapper mission, Gaia, to provide the most accurate distances to these stars ever obtained, allowing astronomers to analyse their nature even more fully.