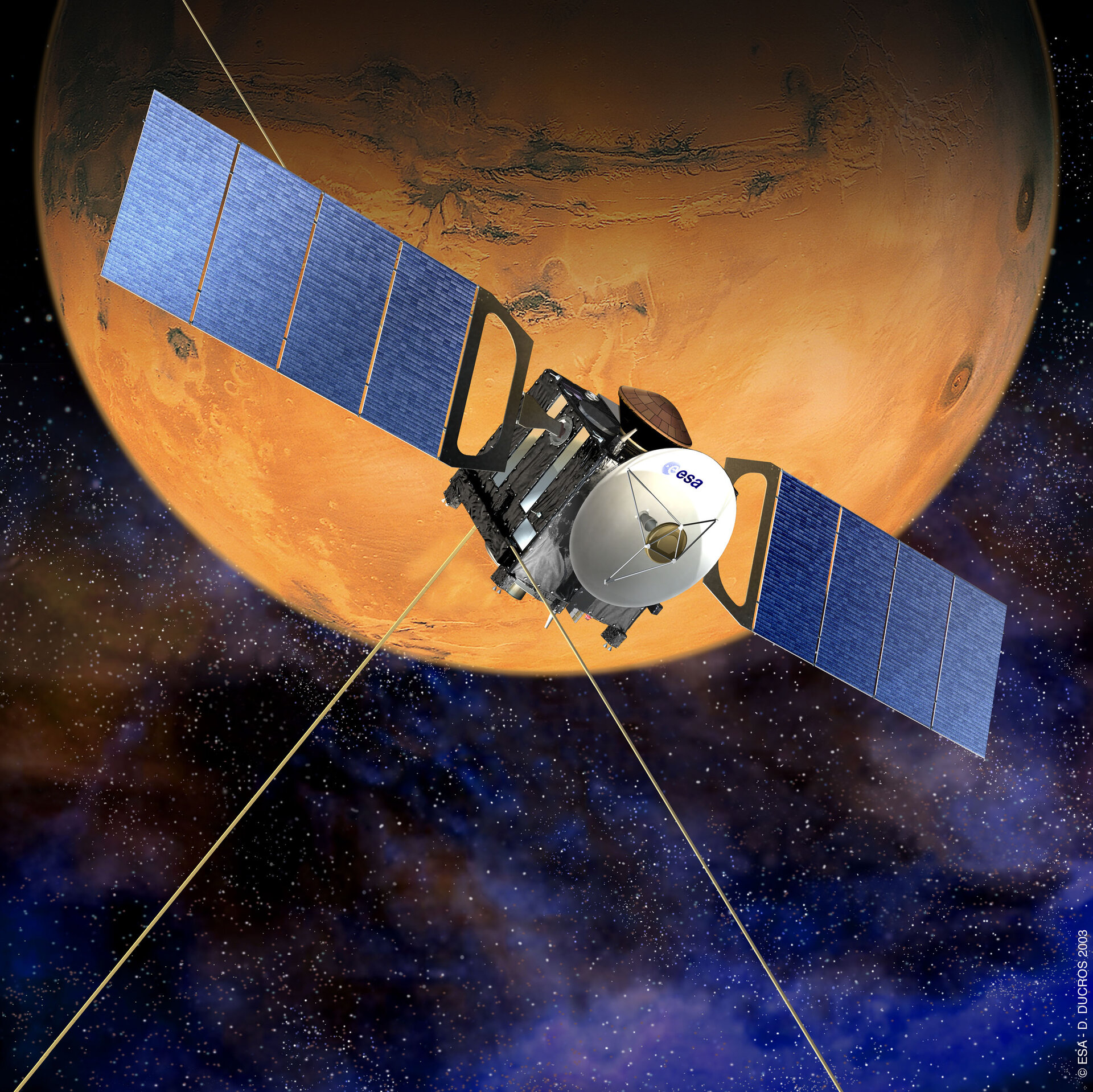 Scientists using ESA’s Mars Express have produced the first crude map of aurorae on Mars. These displays of ultraviolet light appear to be located close to the residual magnetic fields generated by Mars’s crustal rocks. They highlight a number of mysteries about the way Mars interacts with electrically charged particles originating from the Sun.

The aurorae on Mars were discovered in 2004 using the SPICAM ultraviolet and infrared atmospheric spectrometer on board Mars Express. They are a powerful tool with which scientists can investigate the composition and structure of the Red Planet’s atmosphere.

Any future astronauts expecting a spectacular light show, similar to aurorae on Earth, may be in for a disappointment.

They have observed nine new auroral emission events, which have allowed them to make the first crude map of auroral activity on Mars. They see that the aurorae seem to be located near regions where the martian magnetic field is the strongest. MARSIS had previously observed higher-than-expected electrons in similar regions. This suggests, although it does not prove, that the magnetic fields help to create the aurorae.

On Earth, aurorae are more commonly known as the northern and southern lights. They are confined to the polar regions and shine brightly at visible as well as ultraviolet wavelengths. The existence of similar aurorae is well known on the giant planets of the Solar System. They occur wherever a planet’s magnetic field channels electrically charged particles into the atmosphere.

In all of these planets, the magnetic fields are large-scale structures generated deep in the interior of the planet. Mars lacks such a large-scale internal mechanism. Instead, it just generates small pockets of magnetism where areas of rocks in the crust of Mars are themselves magnetic. This results in many magnetic pole-type regions all over Mars.

The aurorae are caused by charged particles, in this case most probably electrons, colliding with molecules in the atmosphere. The electrons almost certainly come from the Sun, which constantly blows out electrically charged particles into space. Known as the solar wind, this constant stream of particles provides the source of electrons to generate the aurorae, as suggested by MARSIS and ASPERA.

But how the electrons are accelerated to sufficiently high energies to spark aurorae on Mars remains a mystery. “It may be that magnetic fields on Mars connect with the solar wind, providing a road for the electrons to travel along,” says Leblanc.

Any future astronauts expecting a spectacular light show, similar to aurorae on Earth, may be in for a disappointment. “We’re not sure whether the aurorae will be bright enough to be observed at visible wavelengths,” says Leblanc.

How the electrons are accelerated to sufficiently high energies to spark aurorae on Mars remains a mystery.

This is because the molecules responsible for the visible light show on Earth – molecular and atomic oxygen and molecular nitrogen – are not abundant enough in the martian atmosphere. SPICAM is designed to work at ultraviolet wavelengths and cannot see whether visible light is being emitted as well.

Nevertheless, there is plenty of work for the scientists to do. “There's now a large domain of physics that we have to explore in order to understand the aurorae on Mars. Thanks to Mars Express we have a lot of very good measurements to work with,” says Leblanc.

‘Observations of aurorae by SPICAM ultraviolet spectrograph on board Mars Express: Simultaneous ASPERA-3 and MARSIS measurements’ by F. Leblanc et al. was published on 22 August 2008 in the Journal of Geophysical Research.