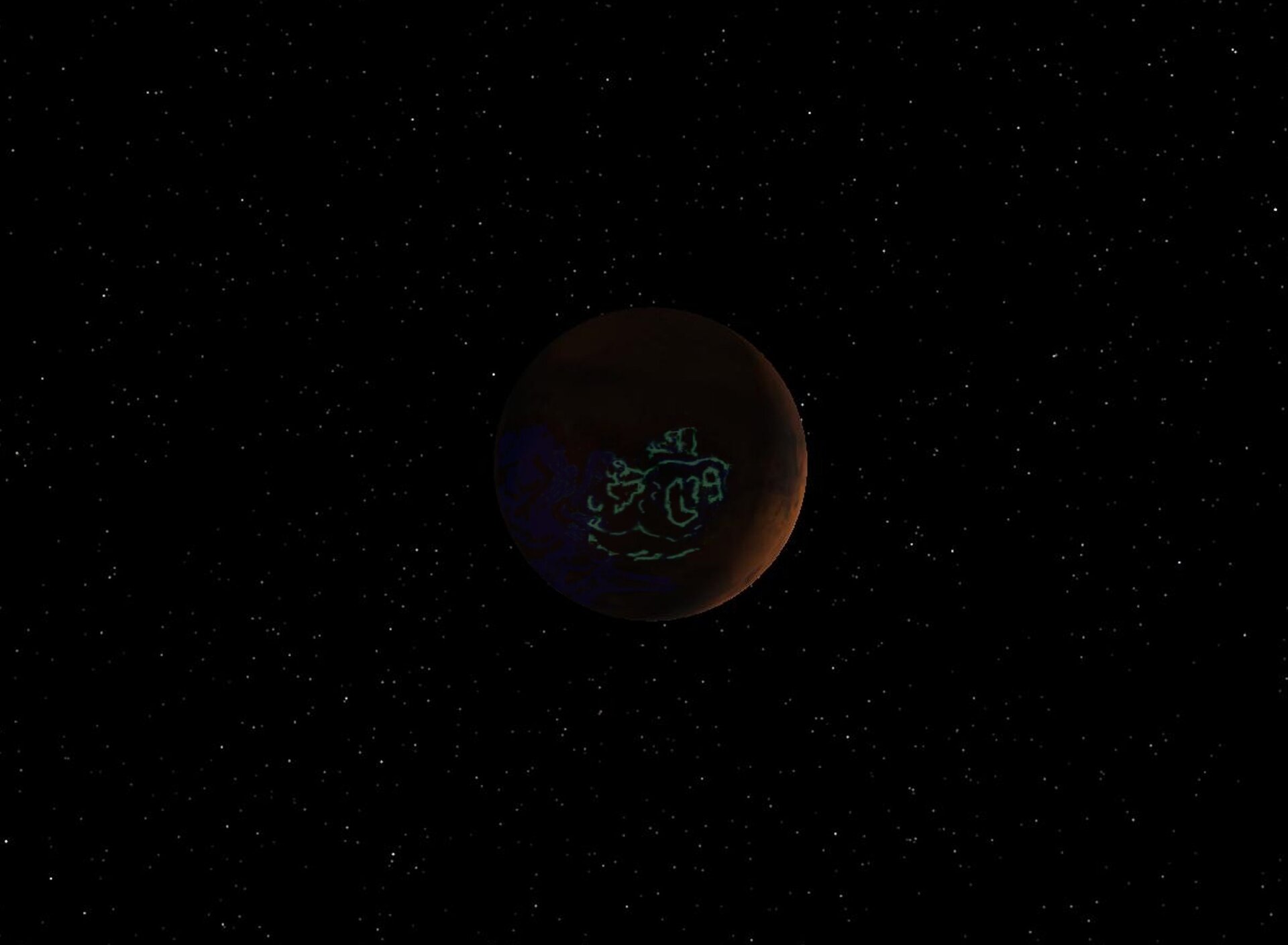 ESA’s Mars Express spacecraft has seen more evidence that aurorae occur over the night side of Mars, especially over areas of the surface where variations in the magnetic properties of the crust have been detected.

Observations from the ASPERA instrument on board ESA’s Mars Express spacecraft show structures (inverted-V features) of accelerated electrons and ions above the night side of Mars that are almost identical to those that occur above aurorae on Earth.

Aurorae are spectacular displays often seen at the highest latitudes on Earth. On our planet, as well as on the giant planets Jupiter, Saturn, Uranus and Neptune, they occur at the foot of the planetary magnetic field lines near the poles, and are produced by charged particles – electrons, protons or ions – precipitating along these lines.

"When they are decelerated, energy is released that causes emissions of light - aurorae. During strong aurorae the precipitating particles are accelerated and gain energy, leading to more intense light," said Lundin.

The scientists have found that the energy flux of the precipitating particles is large enough that it would lead to aurorae comparable to those of weak or medium intensity at Earth.

"Mars lacks a strong intrinsic magnetic or dipole field, and therefore we have not had reason to believe that aurorae occur there," said Lundin.

A few years ago it was suggested that auroral phenomena could exist on Mars too. This hypothesis was reinforced by the Mars Global Surveyor discovery of ‘crustal magnetic anomalies’, most likely the remnants of an old planetary magnetic field.

This discovery started speculation that auroras could also occur at Mars. In 2004, the SPICAM instrument on board Mars Express observed emissions of light during a magnetic anomalies investigation - emissions that could be due to precipitating energetic particles.

The ASPERA scientists have now found that the structures of accelerated particles are indeed associated with the ‘crustal magnetic anomalies’ at Mars, but that strong acceleration mainly occurs in a region close to local midnight.

The precise emissions of light that occur remain to be studied since the composition of the upper atmosphere on the night side is not well known. On the basis of atmospheric models, the scientists speculate that the classical ‘green’ emission line of oxygen might be present.

"But, as we see Mars as always sunlit, the aurorae on the night side of Mars cannot be observed from Earth," added Lundin.

This result appears in the 17 February issue of the journal Science.