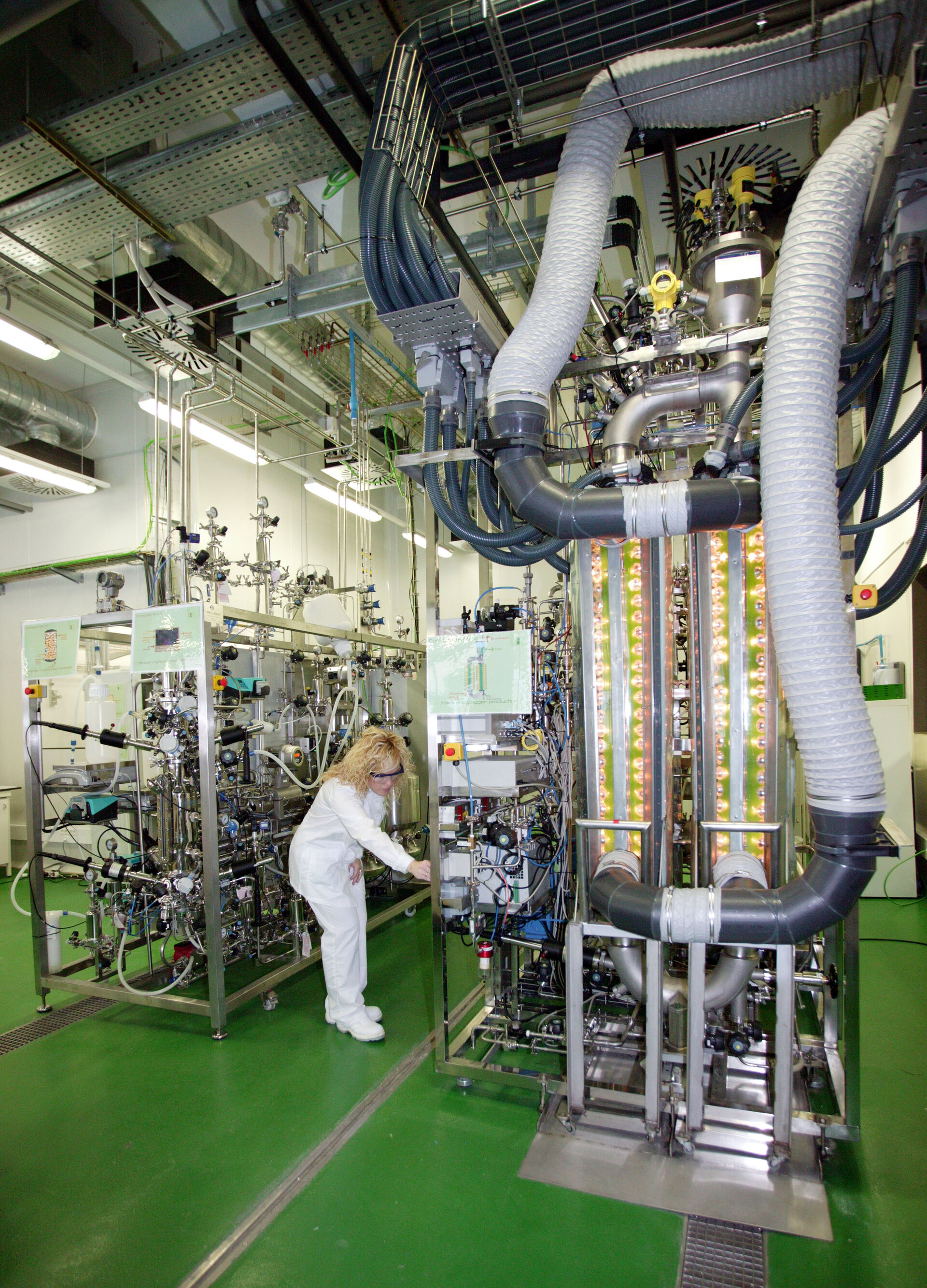 Yesterday the MELiSSA pilot plant at the University of Barcelona celebrated 10 years spent demonstrating the ideal technologies to recycle waste from space missions into air, water and food.

As astronauts explore farther into our Solar System, there will be a need to reduce the reliance on supplies brought from Earth. ESA is working with partners to create a contained system that will eventually and continuously convert carbon dioxide, urine and organic matter into fresh air, water and food – almost indefinitely. This system is known as MELiSSA.

Short for Micro-Ecological Life Support System Alternative, MELiSSA is divided into a number of different modules. Each module tackles one aspect of converting unwanted molecules into those humans need to survive.

On Earth, for example, trees, algae and plants all convert carbon dioxide from our exhaled breath into the oxygen we need to breathe. Melissa takes inspiration from these kinds of natural processes, but also investigates chemical processes, mechanical filters and bio-reactors full of bacteria or microalgae to develop systems needed to deliver a full meal, fresh drinking water and clean air in space.

At the pilot plant in Barcelona, Spain, modules are built and tested to validate each step of the self-contained loop. Once one element works as needed it can be combined into the next step, passing molecules through tubes to the next station as a liquid, a solid, or gas.

“We have been working on this for 30 years now and every year we get a bit closer,” says Christophe Lasseur, ESA’s head of the Melissa project. “Over the years we have demonstrated a robust and efficient way of transforming carbon dioxide from our crew compartment into oxygen and edible biomass. Recently, we also made substantial progress on transforming nitrogen waste into nutrients for plants and algae.

“Essentially, we are trying to duplicate the main functions of Earth’s ecosystem, without the huge atmosphere, ocean and soil buffers.”

The pilot plant covers just over 200 square metres of floor space – around the same as two city apartments.

To prove the system works, great care is taken to keep the crew habitat as airtight as the International Space Station. To avoid contamination, it is also built and run to the highest isolation standards in existence.

Christophe says the next step is to incorporate larger plants, work on food production and utilise carbon dioxide from organic waste. Meanwhile, the MELiSSA project team has already demonstrated elements of the system in space.

In December 2017, the ArtemISS photobioreactor on board the International Space Station proved a microalgae bioreactor can produce oxygen from carbon dioxide, and be highly resistant to radiation. The Nitrimel experiment, on a Russian satellite, also demonstrated that bacteria exposed to radiation from spaceflight still performs as well back on Earth, proving its viability.