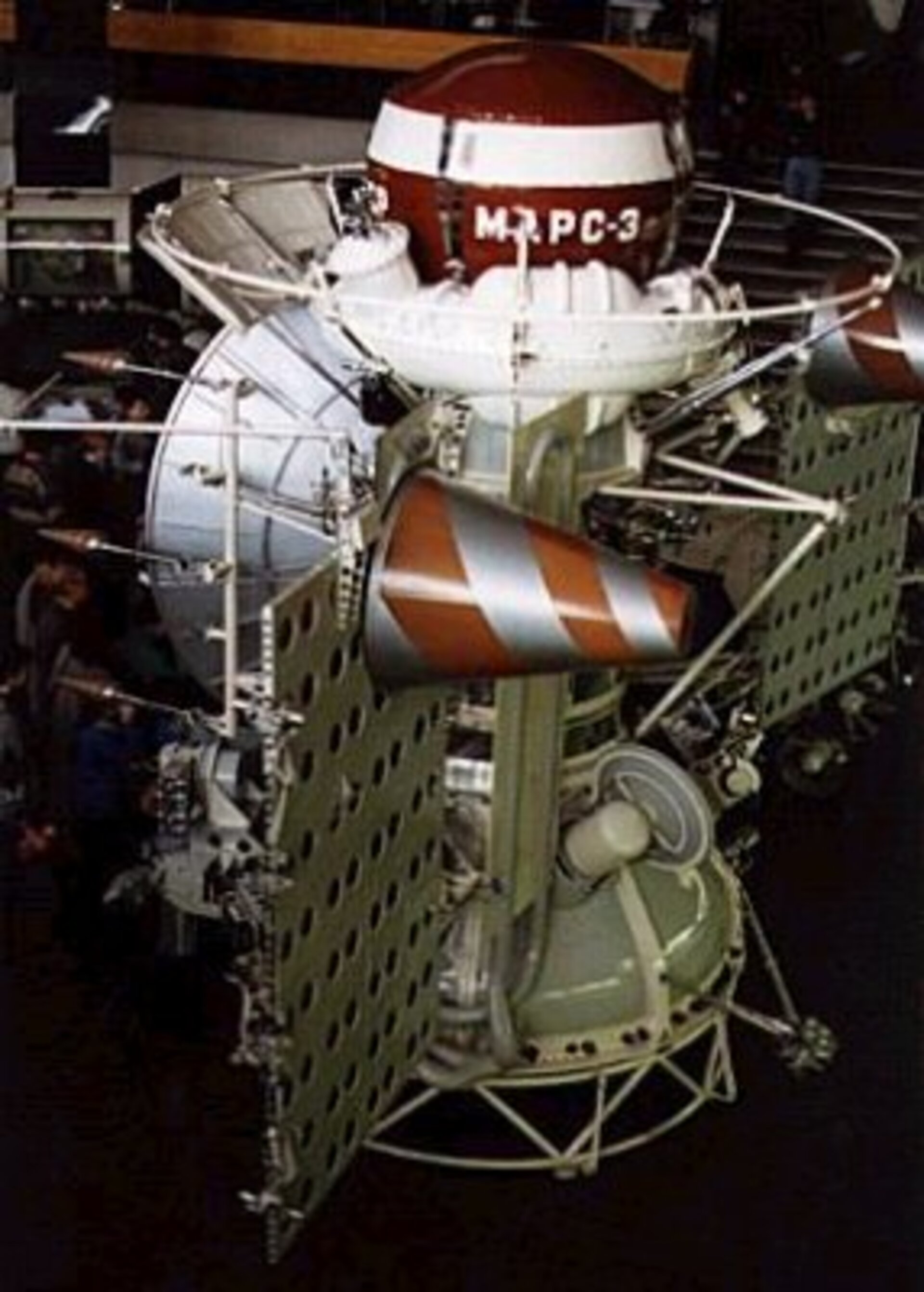 Both spacecraft were fitted with robotic rovers - a fact about the missions that was not revealed for 20 years until after the Soviet Union broke up. Mars 2 crash-landed on the planet and Mars 3 ceased transmissions 20 seconds after landing. The two orbiters worked, returning useful data to Earth, until August 1972 when the Soviets declared the missions completed.

The small rovers were attached to the main landers by tethers and their range was to be 15 metres from the lander. Each rover carried two scientific instruments: a dynamic penetrometer and a densitometer. They were to measure the bearing strength and density of the soil. The landers had the misfortune to arrive during one of the greatest Martian dust storms in recorded history. A prevalent explanation for the sudden loss of contact with Mars 3 is that the lander was blown over by the fierce Martian wind.

Mars 2, although it crashed, holds the distinction of being the first human-made object to reach the surface of Mars.