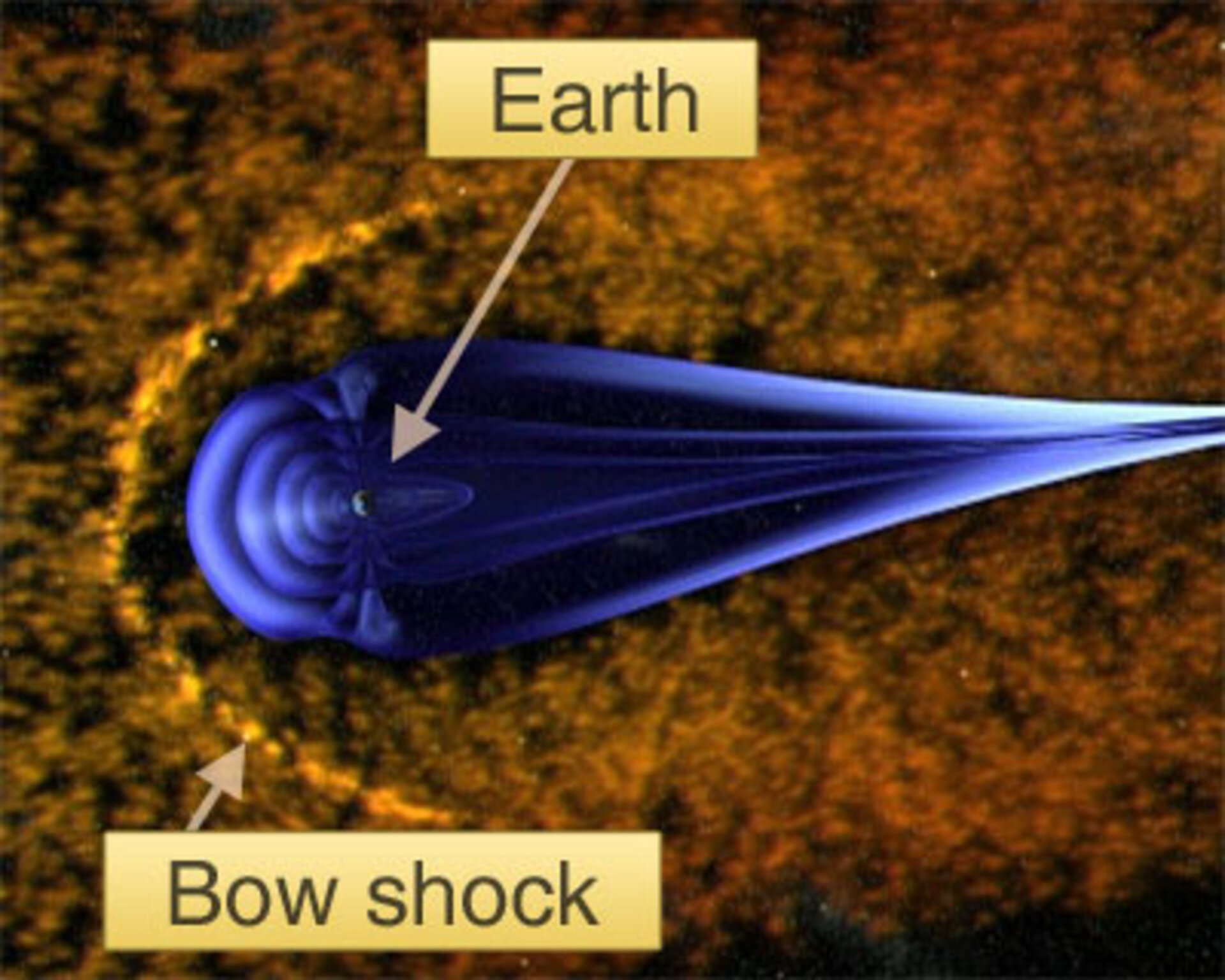 Space is fizzing. Above our heads, where the Earth’s magnetic field meets the constant stream of gas from the Sun, thousands of bubbles of superheated gas are constantly growing and popping.

Their discovery could allow scientists to finally understand the interaction between the solar wind and the Earth’s magnetic field.

This exciting new view of near-Earth space has been made possible by ESA’s four-spacecraft flotilla, Cluster, and Double Star, ESA’s collaborative space mission with China. The spacecraft encounter the bubbles every time they are on the day-lit side of the Earth, at altitudes of between 13 and 19 Earth radii.

The bubbles, known as density holes, are regions of space where the density of gas suddenly falls by ten times but the temperature of the remaining gas leaps from 100 000 ºC to 10 000 000 ºC.

When Cluster first flew through the bubbles, George Parks, University of California, Berkeley, thought that they were just instrumentation glitches. "Then I looked at the data from all four Cluster spacecraft. These anomalies were being observed simultaneously by all the spacecraft. That’s when I believed that they were real," says Parks.

Somewhat similar bubbles have occasionally been encountered in the past by other spacecraft. They were called hot flow anomalies but Parks decided the bubbles he saw are significantly different.

He found their signature in Double Star data too. During every orbit, the spacecraft usually fly through 20–40 bubbles. By carefully correlating the different spacecraft readings, Parks and his collaborators learnt that the bubbles expand to about 1 000 kilometres and probably last about 10 seconds before bursting and being replaced by the cooler, denser solar wind.

The energy source to drive these bubbles is currently uncertain but there is strong circumstantial evidence that the collision of the solar wind with the Earth’s magnetic field, which forms a boundary known as the bow shock, is probably creating the energy to drive them.

Bow shocks exist throughout nature. The familiar place is at the front of a ship; the bow shock is the swell of white water that builds up and precedes the boat. Another is in supersonic air travel. As an aircraft flies faster than the speed of sound, the sound waves pile up in front of the plane. That energy is finally dissipated in the sonic boom that occurs.

The bow shock between the Earth’s magnetic field and the solar wind is similar in many respects. The big difference is that scientists do not know how the energy in the magnetic bow shock is dissipated. This is to say they do not know what the equivalent of the sonic boom is. The newly discovered bubbles might provide a clue.

It is possible that they are caused by the energy that piles up at the bow shock – however, being certain is a long way off yet.

"For now, our job is to study them as thoroughly as possible. Then we will try to simulate them on computers and finally we will know what effect they have," concludes Parks.

The findings appear in the article "Larmor radius size density holes discovered in the solar wind upstream of Earth’s bow shock", by George Parks et al., published in the Physics of Plasmas journal (13, 050701; 2006).