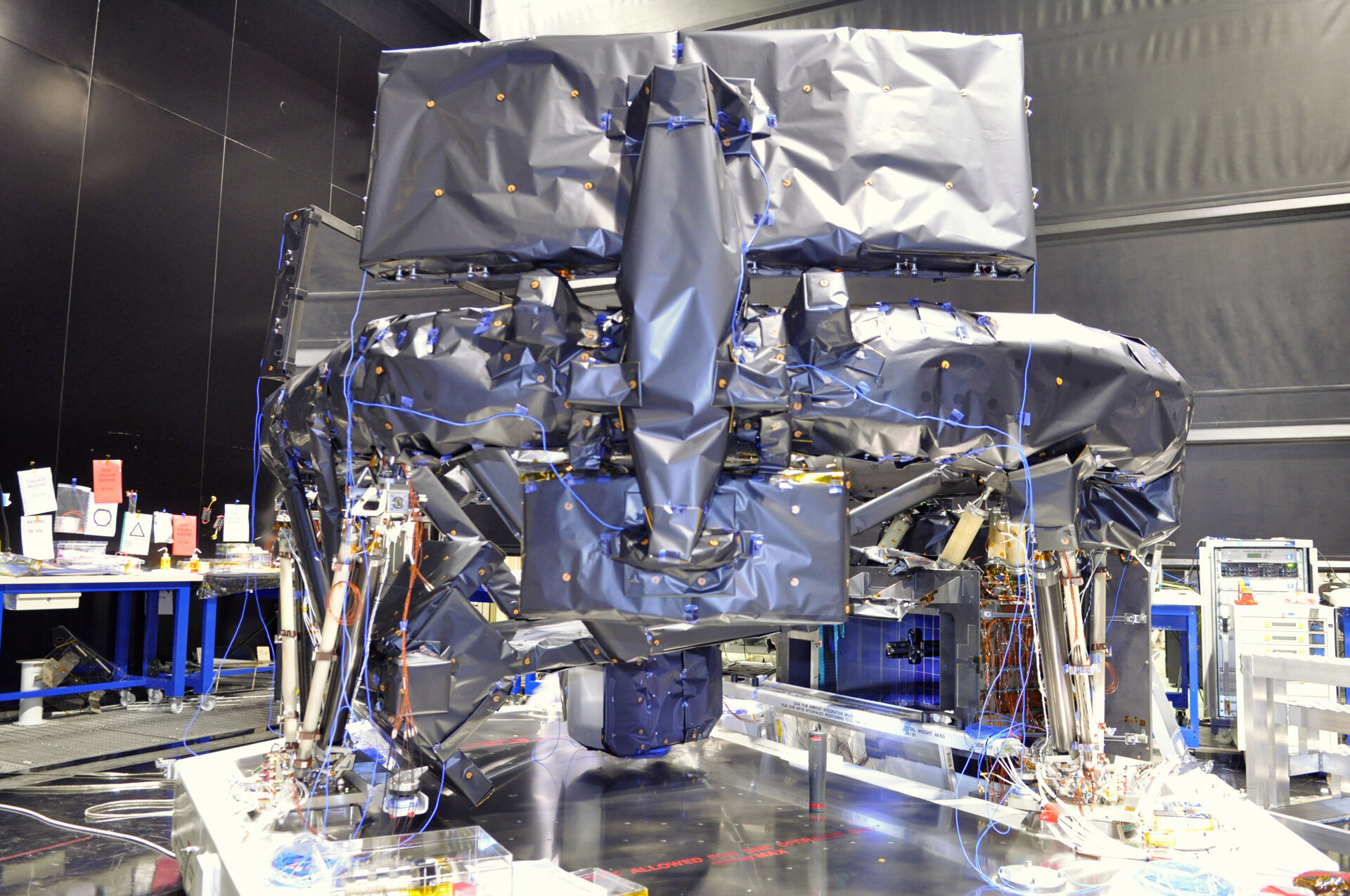 The payload module of ESA’s billion-star surveyor Gaia is integrated and ready for the next stage of rigorous testing it must undergo before launch next year.

Once in space, Gaia will make precise measurements of the positions and motions of a billion stars. The information will be used to create a 3D map of stars in our home Galaxy, the Milky Way, revealing information about its composition, formation and evolution.

This latest image shows the payload module in the Astrium cleanroom in Toulouse, France.

The module is covered in grey and silver multilayer insulation fabric that protects the spacecraft’s optics and mirrors from the cold environment of space.

Nearest to the camera, the rear of one of Gaia’s main telescope mirrors and one of the tertiary mirrors are visible. The second main mirror is just visible towards the back left of the image.

The blue panel seen below and to the right of the image is the Focal Plane Assembly with its charge-coupled device sensors.

This focal plane array will carry the largest digital camera ever built, with nearly a billion pixels.

The integration process included the Radial Velocity Spectrometer (seen below the smaller mirror), which will help to measure the motions of stars, and the Basic Angle Monitor, which will ensure that the separation angle between the two telescopes is monitored in order to make precise distance measurements of stars. All of the optical components were also carefully aligned.

The payload module will be mated to the service module, which houses units that provide resources such as thermal control, propulsion, communication, and attitude and orbit control, at the beginning of next year.

Gaia will be launched from Europe’s Spaceport in French Guiana at the end of 2013.