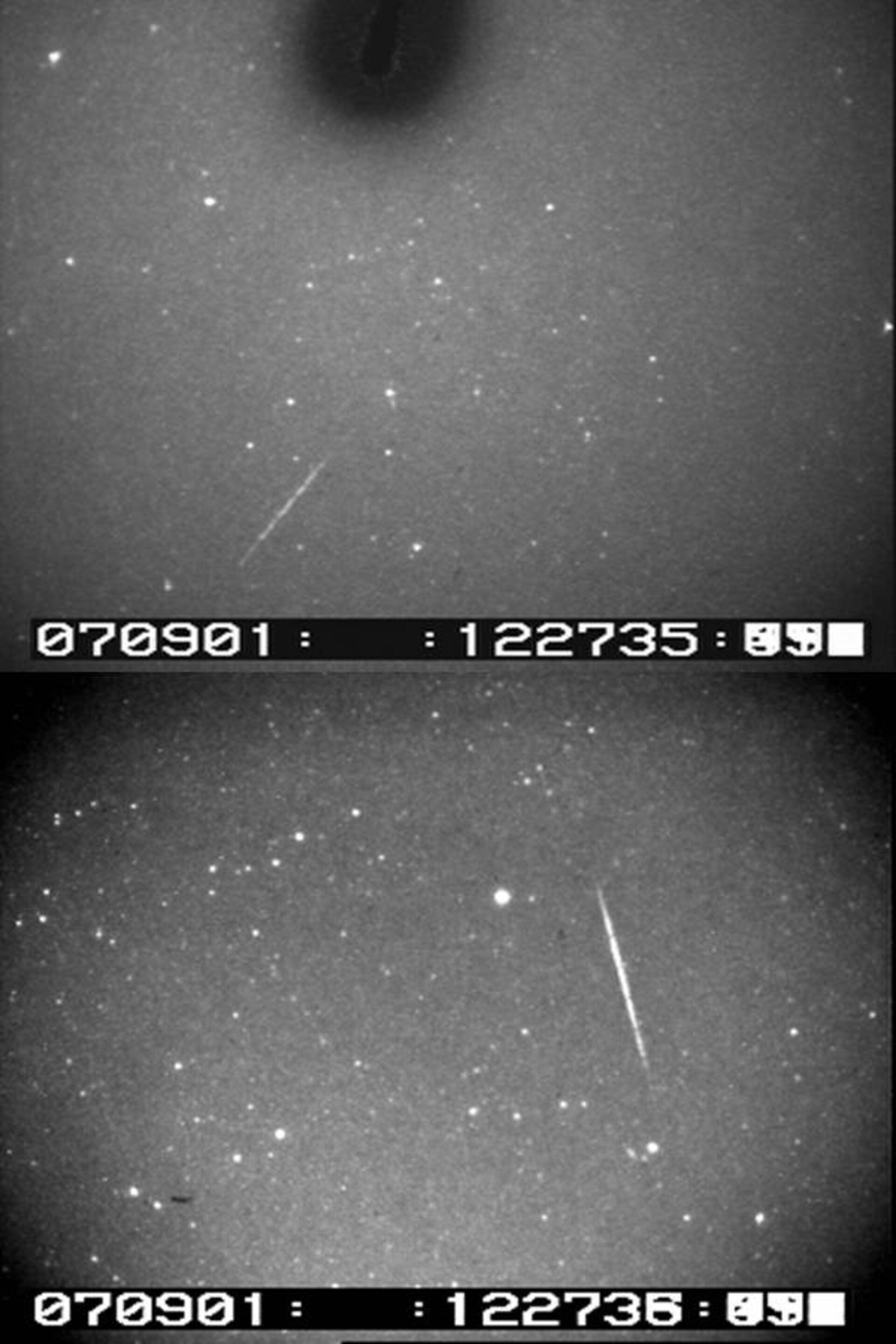 The Aurigid meteor shower peaked on 1 September, showering Earth with shooting stars. This once-in-a-lifetime event was witnessed by members of ESA’s Meteor Research Group in a coordinated observation campaign in Hawaii.

The Aurigids originate from C/1911 N1 Kiess, or comet Kiess, a long-period comet that takes about 2000 years to orbit the Sun. It was discovered in 1935 by Carl Kiess.

As Earth passes through the dust comet Kiess left behind 2000 years ago, meteoroids, or shooting stars, rain upon Earth. They burn up in the atmosphere at very high velocities, about 67 km/s, creating the meteor shower.

The Aurigids get their name from the constellation Auriga, because if you look up in the sky, this is where the shooting stars seem to come from. The dust trail of comet Kiess will not be crossed again in this manner for 70 years.

Long period comets (with periods of revolution around the Sun greater than 200 years) are believed to originate in the Oort cloud. The Oort cloud is a spherical cloud of small bodies, or comets, situated from 50 to from the Sun (1 AU, or Astronomical Unit, is equal to the distance between Earth and the Sun, or approximately 150 million km). It is thought to be a remnant of the original protoplanetary disc that formed around the Sun, about 4.6 thousand million years ago.

A meteor shower is an annual event that is relatively reliable and easily predicted, whereas an outburst is a rare, active shower that occurs when Earth passes through a particularly dense meteoroid trail. The Aurigid meteor shower has an annual maximum of 7-9 meteors per hour, from late August to early September. This year the rate of Aurigids was predicted to be as many as 400 meteors per hour. The outburst peaked on 1 September at 11:15 UT. It was not visible from Europe, but the western coast of the USA, Alaska and Hawaii were prime observing locations.

The teams performed observations from locations on two Hawaiian Islands along with researchers from Kobe and Akita Universities, Japan.

Triangulation methods were used to determine the trajectory of the meteors before entering, and in the atmosphere. Visual and spectroscopic observations were also performed. The data will be used to test models of the physical and chemical composition of this long period comet.

Meteoroids from short period comets often lose their volatile elements due to their proximity to the Sun. Spectroscopic observations of the Aurigids on the other hand betray the original makeup of the crust of Comet Keiss.

The observations will also allow researchers to test the theory that Aurigid meteoroids are unusually cohesive, perhaps originating from the comet's primordial crust shed during its first approach to the Sun, about 2000 years ago.

ESA also participated in an airborne observation campaign, called the Aurigids Multi-instrument Aircraft Campaign (Aurigids MAC) during the night of the maximum of the Aurigids. It was organised by the NASA Ames Research Center and SETI institute, involving an international group of 24 scientists. ESA provided a camera for the observations.

Although the peak failed to appear over the Hawaiian Islands, an hourly rate of 40 meteors per hour was recorded by the airborne campaign, while radio observations in North America and Scandinavia obtained counts numbering hundreds.