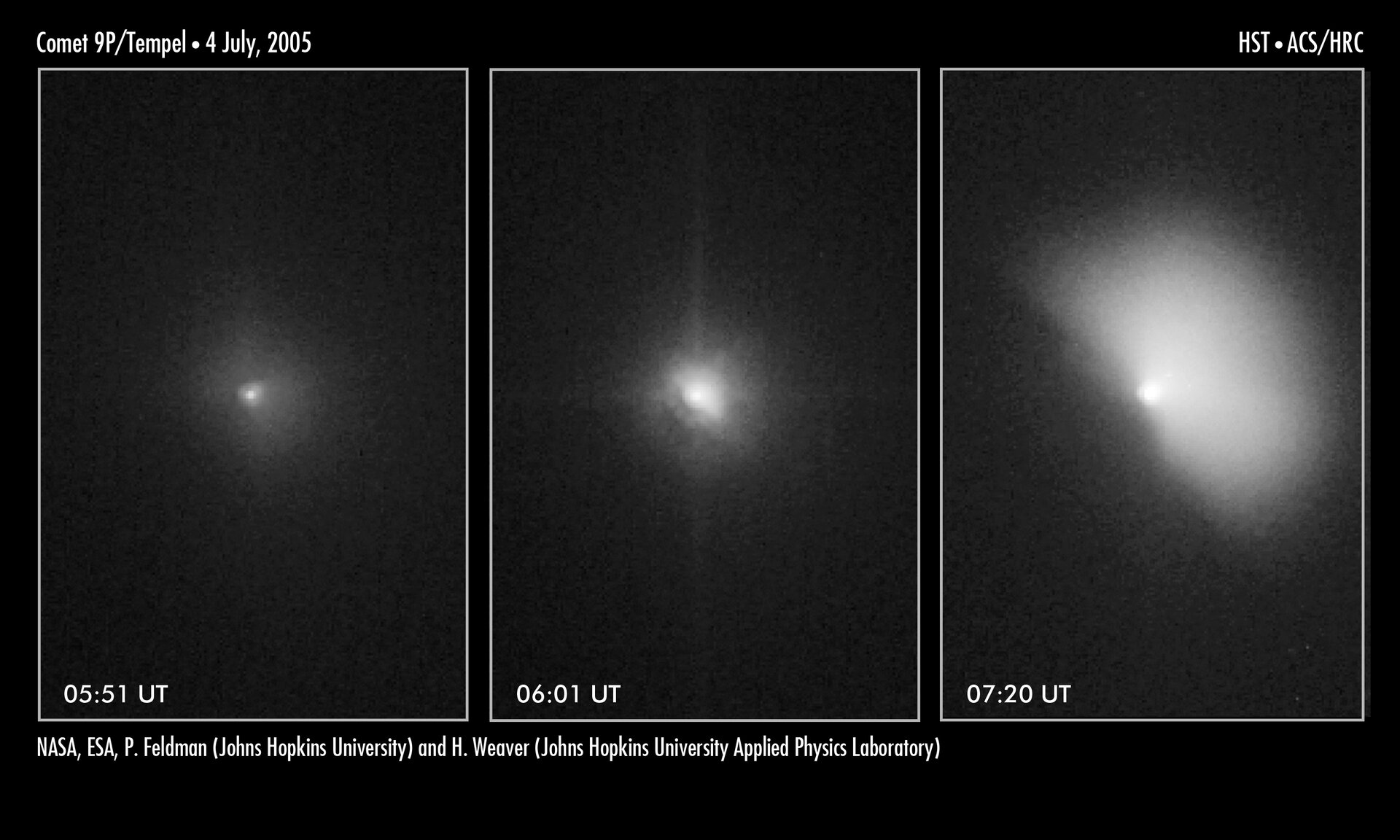 The NASA/ESA Hubble Space Telescope captured the dramatic effects of the collision early on 4 July between the Deep Impact impactor spacecraft and Comet 9P/Tempel 1.

In the middle image, captured 15 minutes after the collision, Tempel 1 appears four times brighter than in the pre-impact photograph.

Astronomers noticed that the inner cloud of dust and gas surrounding the comet's nucleus increased by about 200 kilometres in size.

The impact caused a brilliant flash of light and a constant increase in the brightness of the inner cloud of dust and gas.

Hubble continued to monitor the comet, snapping another image (at right) 62 minutes after the encounter. In this photograph, the gas and dust ejected during the impact are expanding outward in the shape of a fan.

The potato-shaped comet is 14 kilometres wide and 4 kilometres long. Tempel 1's nucleus is too small even for the Hubble telescope to resolve.

The visible-light images were taken by the high-resolution camera on Advanced Camera for Surveys instrument. The Hubble Space Telescope is a project of international co-operation between ESA and NASA.