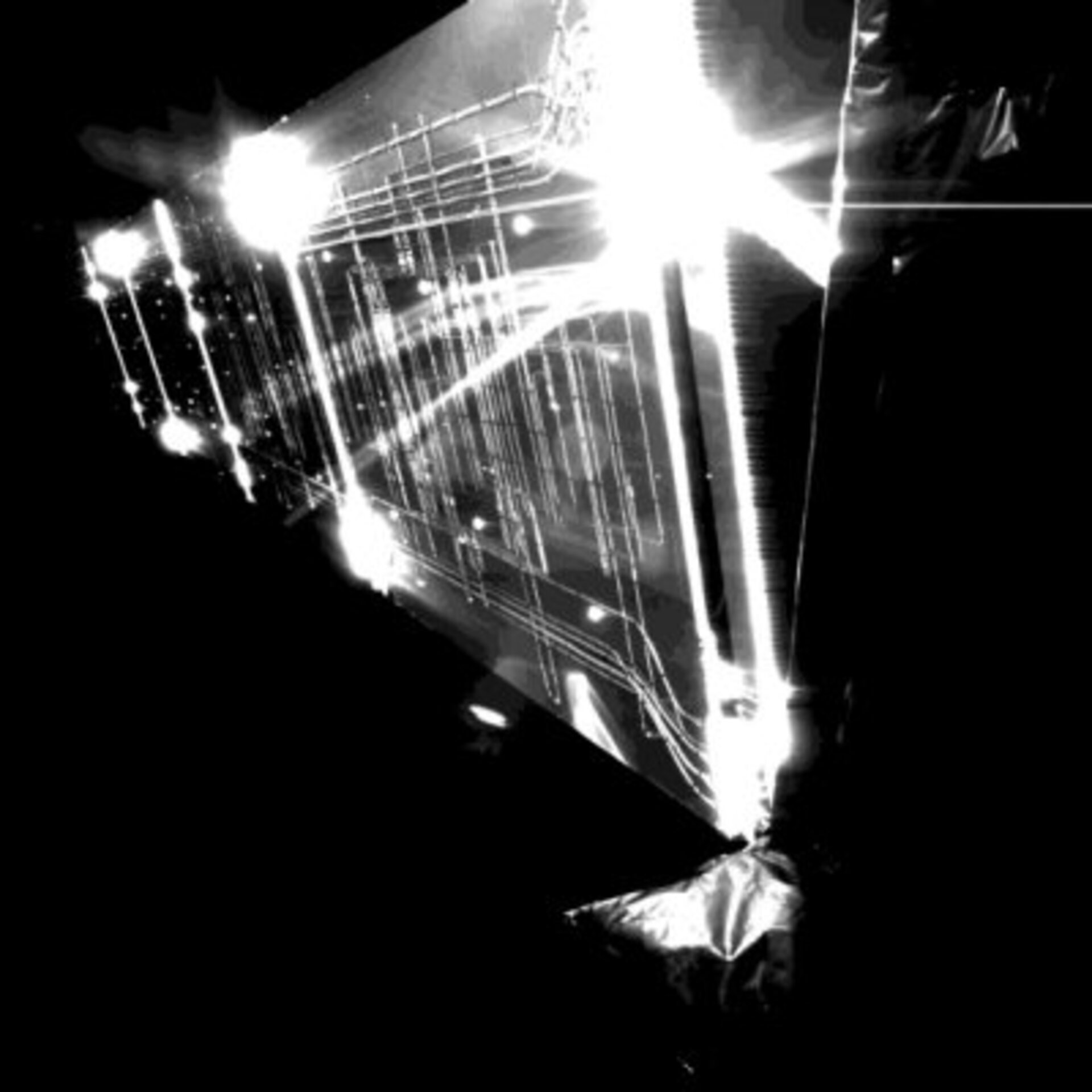 ESA's Rosetta comet-chaser has photographed itself in space at a distance of 35 million kilometres from Earth. The CIVA imaging camera system on the Philae lander returned this image as part of its testing in May 2004.

The back of a solar panel is seen here, with contours on the panel are illuminated by sunlight and surfaces of the spacecraft main body are recognisable at lower right.

The CIVA imaging system consists of six identical micro-cameras which will take panoramic pictures of the comet's surface, when Rosetta arrives at its target in ten years' time. A spectrometer will also study the composition, texture and albedo (reflectivity) of samples collected from the surface.