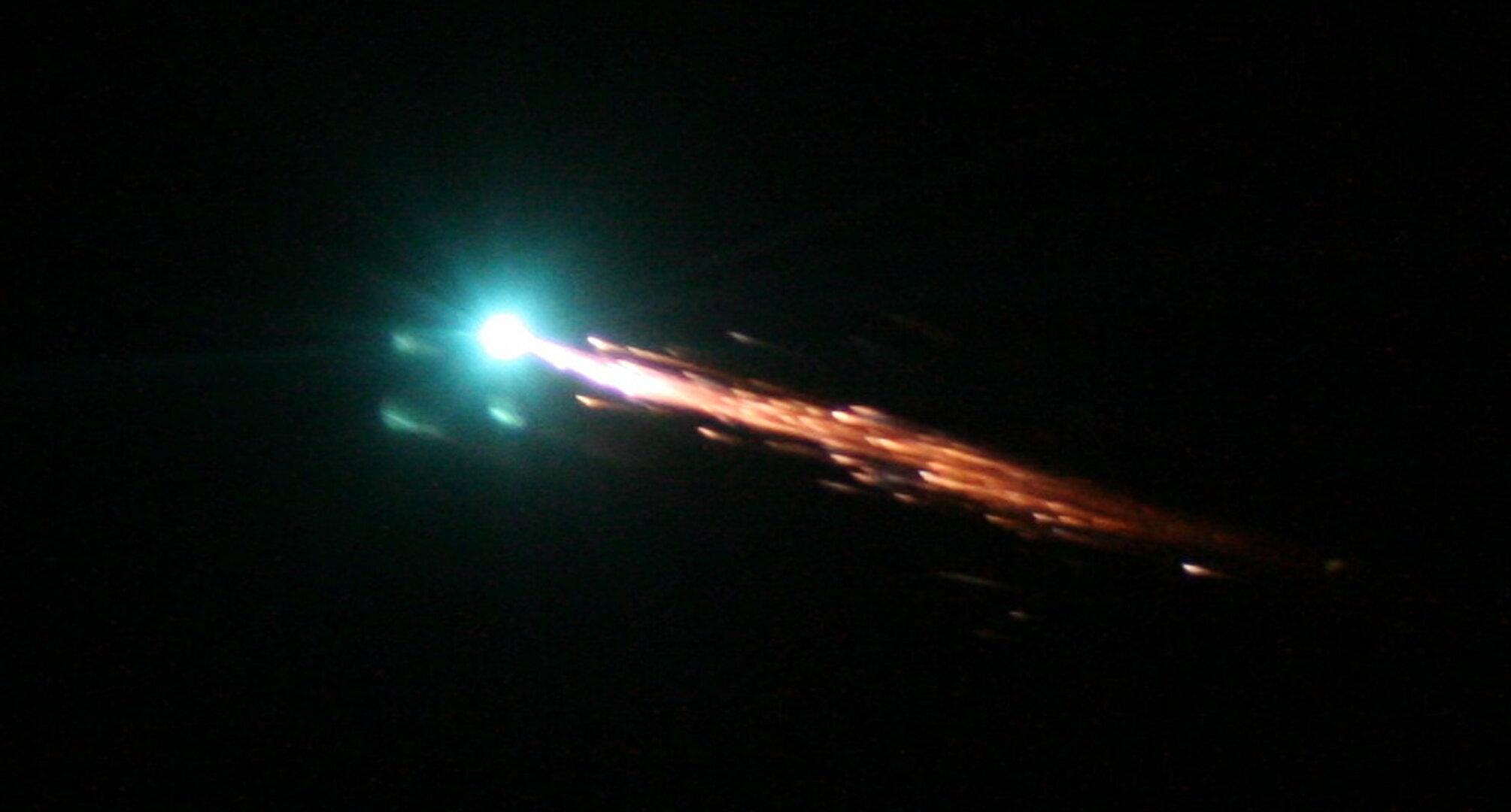 ESA’s ATV Edoardo Amaldi’s time is near. Next week the spacecraft will undock from the International Space Station and burn up in Earth’s atmosphere, its hugely successful mission coming to an end six months after launch.

ATV Edoardo Amaldi will undock during the night of 25/26 September, and, just 24 hours later, will be commanded to perform a controlled destructive reentry high over an uninhabited area of the South Pacific.

Automated Tranfer Vehicles (ATV) supply the Space Station with all the essentials to keep Earth’s only permanent microgravity laboratory operating smoothly. Edoardo Amaldi, ESA’s third cargo ship in the series, delivered about 3400 kg of oxygen, air, water, equipment and food to the astronauts orbiting our planet.

ATVs are the largest cargo ferries to visit the Space Station and Edoardo Amaldi was the most heavily packed ATV with dry cargo to date.

Each day, the Space Station falls back to Earth by a tiny amount, and every so often needs a push to remain in orbit. When docked, ATV can fire its engines to give its host a boost.

In August, Edoardo Amaldi raised the Station’s entire orbit to above 415 km altitude, the highest it has been since the first Space Station module was launched in 1998.

Supply ship, extra crew quarters and extra engine for the Space Station – ATVs are versatile ships that dock autonomously under the watchful eyes of ESA and French space agency CNES experts from the ATV Control Centre in Toulouse, France.

When ATV leaves, the astronauts on the ISS will have one room less in which to work. Luckily the loss is only temporary as ATV-4 has already arrived at its launch site in Kourou, French Guiana.

ATV-4, named after Albert Einstein, is ready to take over the tasks of Edoardo Amaldi. It will be launched in spring 2013.

“The increasing pace of ISS science exploitation means that new crew and station supplies are already needed, so there’s not much rest time before ATV-4 goes up" says Massimo Cislaghi, ATV-3 and ATV-5 Mission Manager.

“With each flight, our mission team becomes just a little better at managing and flying the most sophisticated spacecraft ever built in Europe.”

Work on ATV-4 started shortly after ATV-3. It will follow so closely that the Control Centre was already sending it test commands at the manufacturing facility in Germany while ATV-3 was still in orbit.

When ATV Edoardo Amaldi leaves the Space Station it will fulfil one last task, it will take out the rubbish as it leaves. The spacecraft has been loaded with waste from the Space Station that will burn up on reentry.

“ATV-3 has been an excellent vessel and has fully performed all tasks we’ve asked of it and, on a few occasions, even a little bit more,” added Massimo.