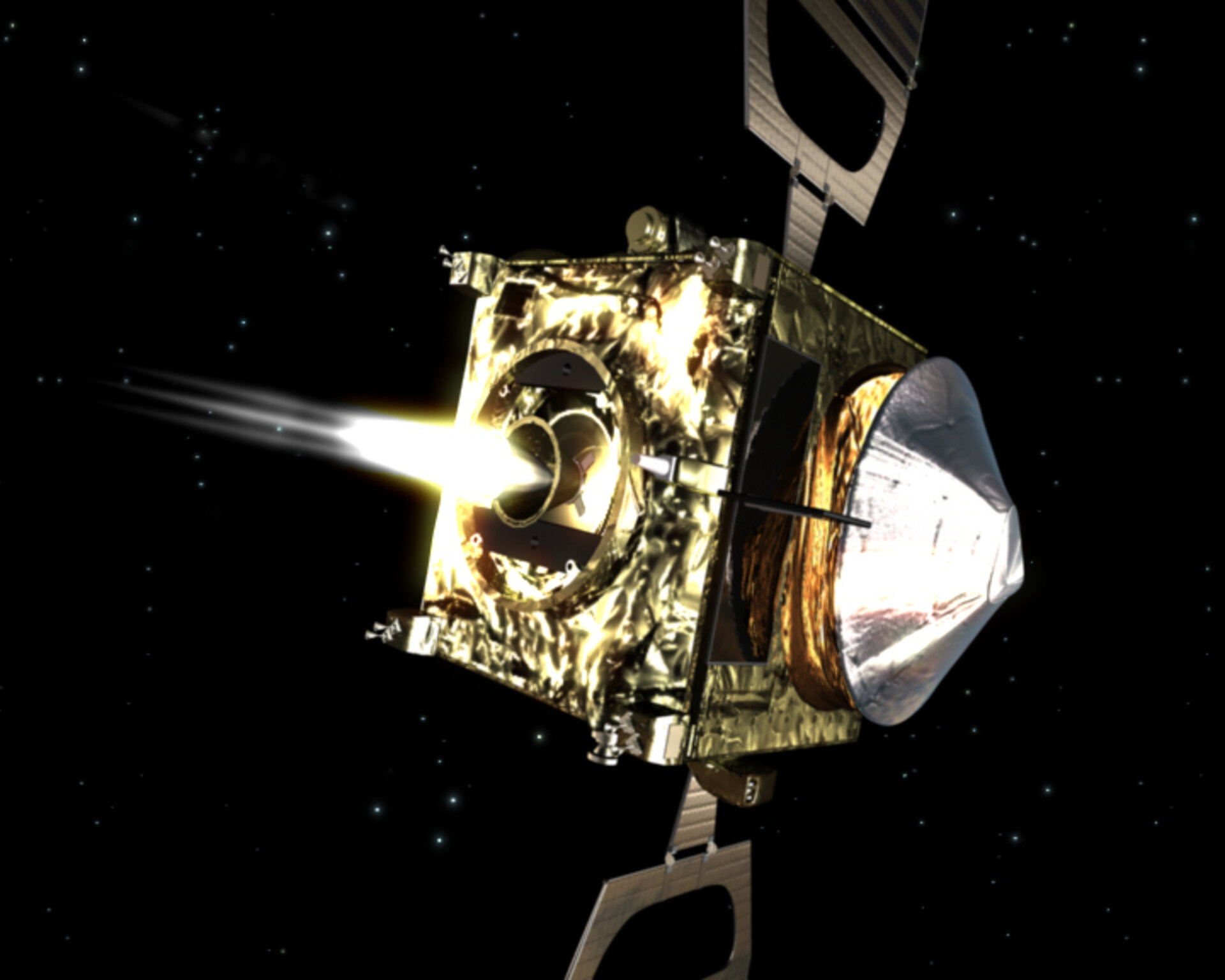 One hundred days after beginning its cruise to Venus, ESA’s Venus Express spacecraft successfully tested its main engine for the first time in space.

The main engine test is a critical step in the mission. In fact, it is due to its powerful thrust that Venus Express will be able to ‘brake’ on arrival at Venus. The spacecraft must slow down in order to be captured in orbit around the planet.

The engine was fired during the night of 16/17 February, starting at 01:27 CET (00:27 UT) and the ‘burn’ lasted for about three seconds. Thanks to this engine burn, the spacecraft changed its velocity by almost three metres per second.

About one hour later, the data received from the spacecraft by the Venus Express ground control team (via ESA’s New Norcia antenna in Australia) revealed that the test was successful.

The engine performed as expected. The spacecraft reacted correctly to the push and was able to recover the control of its attitude and to correctly point its high-gain antenna back to Earth to communicate with ground control.

All data recorded during the burn will now be carefully analysed by Astrium (who built the spacecraft) and ESA’s engineers to study the performance of the engine in detail.

The next big milestone is the Venus Orbit Insertion manoeuvre on 11 April 2006, which will require the main engine firing sequence to operate for about 51 minutes in the opposite direction to the spacecraft motion. This braking will allow the spacecraft to counteract the pull of the Sun and Venus, and to start orbiting the planet.

Venus Express is currently at a distance of about 47 million kilometres from Earth.