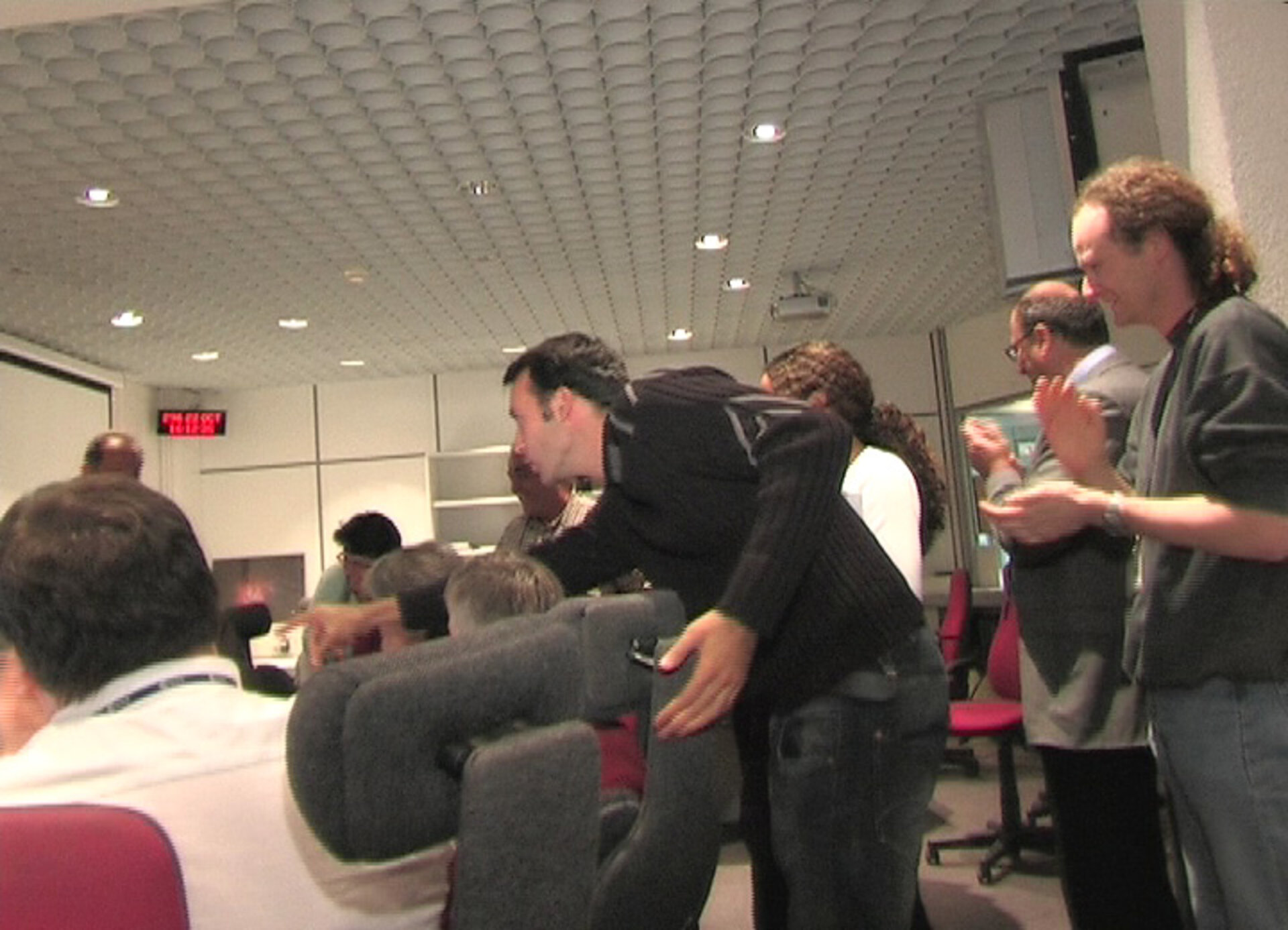 XMM-Newton, ESA’s X-ray observatory, has re-established communication contact with Earth, showing that the spacecraft is safe and fully under control. The news was confirmed this morning by the mission control team at ESA’s European Space Operations Centre (ESOC) in Darmstadt, Germany.

Radio contact was re-established on Wednesday 22 October around 18:00 Central European Summer Time (CEST). This followed an unexpected radio silence from the spacecraft which started on Saturday 18 October 2008 when XMM-Newton, coming out of a nominal period of non-radio visibility along its orbit around Earth, did not succeed in sending the expected signal to Earth.

Fearing the worst, teams at ESOC and other ESA establishments, supported by industry, immediately started studying the situation and performing the first attempts of recovery. The first signs of hope arrived on Monday evening when images obtained by the Starkenburg Observatory in Germany confirmed that the spacecraft was intact and did not give any sign that it was tumbling. This fact was also confirmed by many other ground observatories from all over the world that had answered XMM-Newton’s call for help.

The initial hopes were then confirmed on Tuesday morning when ESOC ground controllers, using ESA’s 35-metre ground station in New Norcia (Western Australia), managed to establish a feeble two-way communication path to the spacecraft. This suggested a failure in the on-board Radio Frequency (RF) switch – an important clue for the experts that could then focus on more targeted solutions.

Once these solutions were simulated and validated on ground, the final recovery action started. Ground controllers made use of the NASA 34-metre Deep Space Network ground station in Goldstone (California), which is located in a favourable position for times when XMM-Newton is closest to Earth (perigee passage). They sent a command that allowed the RF switch to go back to its last working position and then managed to get radio contact with the spacecraft with ESA’s 15-metre ground station at ESA's European Space and Astronomy Centre (ESAC), near Madrid, Spain.

“XMM-Newton is now safe and fully under control,” said Dietmar Heger, XMM-Newton Deputy Spacecraft Operations Manager at ESOC. “It’s been a thrilling moment for our team. We even feared the spacecraft could be lost, but hard team work and a good star helped us turn this into a new success story for ESA.”

“XMM-Newton has been in orbit for almost nine years, investigating the violent Universe as never before and providing discovery after discovery” added Arvind Parmar, XMM-Newton Mission Manager at ESA’s European Space Research and Technology Centre (ESTEC) and Head of the Astronomy Science Operations Division at ESAC. “It’s a big relief to know we can still count on this great spacecraft. We thank all the teams which have worked non-stop in the past days to make this possible, and our colleagues at NASA who made their 34-metre station available.”