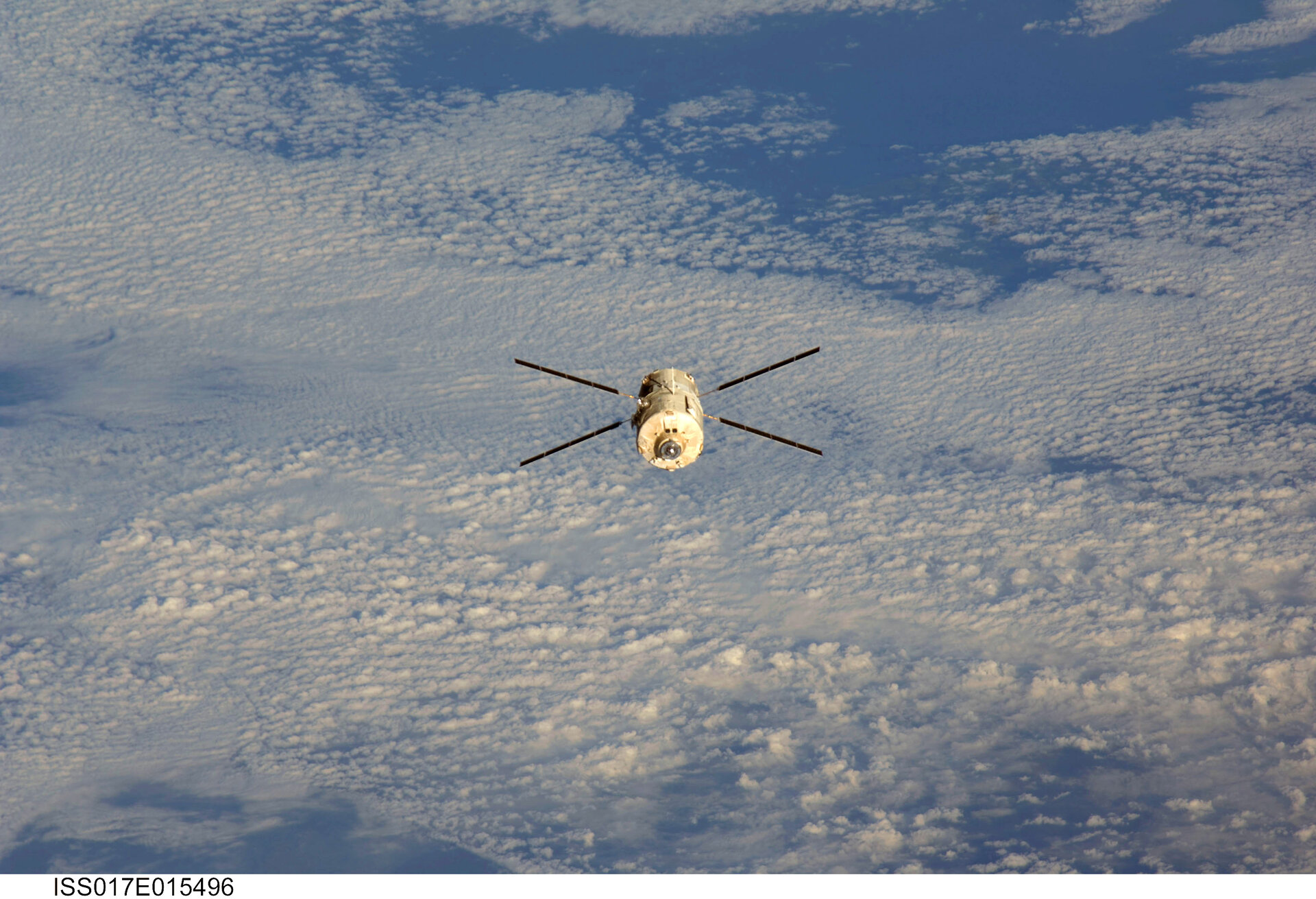 Following a final deorbit burn at 14:58 CEST which slowed its velocity by 70 m/s, the ATV entered the upper atmosphere at an altitude of 120 km at 15:31 CEST. It broke up at an altitude of 75 km with the remaining fragments falling into the Pacific some 12 minutes later.

The ATV has proved what a key ISS logistics vehicle it is. Following its 9 March launch on an Ariane 5 rocket from Europe’s Spaceport in French Guiana, the ATV delivered 6 tonnes of cargo to the International Space Station, to which it remained docked for five months. This included ISS reboost and refuelling propellants, water, oxygen and 1.3 tonnes of dry cargo including food, clothing, spares and other items. During its mission, the ATV displayed the full range of its capabilities, including automatic rendezvous & docking, four ISS reboosts to a higher orbital altitude to offset atmospheric drag, ISS attitude control, performing a collision-avoidance manoeuvre when fragments of an old satellite came within the Station’s vicinity, and on its final journey offloading 2½ tonnes of waste.

“This mission is a fantastic accomplishment which caps a great year of human spaceflight for the European Space Agency”, said Simonetta Di Pippo, ESA’s Director of Human Spaceflight. “Together with the Columbus laboratory, the ATV has really shown how far European capabilities have developed in building, launching and controlling space infrastructure. Europe has now taken a further step towards its capability of being able to transport and return cargo and astronauts to and from space and helping to define the global picture for human spaceflight from the ISS to future exploration activities.”

Following its undocking on 5 September, the ATV had spent 23 days carrying out “rephasing” manoeuvres to bring it to the correct position behind and underneath the ISS. This predefined position allowed the re-entry to be viewed and recorded from the Station itself, as well as from two specially-equipped observation planes located in the vicinity of the ATV’s flight path in the skies above the South Pacific. This observation campaign will serve to determine whether the vehicle’s break-up matched the computer modelling.

“Credit has to go to everyone involved in such a flawless mission.” said John Ellwood, ESA’s ATV Project Manager. “Not only to the ESA and industrial teams that brought the project to fruition, but also to the teams at the ATV Control Centre and around the world who have done a superb job while the spacecraft has been in orbit. This is truly a wonderful spacecraft, and vital to the continued service of the ISS following Shuttle retirement in 2010. I look forward to the launch of the next ATV, which is currently under production at EADS Astrium in Bremen, Germany.”