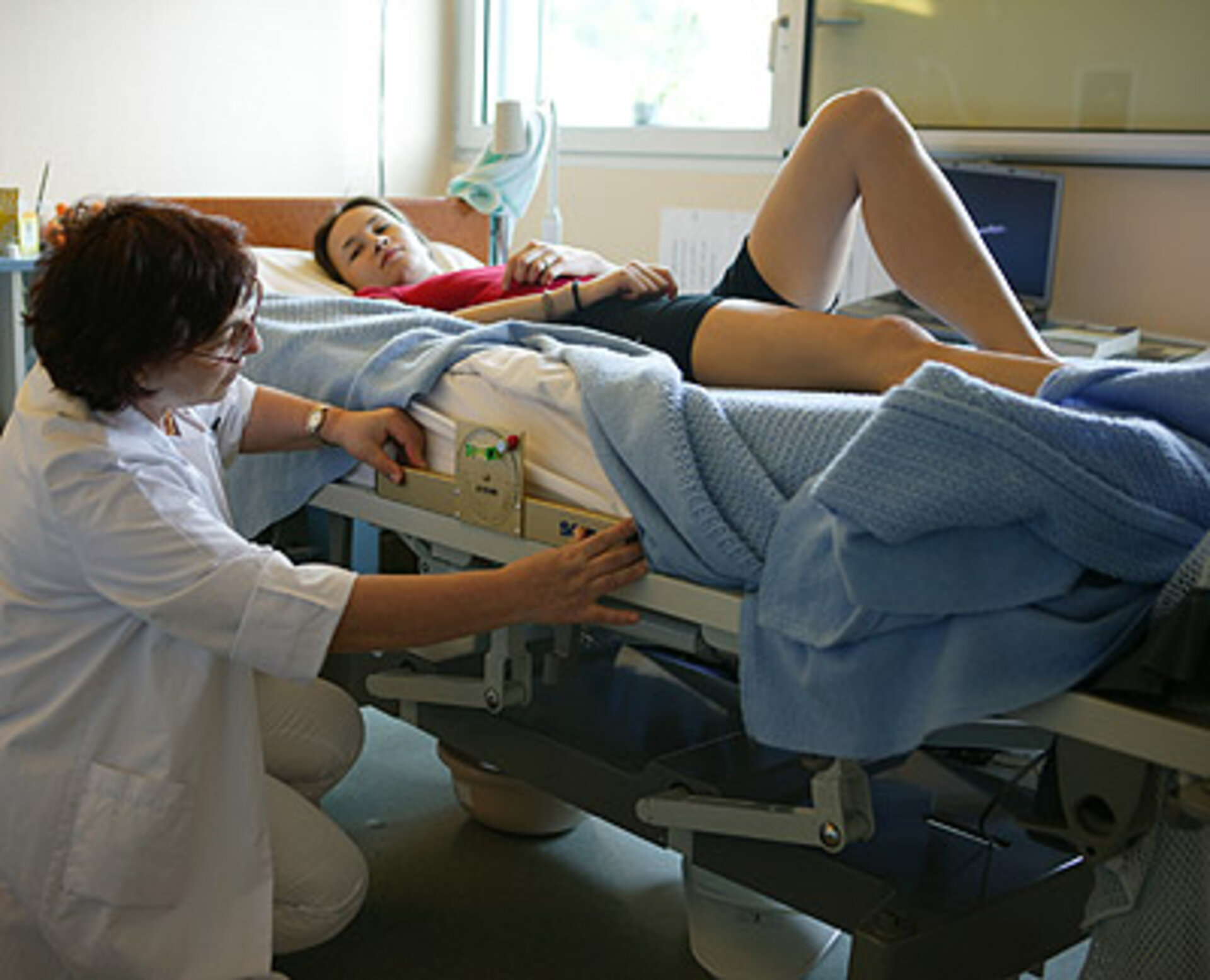 After just few hours of bed rest we discovered that the range of things we were able to do in bed was quite limited. The most obvious ones were reading, writing, studying, talking to your roommate or to others on the phone, but in the long term even the most interesting tasks became boring if we continued to do them for a too long.

We soon understood that in order not to get bored we needed to work out a daily routine. And so we did: at around 07:00 we were woken up and weighed. This was followed by breakfast. Soon afterwards the nurses brought us basins of water so we could wash our faces and brush our teeth. Changing out of pyjamas into clothes in the morning and making the bed (or more correctly asking nurses to do so) was for me the substitute for getting up in normal everyday life.

Usually between 09:00 and noon we had free time, I used that time to study. Looking back studying was a very good thing to do - it always reminded me about the world that I left outside the clinic, a world that still existed but which I couldn't see.

Lunch was always at noon. After lunch I would read a book or spent some time talking with Elisabeth, my roommate. Then at about 15:00 I would try to take shower, but it always depended on the other girls as well, as there were only two showers for the 12 of us.

At 16:00 it was time for a snack. Soon after that the physiotherapists came to give us our daily massage. This was always a really nice moment, not only physically - we really cherished having another person in our room, somebody to talk to. It was always very relaxing. Usually after the massage there was not much time until dinner at 19:00. In the evenings we often watched films together before going to sleep at around 23:00.

I was in the nutrition group, which meant that I was not allowed to do any exercise and my intake of proteins was much higher than that of other girls. I had to take a solution of amino acids three times a day with my meals, sometimes more than one portion at a time depending on the quantity of proteins in the rest of the food. The taste was quite horrible, but I reminded myself every time that drinking it may save at least some of my muscles.

I easily got used to staying in bed all the day and having to do everything in that position, but I missed physical exercise a lot. I have done sports all my life, and the difference in the lifestyle was huge. To help keep up my spirits I started making travel plans for the future, such as going to Beijing with the Transsiberian railway or cycling around the Baltic Sea.

The days went by very quickly - all the everyday things, like taking a shower or getting dressed, took much more time than usual in bed. I often had the feeling I had planned to do too many things. Before the bed rest I wasn't sure what to expect, so I took plenty of books with me, just in case. It proved to be a good thing, I read almost all of them, and then borrowed many others from the other girls.

Studying went slow, even though I ended up doing a fair amount anyway. It was sometimes difficult to concentrate for long periods of time, and the position didn't help either. For me, serious studying should be done at a desk, and quite often reading in bed made me sleepy. I soon understood though that I couldn't have those little naps during the day; otherwise I wouldn't be able to sleep at night!

Keeping in touch with the people close to me took up a lot of time as well. I am used to not seeing my parents as they live about 2000 km away, so the bed rest didn't change our relationship - we simply continued talking on the phone every few days and exchanging an occasional email. It was different with my friends though - I'm a very social person and I like to be amongst friends. During the first 20 days when we could still walk we were very busy with various tests, so I didn't have much time to think about it, but during the bed rest I missed my friends a lot. Fortunately the staff at the hospital were very nice, and after few days they started coming to our room just for a chat, which I really appreciated.

All those everyday things like taking a shower or going to the toilet are quite different when you are lying down. But nothing is more difficult than normal, just different, and we simply had to get used to the new conditions.

Taking a shower on the shower bed was comfortable, probably even more comfortable than standing! I just had to take care not to drop anything, as I wouldn't be able to reach it! That happened quite a lot at the start of the study, but then I learnt to think about it. It's a very strange feeling when you take a shower head-down. All the water flows towards your head and not to your feet! And all the items you need in the shower, soap, shampoo etc along with it!

Food was quite a big concern for everybody, as each week for three months we had to eat the same meals, and we had to eat everything that was served to us. I think food of any kind becomes dull and tasteless if you continue eating it for such a long time. After a few weeks I started using a lot of spices to make my meals a little bit different.

There were also interesting meals: every Tuesday we ate space food - tinned food prepared to be taken to the Space Station. It was very interesting to be able to taste the same meals that are eaten in space! Also on Thursdays the food was intriguing - it was prepared mainly with ingredients that could be grown on a space ship, for example during a long flight to Mars.

Before coming to the clinic I didn't have the slightest idea who I would be living with. Psychologists who had done interviews and tests with us earlier decided it all, but we didn't know the results yet. I am very happy to have had such a roommate as Elisabeth - we shared a lot of time during the bed rest and became very close.

I am sure that without Elisabeth the time I had to spend in bed would have been much more difficult. The first 20 days most of our free time was spent together with all the other volunteers and we got to know each other. Once the bed rest started it became much more complicated to meet, and we spent that time mostly with our roommates. That is why this person became so crucial for our mood in there.

After just a few hours of bed rest I could feel the pressure building up in my head. It was a very strange feeling, as if liquid was about to come out through my ears and nose. Fortunately the sensation lasted only a day.

During the second week the muscles in my legs started to get smaller – the muscle-wasting went even faster in the third week. During the second month my body started to react completely different to normal, for example, I started getting allergies even though I have never been allergic to anything before.

I quite easily got used to lying down. It was an interesting experience, very different from normal life, and that's how I always tried to look at it. During the bed rest we depended on other people for almost everything, from brushing our teeth to bringing our meals, and that can be difficult to accept sometimes.

It was very important to remember that it was only a temporary situation, and I always tried to treat it as a game and that's why lying down wasn't especially difficult for me. That's also why I never seriously thought about standing up during the study - it would have been like walking off the pitch in the middle of a big match.

That said, I have to admit that getting up was the nicest moment of all the study. I could finally feel my muscles again. I didn't have to look up to see other people's faces. I could go and get things I needed myself. I still had to wait until I was allowed to do sports again, but at least I could walk!